Our engines were revving upon seeing Princess Charlene step out for the 24 Hours of Le Mans on Saturday, June 15. The 41-year-old former Olympian opted for an edgy ensemble at the race, one rarely seen in the buttoned up sea of royals floating through engagements. Her black leather jacket alone was a bold statement with its studded notch lapel and zipped cuffs. As she whirled around the Circuit de la Sarthe raceway in north-west France, we saw further proof of the royal’s more casual side.

Grease Lightning! Princess Charlene was biker chic at the races

The mom-of-three completed her casual look with a white t-shirt, black skinny jeans and a pair of leather sneakers. From the moment she arrived, she received the VIP treatment at the historic competition. First, Prince Albert's wife was greeted by Jean Todt, two-time winner of the race which literally lasts for 24 hours.

MORE: Princess Charlene and her twins give us the cutest gift 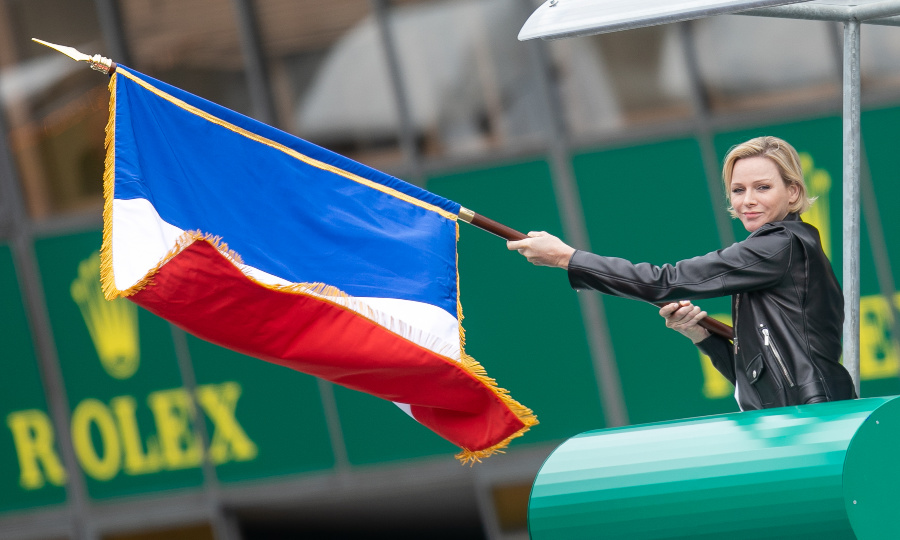 Charlene was then given a tour of the facilities, mingled with other top racers and got fitted with her very own Porsche helmet by an official at the raceway. The beauty soon put her helmet to the test as she hopped in a Porsche racecar and was treated to a personal lap of the course by driver Francesco Castellacci.

GALLERY: GRACE KELLY AND MORE ROYALS WHO WERE BORN IN AMERICA 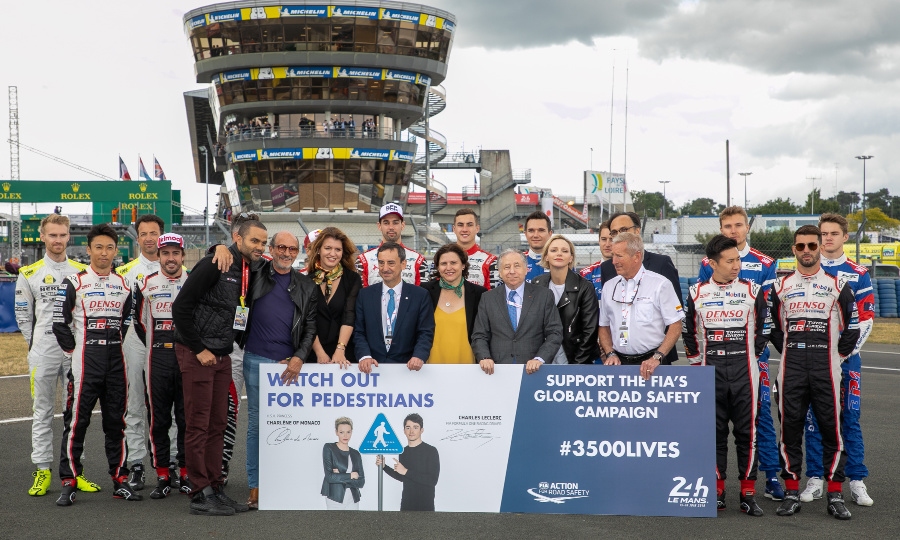 The South African princess literally started and finished the race. She had the honor of waving the French tricolore to signal the beginning of the grueling endurance contest and later participated in the winner's ceremony. Charlene was in attendance as a #3500LIVES Ambassador for the FIA Foundation, which promotes road safety around the globe. In a group photo for the foundation, Charlene was seen with fellow ambassadors and Eva Longoria's ex-husband Tony Parker.