Happy birthday, George! It's official, Kate Middleton and Prince William's eldest son is a 6-year old little man, and what a better way to celebrate the joy than sharing with the public beautiful pictures of the youngster. This is exactly what his parents, the Duke and Duchess of Cambridge have decided to do, but these are very special images, as the one behind the lens is the talented Kate Middleton. She has perfectly captured her son's personality in the photos, giving a glimpse of how the little one really is when there's no official commitment involved. Out of the three shared pictures, two were taken at Kensington Palace, whereas the third one shows the little prince during a recent family holiday. Although it is not confirmed, some media suggest it might have been taken in Mustique, where the Cambridges are currently spending a well-deserved break. It wouldn't be the first time George celebrates his birthday in the idyllic Caribbean island. He did so last year too! 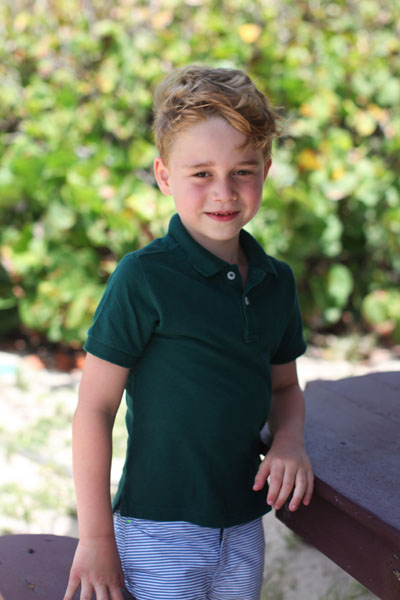 George smiling to the camera in a green polo shirt and blue and white shorts. This is the picture taken during recent family holidays

In two of the pictures, George proudly poses with the white England soccer home shirt. As any kid his age, he's into sports and loves soccer. We could see him playing with little sister Princess Charlotte in his last public outing during the King Power Royal Charity Polo Day, where he also spent time with cousin baby Archie and brother Prince Louis. It has also been revealed George is a talented tennis player! Roger Federer, a good friend of the royal family, was impressed after some private lessons with him: "He has a good technique," the Wimbledon champion said when asked about it. 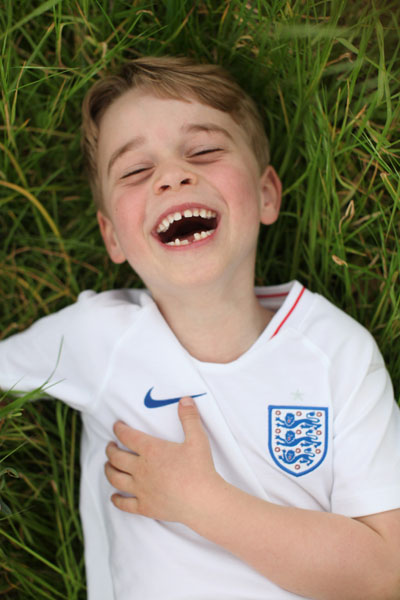 Prince Harry and Meghan Markle sent their best wishes to George: "Happy Birthday! Wishing you a very special day and lots of love."

The beautiful images show a happy and confident George, smiling and full of life, thanks to the talented artist taking the pictures, someone he adores and trusts, mom Kate! The Duchess of Cambridge is an avid photographer and has shared photos of her family on many occasions showing important milestones in her children's life.

RELATED: Prince George played tennis with this Wimbledon megastar - who was it? 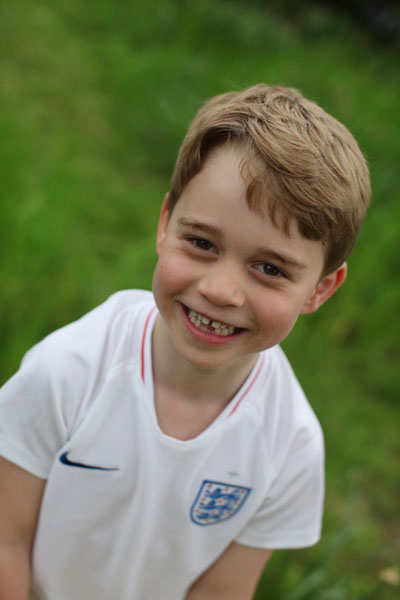 As patron of the Football Association, Prince William will be proud of George posing in the England soccer team shirt