More baby Sussex Archie Harrison news! By now you've heard that the little bebé was given the name Archie Harrison Mountbatten-Windsor by his parents Meghan Markle and Prince Harry.  And according to a royal source, they chose those names because they “simply liked [them],” but could it be that the royal couple got some inspiration from Archie's cousin, Prince George? 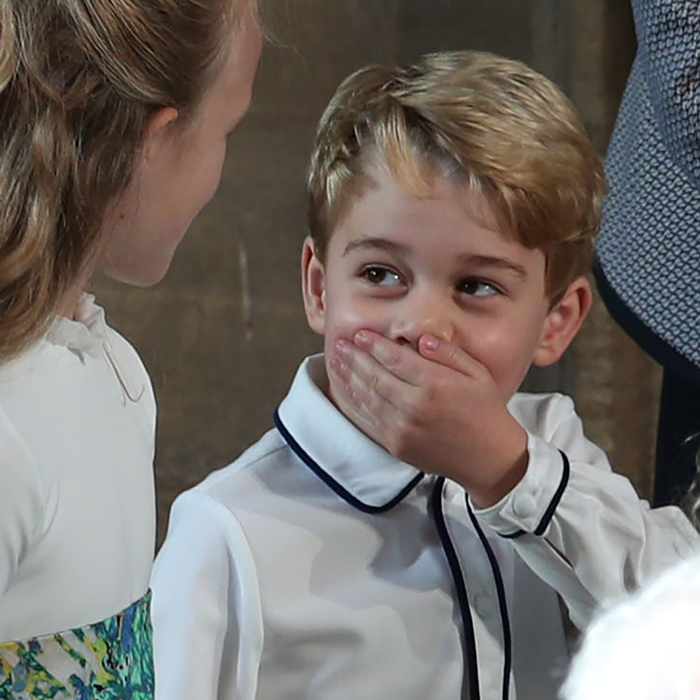 In January 2019, Prince George told a stranger in Berkshire that his nickname is Archie

Rewind four months, when it was a crisp January afternoon in Berkshire and the little Prince was taking a stroll with his grandmother Carole Middleton and younger sister Princess Charlotte. The two siblings were playing along the stream when a woman and her pet dog crossed their path.

MORE: This is the reason behind Meghan Markle and Prince Harry's unique name choices

“I was asked by a police minder not to take a photo of the children, which I didn’t, but George started stroking my dog," the woman told British newspaper the Sun. As any polite person would do, the woman chatted with the young Prince. "Just to be friendly I engaged in a bit of small talk and I asked George what his name was, even though obviously I knew it." This is where the plot thickens...

"To my astonishment he said, ‘I’m called Archie,’ with a big smile on his face," the woman revealed. "I don’t know why he calls himself Archie, but kids often play with their names and I think it’s lovely.”

After Archie Harrison's name reveal on Wednesday, many royal fans who knew the cute story were convinced that George had been in on the big secret and let it slip. But the most likely scenario is that it was an alias name, which he has been told to give to any strangers who ask as a security measure. But whether Meghan and Harry knew, and were inspired by it, remains to be seen.

In May 2019, Meghan Markle and Prince Harry announced their baby's name is Archie Harrison Mountbatten-Windsor

The only people who know for sure are Archie Harrison's parents, but one thing is certain - George and his new little cousin will share adorable playdates.