Being a future King comes with perks, like playing tennis with a Wimbledon champion. While at the tennis tournament on Tuesday, July 2, Kate Middleton reportedly revealed that her five year old son Prince George played the sport with Roger Federer, his favorite player. Rodger is a family friend of the Middletons. The Swiss tennis pro and his wife Mirka were guests at Pippa Middleton and James Matthews’ 2017 wedding. Kate has also previously revealed that the athlete is her mother Carole's "heartthrob." 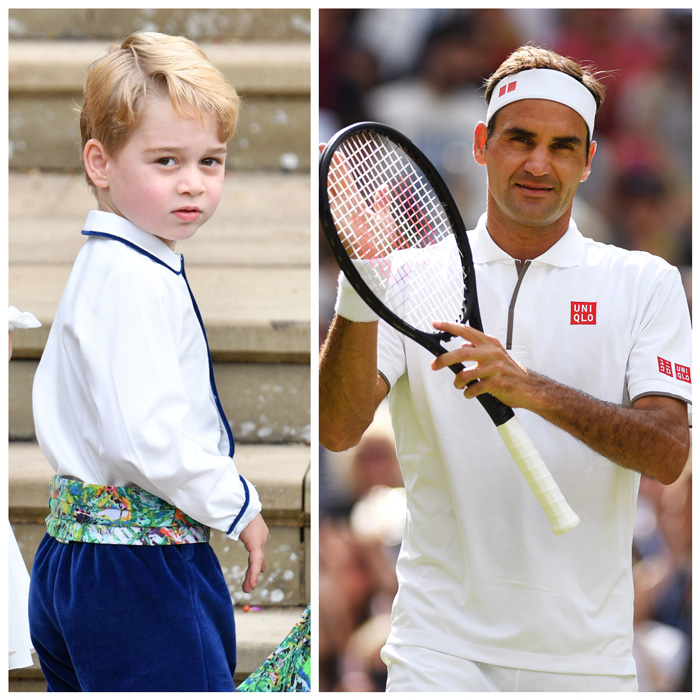 George certainly appears to be following in his mother’s foosteps. Kate, who is a regular fixture at Wimbledon and cheered Roger on this week, is known for her love for tennis, and is patron of the All England Lawn Tennis Club, a patronage she took over from the Queen.

MORE: Find out which chores Prince George helps with

Last year, Prince William revealed that he was trying to get his kids into the sport. While speaking to tennis star Novak Djokovic, the Duke admitted, "[I'm] trying to get a tennis racket in their hand – and a football!” William and Kate have a tennis court at their country home in Norfolk, Anmer Hall. 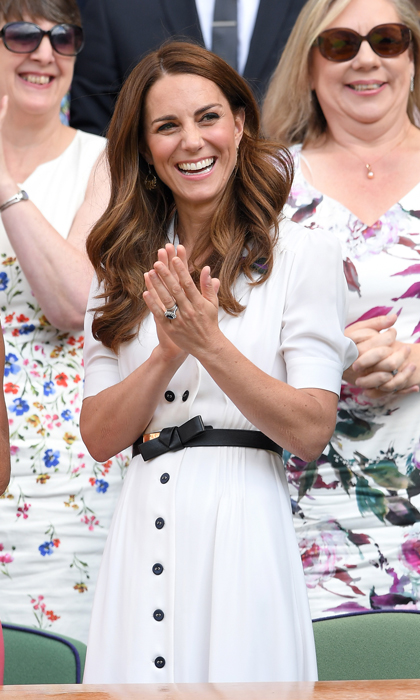 The Duchess of Cambridge is an avid tennis player

Tennis was very much a part of Kate's upbringing. In the 2017 BBC documentary Sue Barker: Our Wimbledon, the Duchess confessed, “I have watched Wimbledon, that was very much part of my growing up. It's such a quintessential part of the English summer, and I think it really inspires youngsters, myself, it inspired me, when I was younger to get involved in the game. It hasn't changed either, I think that's what's so wonderful.”

Before she joined the royal family, Princess Charlotte's mom would queue up for hours to attend the tournament. "Being able to go into Wimbledon and be part of what is so amazing there, the atmosphere, is incredible, whether you're sitting on Henman Hill or are fortunate enough to be in one of the Center Courts," Kate said. "Every time Wimbledon is on I am thinking, 'Yes, I could do the same' and get out the racket. Sadly, never the same results."