Royals, they’re just like us! Prince George is taking his role as the oldest of the Cambridge children seriously. Prince William and Kate Middleton’s five-year-old son already has chores. In a recent report by The Sun, it was revealed that the little future King goes to the door with his father to pick up their groceries. When the Waitrose van dropped off the family’s order at their Amner Hall country home, George was ready to help, asking his father which bag to grab. The staff from the market were “surprised and delighted” to be greeted by George and William. 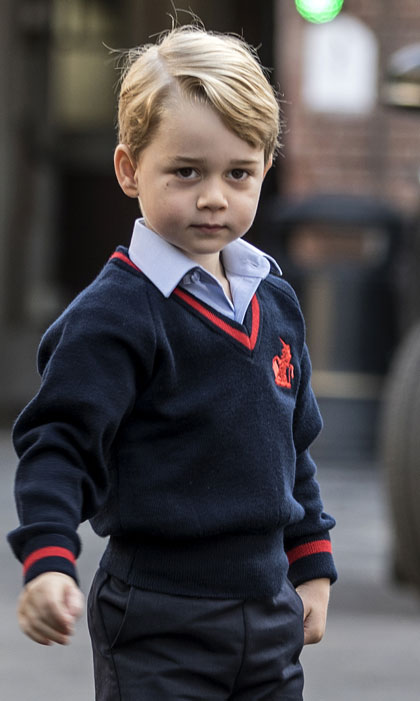 While the gesture may be a big deal to royal watchers, this isn’t the first time that George has offered to help his parents. “George is always particularly helpful and is the one who asks each time what he can carry for them,” a source said. “He is a very inquisitive child.” George is no doubt growing up right before the world’s eyes. His big boy personality and independence was on display in May, when he joined his family for Kate Middleton’s Chelsea Flower Show exhibition. During the event, George made his way around the special exhibit with his four-year-old sister Princess Charlotte.

The pair were seen putting their feet in the water and riding the tire swing. Meanwhile, little Prince Louis, one, spent some time running around with his parents and getting some quality camera time. Kate’s special event got her oldest son’s seal of approval. When asked by William to rank the space – George paid his mother the biggest compliment. “What would you give it out of ten George,” the 37-year-old asked. 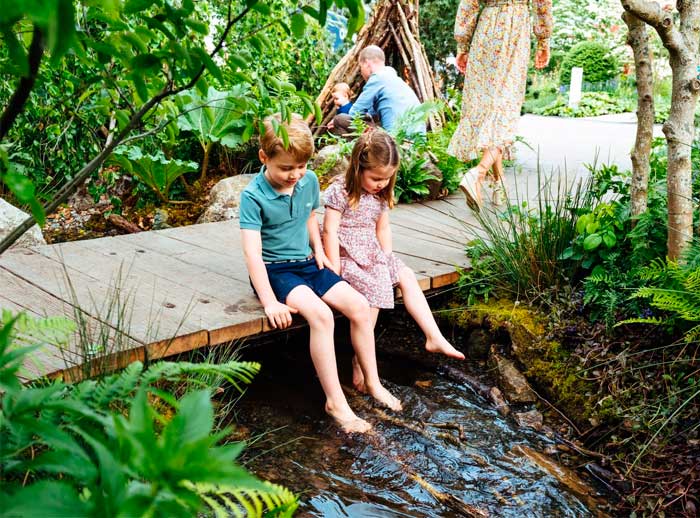 “How many marks out of ten would you give it? With ten being the highest? “Twenty,” the cheeky Prince replied. “That’s pretty good, I think mummy’s done well,” William replied. Kate, who was nearby, couldn’t help but react, saying “How amazing is that?” With a new school year starting, and his little sister joining him, we’re sure that we will hear more about George’s helping hand, and we honestly can’t wait.