On Thursday, June 6, Prince Harry stepped out for a very important royal engagement. He paid a visit to the Royal Chelsea Hospital for the annual Founder's Day Parade to celebrate the founding of the veterans hospital. The visit was especially significant because it coincided with the 75th anniversary of D-Day. "I am honoured to be at the Royal Hospital today as your reviewing officer once again, on this the 75th Anniversary of D-Day," the Duke of Sussex said in a speech delivered on site. For those royal watchers who follow all things Prince Harry and Meghan Markle, will also notice this day is special for the royal couple because it marks the one month anniversary since they welcomed their first child Archie Harrison. 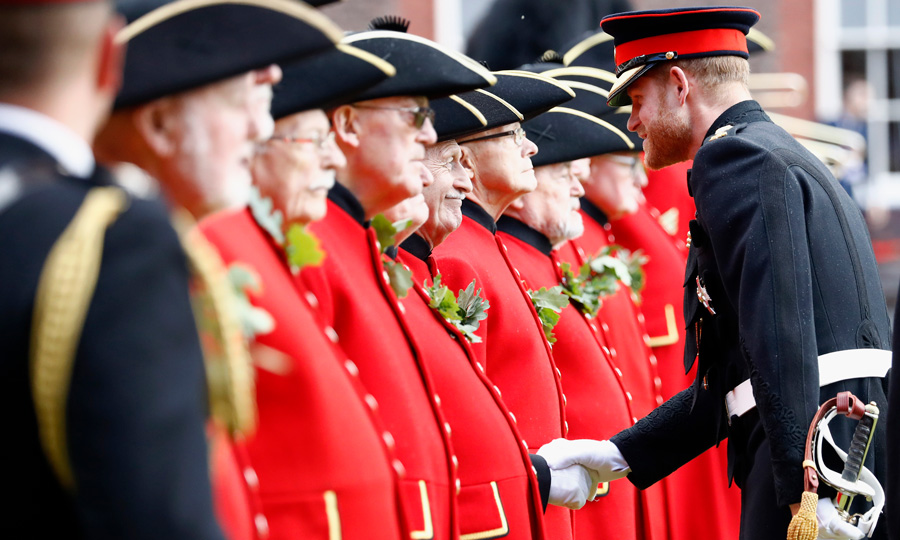 VIEW GALLERY On June 6, Prince Harry paid a visit to the Royal Chelsea Hospital for the annual Founder's Day Parade

The Royal Chelsea Hospital, which was founded by King Charles II in 1681, houses over 300 British veterans, many of whom served in World War II. During his visit, the Duke of Sussex met with 'The Chelsea Pensioners,' the name given to veterans who currently reside at the hospital, and spoke to six veterans of the Normandy Landings.

"Not only is today a prominent historical occasion, it is also a special day in the Royal Hospital calendar - bringing together families, old friends and the chance to make new ones," Prince Harry said during his speech. "Don’t ever underestimate the joy that you bring to everyone you meet. You represent something really quite special, you are special, and society will always recognise that. That is an important part of your legacy....It’s a community that focuses on supporting each other with kindness, respect and compassion, as well as reaching out to serve the wider community."

MORE: Prince Harry had this one royal request during a recent stay at a hotel in Italy 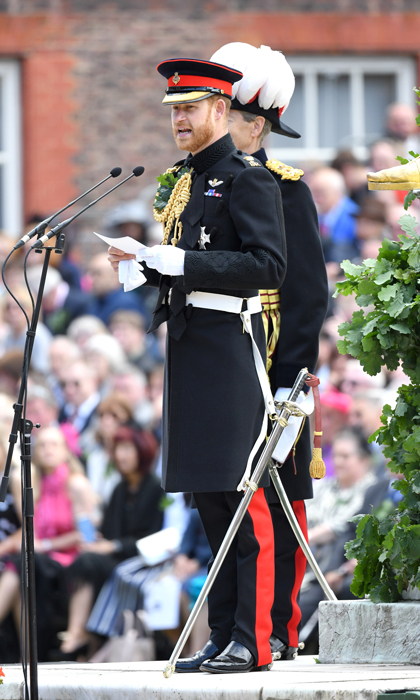 VIEW GALLERY During his visit, which also coincided with the 75th anniversary of D-Day, the Duke of Sussex gave a speech honoring all the veterans

Prince Harry, who served in the British army for a decade, also learned about the hospital's activities and programs, which are critical for the mental health and wellbeing of young and older war vets. At one moment, the Duke spent some time helping a veteran make a poppy emblem—the official symbol of remembrance in the country.

During his speech, Prince Harry also thanked the veterans for their service. "On this 75th Anniversary of D-Day, I can comfortably speak for everyone when I say we are honoured to be in the presence of six Normandy Landing veterans," he said, adding that they are a symbol of freedom. "More widely, wherever you are, your presence is a symbol of the sacrifices that have been made by all veterans to sustain the freedoms and democracy we value so deeply today." 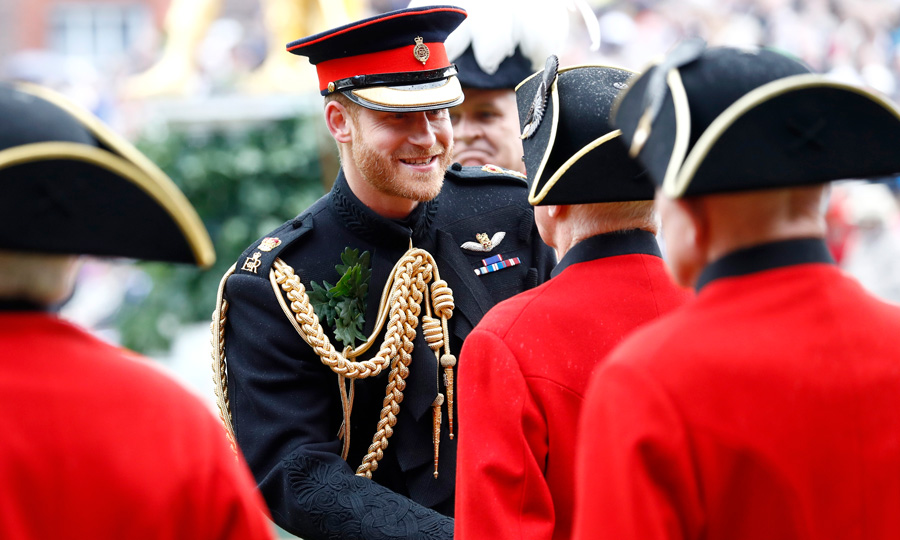 The Duke will spend the day celebrating milestone occasions. Seeing as Chelsea is only an hour away from Frogmore Cottage, it is likely he will go back home to celebrate little Archie's milestone with Meghan and their boy.