It’s official, little Archie has changed his parent’s world! Prince Harry paid a special visit to the Oxford Children’s Hospital on Tuesday, May14, where he opened up about his and Meghan Markle’s brand new baby boy. During a conversation with mother Ida Scullard, who was holding her ten-week old daughter, the 34-year-old royal opened up about his son. “Harry asked me if she was over the stormy period as babies are supposed to be grumpy for the first ten weeks – and she is,” the mother, who also has a three-year-old son Emmett who is in remission from testicular cancer.

CLICK FOR MORE PICTURES FROM HARRY'S SPECIAL DAY OUT 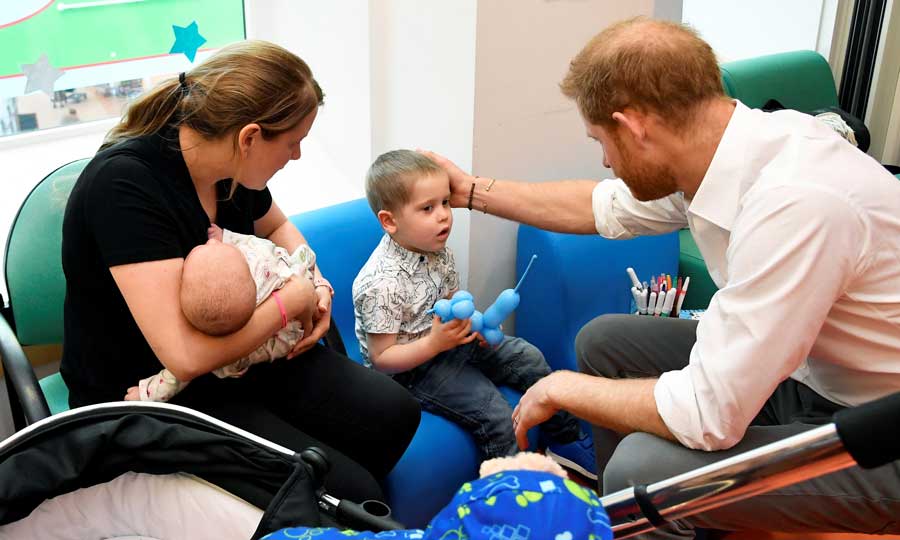 She continued: “He said he’s getting used to the baby and how Archie has fitted into family life. He said he just feels part of the family and he can’t imagine life without his son.” Harry wasn’t the only one who had little Archie on the brain. As he arrived, the royal was presented with a teddy bear from the hospital for his son. As the crowd reacted to the sweet gift, the royal playfully joined in – letting out an "awww."

MEET BABY SUSSEX: HARRY AND MEGHAN INTRODUCE THEIR SON TO THE WORLD

Remaining true to form, the Duke took a walkabout where he received more gifts, including a polished stone with his son's name engraved in it, and hugs. The royal made two additional tops in the city of Oxford. Harry also made a stop at a food bank in the Barton Neighborhood – an engagement that would have been close to his wife’s heart. 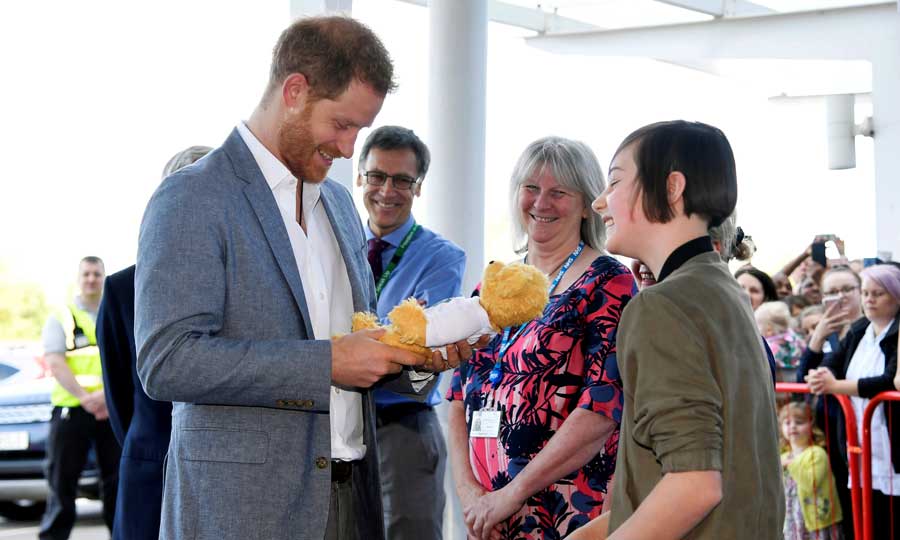 The new dad ended his day at the Rebound Therapy Session at the OXRAD Disability Sports and Leisure Center. Harry’s set of engagements comes a week after he and Meghan welcomed their baby boy Archie Harrison on May 6. Last week, the Duke appeared for his first outing after his son’s birth, where he opened up about the first few days with his new family.