He was sure to be missing baby Archie Harrison and his wife Meghan Markle, but all the same Prince Harry was full of joie de vivre as he touched down in Holland On Thursday to promote the Invictus games. The Duke of Sussex – clearly still on a high after the joy-filled day he introduced his baby son to the world – smiled widely, and joked about his lack of sleep, as he was welcomed by officials and fellow royal Princess Margriet in the Hague.

CLICK FOR MORE PHOTOS OF PRINCE HARRY'S DAY OUT 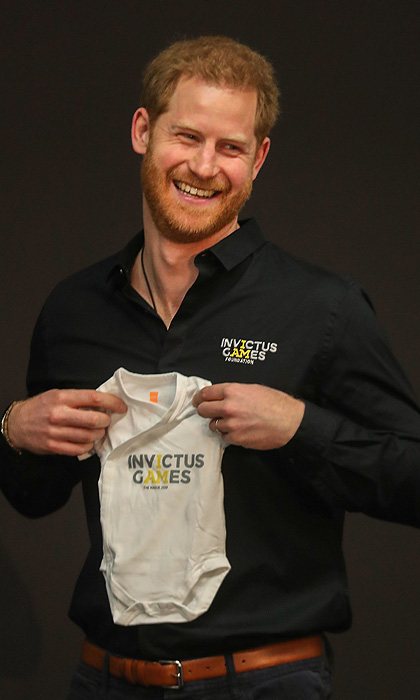 VIEW GALLERY Prince Harry returned to the Hauge one day after introducing his son to the world Photo: Getty Images

There were cries of “congratulations” from well-wishers, many of whom brought gifts for the new little royal as he returned to work to celebrate his "first baby." The Duke was presented with a toy rattle by one, and Princess Margriet gave him a baby toy to take back to the UK. Harry was in the European city to launch the one-year countdown to the Invictus Games 2020. The Olympic-style contest for injured or sick armed service personnel is his other baby – he came up with the concept, inspired by the American Warrior games, and launched the first games in 2014.

The Duke spent the day meeting with athletes and organizers of the event. Harry proved that daddy duty hasn’t got the best of him, as he participated in bike riding and archery. Meanwhile back in Britain, Meghan and his son spent quality time with grandmother Doria Ragland, who is staying with her daughter and son-in-law at their Frogmore Cottage home in Windsor. 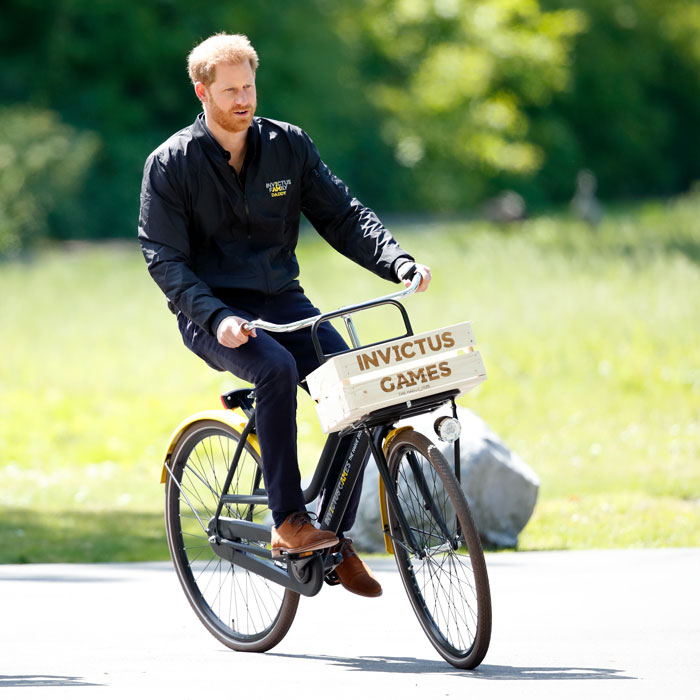 Harry had some fun as he celebrated the one year countdown to the Invictus Games Photo: Getty Images

Meghan will no doubt be enjoying the chance to relish these magical few weeks with her mom, who was present on Wednesday when Queen Elizabeth and Prince Philip were pictured with baby Archie for the first time.

The Duchess and her husband introduced Archie to the world during a highly anticipated photocall at Windsor Castle – and the adorable baby slept peacefully through the whole event, blissfully unaware of the excitement he was causing. A few hours later, Meghan and Harry confirmed his full name – Archie Harrison Mountbatten-Windsor. A royal source said the couple picked the names “simply because they liked them” and that Harrison means “son of Harry.”