While we patiently wait for baby Sussex to arrive, another royal family has gifted us with a sweet little surprise. Ahead of   Princess Charlotte's fourth birthday on Thursday, May 2, Prince William and Kate Middleton have released three adorable (emphasis on adorable!) portraits of the little princess. And the best part? All photos are courtesy of the Duchess of Cambridge. 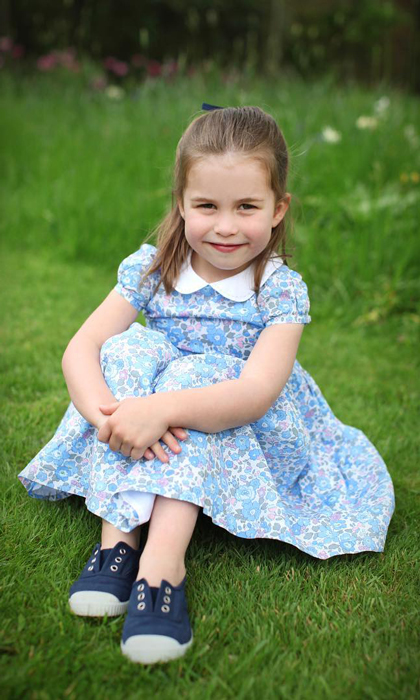 VIEW GALLERY Kate Middleton and Prince William released portraits of Princess Charlotte ahead of her fourth birthday on May 2 Photo: Instagram/kensingtonroyal

MORE: Two teeth, one year of life! Ahead of birthday, palace releases photos of Prince Louis 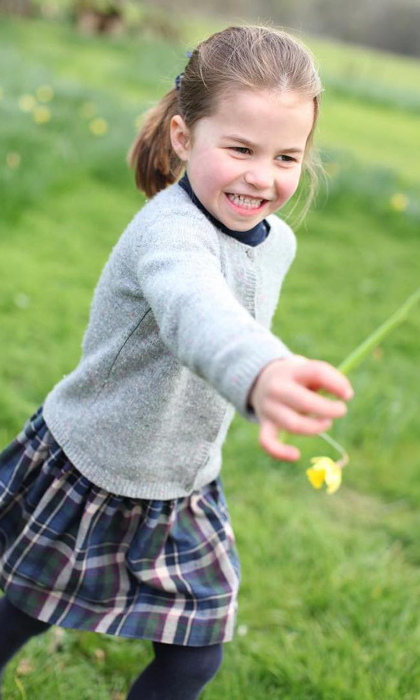 VIEW GALLERY All the photos were taken at Kensington Palace and at their home in Norfolk Photo: Instagram/kensingtonroyal

For the sweet photoshoot, Princess Charlotte is wearing two different outfits. In two photos, she's wearing a grey sweater and plaid skirt combo with adorable blue tights. In another photo, the young princess is wearing a colorful blue dress with—wait for it—sneakers. Again, so cute!

This isn't the first time the Duchess of Cambridge photographs her children to ring in their birthdays. On April 23, the Cambridge family released three portraits of their youngest Prince Louis to celebrate his first birthday. 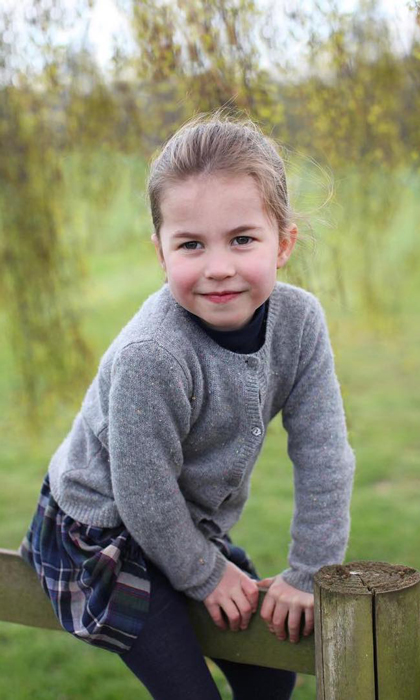 Before these images were released to the public, the Duchess of Cambridge shared some insider info about Princess Charlotte's playtime. Turns out, the little princess loves to play with slime. “Charlotte, my daughter, she dropped hers on the floor and it was pink and ended up brown and covered in much mud," Kate told a young girl at opening of the Anna Freud Center on Wednesday, May 1.