During her special outing for Commonwealth Day, all eyes were on Meghan Markle as the mother-to-be absolutely glowed whilst wearing a stunning dark green embroidered coat by Erdem and sky-high Aquazzura heels. These days, the mom-to-be has eagle-eyed fans watching her every move, which is why many took notice of the fact that she was not wearing her three-diamond engagement ring. It’s been nearly two years since Prince Harry popped the question with the sparkly stunner, and for the first time ever, Meghan has stepped out sans the meaningful accessory. 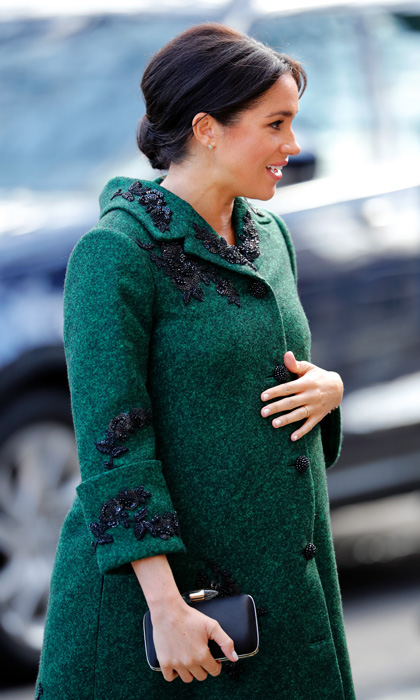 Meghan stepped out to Commonwealth Day sans her engagment ring

But before you jump to any crazy conclusions, one must take into consideration that the Duchess of Sussex is more than likely well past seven months pregnant and is quickly approaching her due date, which we know is sometime this spring. Due to this situation, Meghan’s fingers are probably swollen giving her no option but to leave her engagement ring at home. 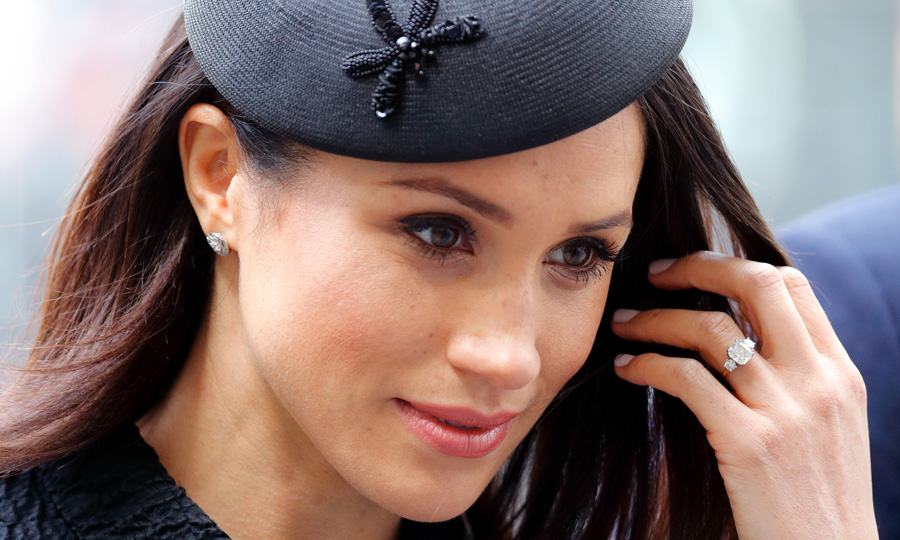 The Duchess' ring is a gorgeous three-diamond sparkler

During their visit to Canada House in London, Meghan and Harry joined a group of students as they made taffy with maple syrup. The sweet couple also had a chat with young Canadians who work in fashion, business, arts and academics. These events were close to Meghan’s heart as before she married Prince Harry, she lived in Toronto for six years while starring in the USA series, Suits. 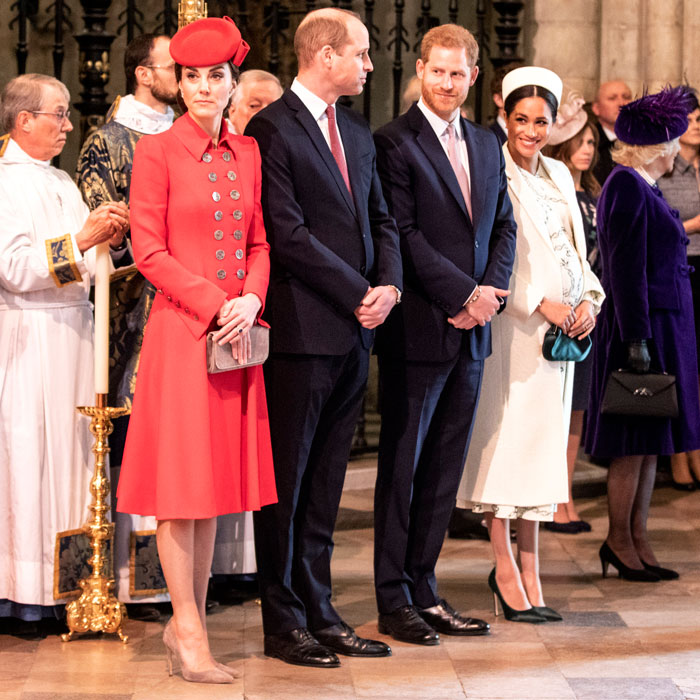 Later in the evening, the 37-year-old and her husband stepped out to the Commonwealth Day service along with Prince William and his wife, Kate Middleton. The former Hollywood actress stunned in her second outfit of the day – a chain print cream-colored dress by Victoria Beckham and matching white coat. Meghan covered her dark tresses with a pillbox hat in the same color, which led to the observation that she was channeling her inner Jackie O.