Prince Harry took to the stage at London's Wembley Stadium for an event for WE Day UK, which helps young people get involved in positive social change, he shared the spotlight with a very special guest – his wife, Meghan Markle! The Duchess of Sussex's unexpected appearance was met with a huge roar of cheers from the crowd, who were there to support the initiative along with A-list guests like Naomi Campbell.

SCROLL DOWN FOR FOR VIDEO

As Prince Harry gave his scheduled speech, he threw in a twist as he announced: "I'm now going to try and drag my wife on stage." The royal walked over to the shadows and took pregnant Meghan's hand to help her on stage. "I am with you and we are with you, now get to work!" Harry told the audience as he embraced Meghan with a grin. 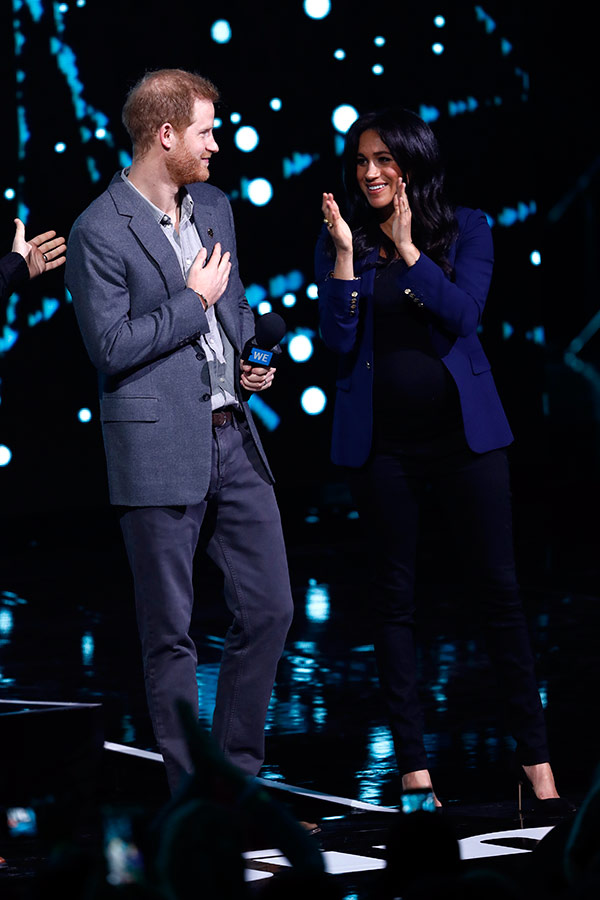 Prince Harry was expected at the event, but surprised the crowd when he said he was going to "drag his wife on stage"

Meghan is expecting her first child in April, but so far hasn't slowed down her agenda. The Wembley Stadium appearance took place just a day after the Duchess joined Harry, Prince William and Kate Middleton for a double date to celebrate the 50th anniversary of the investiture of her father-in-law, the Prince of Wales. And it seems she might be even busier as a mom, as Prince Harry hinted at the Buckingham Palace gathering that they are already thinking about baby #2!

Meghan had a busy February as well, jetting to NYC where she joined up with friends like Amal Clooney and Serena Williams for a star-studded baby shower held at the Mark Hotel in Manhattan. The sweet soirée was held in the hotel's deluxe suite, the most expensive hotel room in the world. 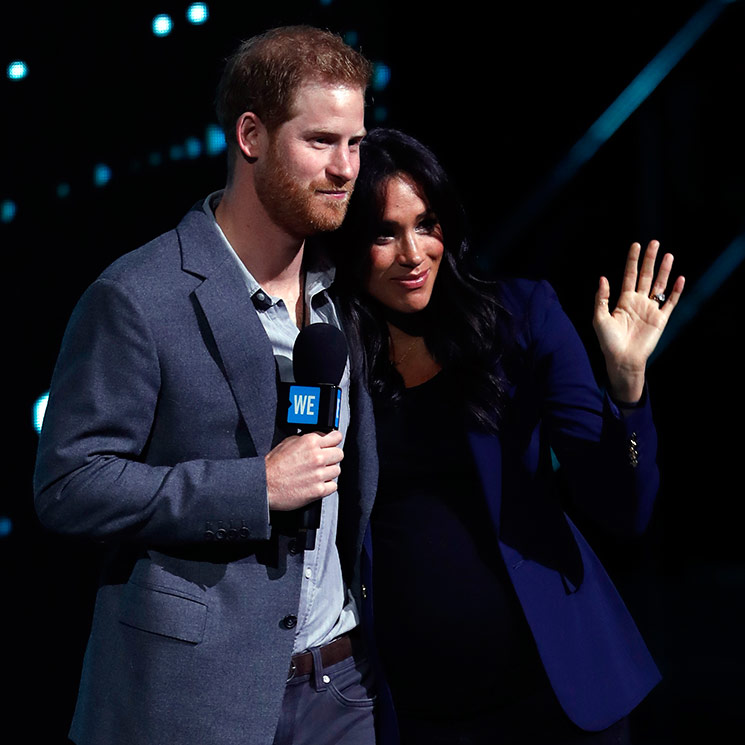 Harry and Meghan are expecting their first child next month

BABY SUSSEX: ALL THE PHOTOS FROM MEGHAN MARKLE'S BABY SHOWER

Next up for the Duchess of Sussex is her plan to celebrate International Women's Day on Friday, March 8. The royal will join a panel discussion hosted at King’s College London, alongside Annie Lennox, singer and founder of The Circle, an organization supporting and empowering women’s lives around the world; model Adwoa Aboah, founder of Gurls Talk, an open community where young girls can talk about the issues that matter to them, and a host of community leaders.