2019 holds a major milestone for Princess Charlotte. The three-year-old cutie is set to start school in September! It won't be long before royal fans find out which institution the Duke and Duchess of Cambridge have decided to enroll her in. Although, Charlotte will most likely join her big brother Prince George at Thomas's Battersea in London, which is nearby the family's home in Kensington Palace. However, the couple could decide to send Charlotte to a different school if it’s a better fit. The Palace announced that George would be attending Thomas's Battersea back on March 24, 2017, so it’s expected for Charlotte's announcement to come in the next few weeks. 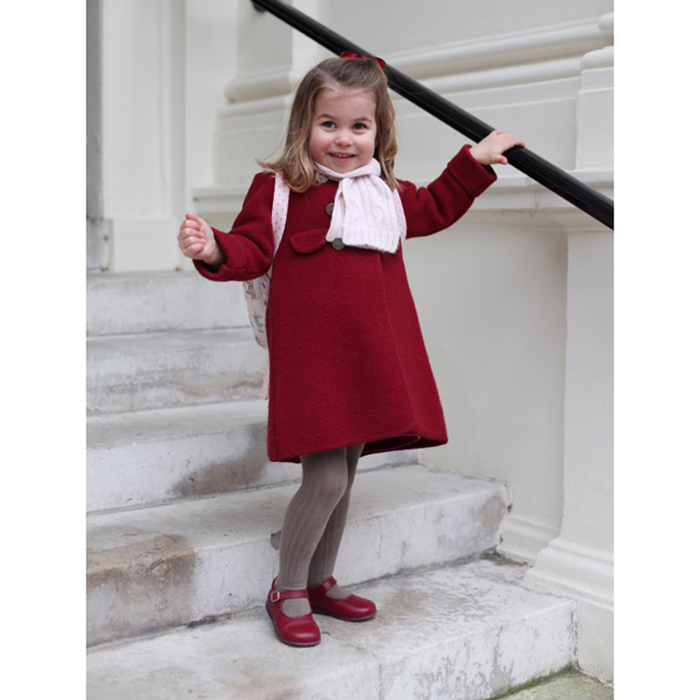 Princess Charlotte is currently in her final year at Willcocks nursery. The young royal has enjoyed participating in an array of activities during her time there, like poetry and pottery. She is also thought to have taken part in her first nativity play and celebrated her birthday with a cake for the whole class to share back in May.

There is no doubt that on Charlotte's first day of school, Prince William and Kate will release an official photograph to mark the special occasion, just like they did with George, and when Charlotte started nursery in January 2018. Kate – a skilled photographer - took two portraits of her daughter to commemorate the big day. The photos captured Charlotte wrapped up in a red Amaia kids Razorbill coat and a pink scarf as she smiled coyly for the camera. The stylish little royal wore a matching burgundy bow in her hair and a pink backpack. 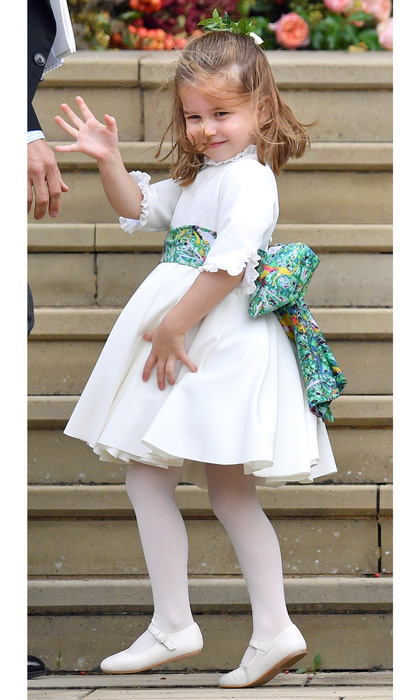 Princess Charlotte's got the 'royal wave' down pat!

Based on the Cambridge children’s public appearances, Charlotte always seems to be the most outgoing. The little girl adores waving to the crowds with her spot-on royal wave. While William and Kate prefer to keep their children out of the public eye during these early years, they often speak about all of Charlotte's favorite activities. These include: hunting for spiders in the garden, dancing, arts and crafts, and cooking. Most recently, Kate revealed during a walkabout in Belfast that the family's sweet nickname for Charlotte is "Lottie."