Meghan Markle’s sweets table from her baby shower has been revealed – and does it give a clue to the gender of her and Prince Harry’s baby? Resident chef Jean-Georges of the Mark Hotel in NYC, took to his Instagam to share a quick video of the dessert table from the Duchess’ lavish baby shower that was held last week. In the clip, shared by Emily Holmes, Jean pans his camera across the table, showing off a series of pink, neutral, purple and green desserts. 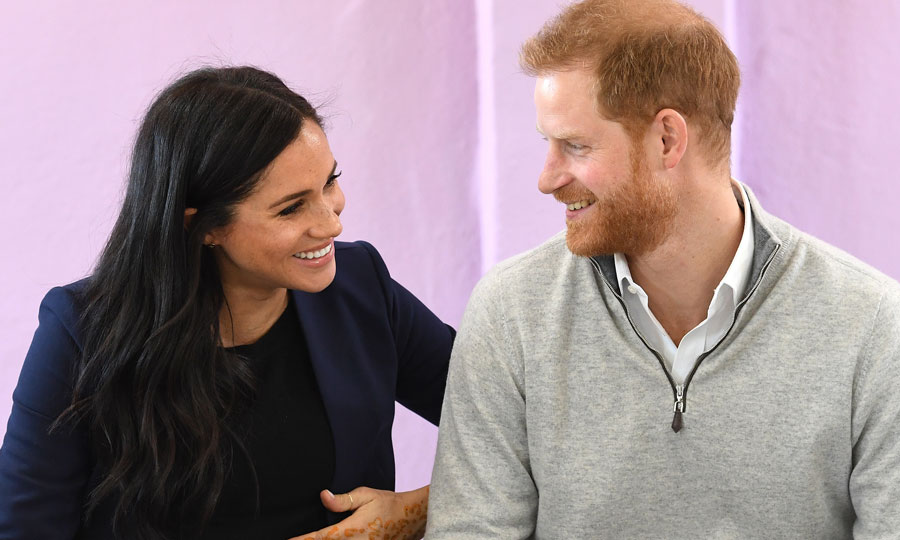 Meghan Markle and Prince Harry have shared that they want their baby's gender to be a surprise Photo: Getty Images

The table featured a series of mini cakes, cookies shaped like bibs with the word “baby” written on them, cakes with storks holding swaddled babies, and macaroons stacked on top of each other. None of the desserts where blue, which could be a possible hint that Meghan, 37, and Harry, 34, could be expecting a baby girl. This isn’t the first time that one of the delicious treats has made its way to Instagram. Daniel Martin, the former actress’ friend and makeup artist, took to his Instagram to share a picture of one of the cookies.

“Such an incredible day celebrating #babylove,” he wrote next to a picture of cookies shaped like a stork, a bib and a baby rattle. Last week, her closest friends, including Serena Williams and Amal Clooney for a beautiful baby shower held inside of the Mark’s penthouse suit, joined Meghan. Meghan’s celebration of her “little bump,” included chic baby shower games and a floral arrangement lesson. Prior to her shower, the Duke and Duchess of Sussex, who are set to welcome their baby in April, shared that they do not know the gender of their baby.

MORE: You can see the flowers from Meghan Markle's baby shower and where they were delivered

In January, the Duke and Duchess attended and engagement in Birkenhead, where they revealed that they are keeping their baby’s gender a surprise. When asked by a royal fan if they were having a baby boy or a baby girl, Meghan replied: ‘We don’t know whether it’s a boy or a girl, we are keeping it a surprise.”