Prince Harry and Meghan Markle have an important decision to make before the arrival of their first child – and are leaning towards royal watchers for help. During their engagement on Monday, January 14, the Duke and Duchess of Sussex were delighted to get some suggestions on what to name their first child. During the walkabout in Birkenhead, Merseyside, the 37-year-old mommy-to-be asked a group of children from St. Anne’s Catholic Primary School what her baby’s name should be – after they revealed they believe the baby is a girl. 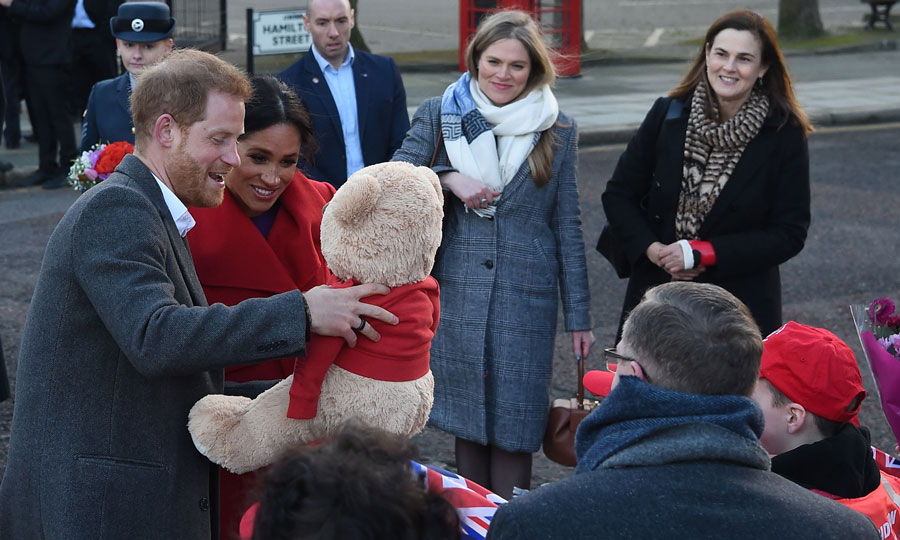 “What name do you think I should call her,” she asked the kids. Ivon Chen, 11, replied: “Amy.” After Ivon’s suggestion, Meghan motioned to her private secretary, Amy Pickerill and told the children she had the same name, adding: "That’s a really pretty name, I like it. We’ll have to think about it.” In another part of the crowd, the 34-year-old Prince shared that he was partial to another name.

MORE: Prince Harry proudly shares the future roya baby's nickname – find out what it is

Kim, a staff member at St. Werburgh’s Catholic Priamary School, shared: “Harry was asking a mum how she spelled her daughter’s name – Lily.” During their visit, Meghan was open about her due date, telling fans that she was due in April. However, the parents-to-be remained tight-lipped about the baby’s gender. Meghan shared a moment with nine-year-old Kitty Dudley.

MORE: You've got to hear Meghan Markle slipping into a British accent

“Meghan came up to me and asked me how old I was and where I went to school,” Kitty shared. “I could see her bump and I asked if she was having a boy or a girl and she said, ‘We don’t know whether it’s a boy or a girl, we are keeping it a surprise.’” In October, Harry was open about his desire to have a daughter. 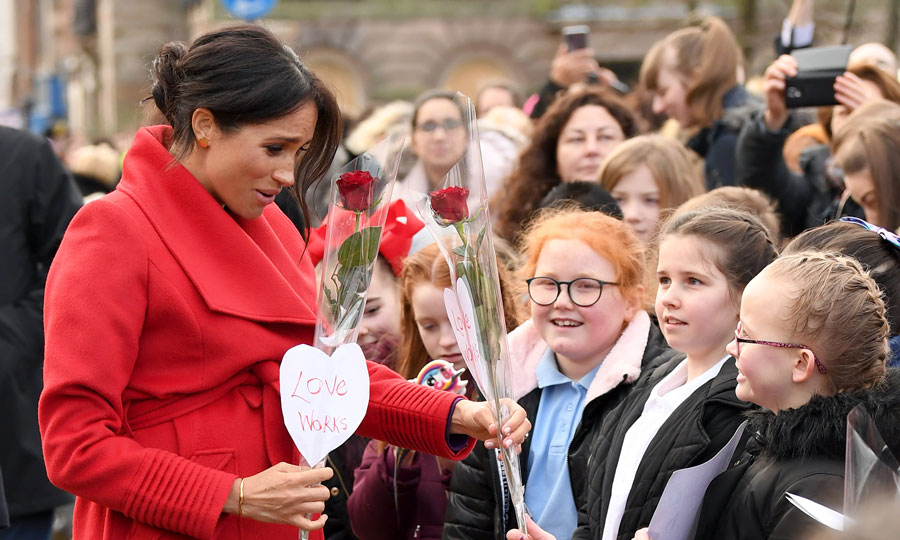 The Duchess and the Duke shared that they are keeping the baby's gender a surprise Photo: Getty Images

During a walkabout at the Invictus Games a fan shouted out, “I hope it’s a girl,” prompting him to reply: “So do I.” With only three months until the arrival of baby Sussex, all bets are on about both the gender and the name.

Betfair spokesperson Katie Baylis recently told our sister magazine HELLO! that betters are predicting the pair will welcome a princess. As far as a name, the favorite is Diana, a clear tribute to the baby's late grandmother, although there's also speculation that frontrunners are Alice or Grace.