Ana de Armas did the unthinkable when she shared a photo of herself completely bald. The 31-year-old actress was recently confirmed as the newest Bond girl, starring as Daniel Craig’s love interest for the 25th installment in the Bond franchise, Knives Out. While on set in Los Angeles, the Cuban beauty proved she looks gorgeous regardless of the hairstyle (or no hair style in this case). “Going full (alien emoji) before going full (lips emoji),” she wrote. Although Ana sported a bald wig cap, her fans instantly went wild and commented about her hair-free beauty look. 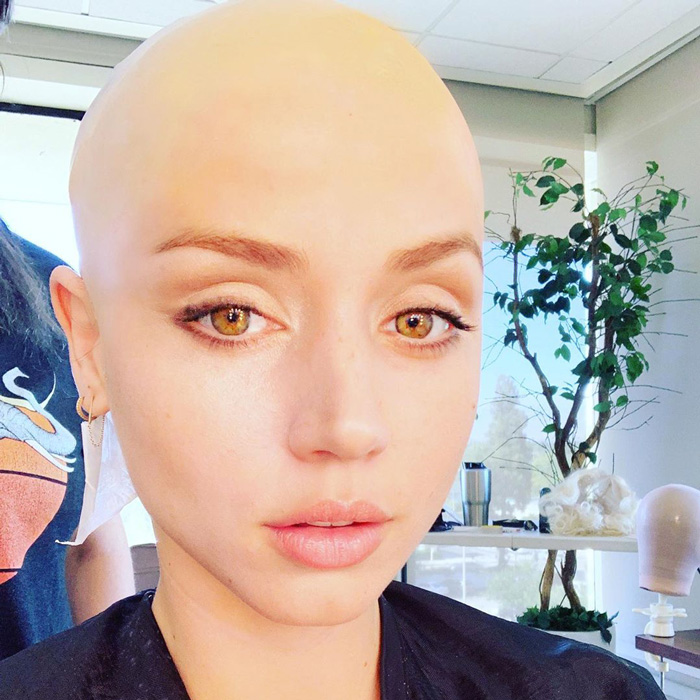 Ana proves she looks gorgeous with or without hair

One of her fans wrote, “You’re so beautiful you don’t even need hair!!!” Meanwhile, another commented, “Incredible eyes. Omg!!” And yes, this future Bond girl does indeed have big beautiful honey-hued eyes, which stood out even more in her latest selfie. With barely any makeup applied and despite having her glossy brunette lob (long bob) covered, the Blade Runner 2049 actress’ close-up showcases her doll-like features, including her chiseled cheekbones and perfect pout.

Ana, who was cast to play Paloma in the upcoming 007 film continues to be a star on the rise. Even though she made her acting debut in 2006 for a Spanish film titled Una rosa de Francia, and Knock Knock alongside Keanu Reeves, her upcoming gig is a breakout role for the Latina actress and sure to push her into international stardom. 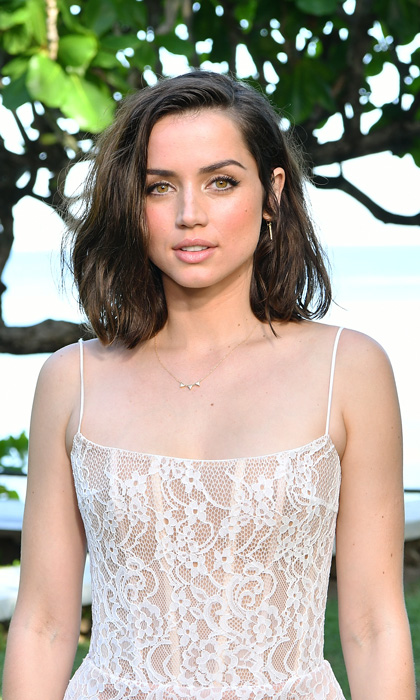 Apart from that, Ana is slated to play the iconic Marilyn Monroe for a Netflix original, Blonde, written by Andrew Dominic and produced by Brad Pitt. Speaking to Harper’s Bazaar, the actress opened up about landing these highly-coveted Hollywood roles.

"These roles are definitely rare. That’s my fight and I always try to go for them when they come up," she said. "As a woman and a Latina, it’s pretty challenging. I have two separate labels to fight against, but I know I just have to stay strong and true to what I believe in."