What a stunner! Spanish-Cuban beauty, Ana de Armas further proved her fashion credentials in a chic retro get-up while at CinemaCon. Last Friday, the 30-year-old actress appeared in Las Vegas for the annual event which as the name suggests covers all things film and the industry. Ana showed up looking nothing short of gorgeous wearing an elegant black dress by Miu Miu featuring gold sequin accents including a flashy statement collar. She added a classic touch to her feminine look and teamed it with black sleek heels. 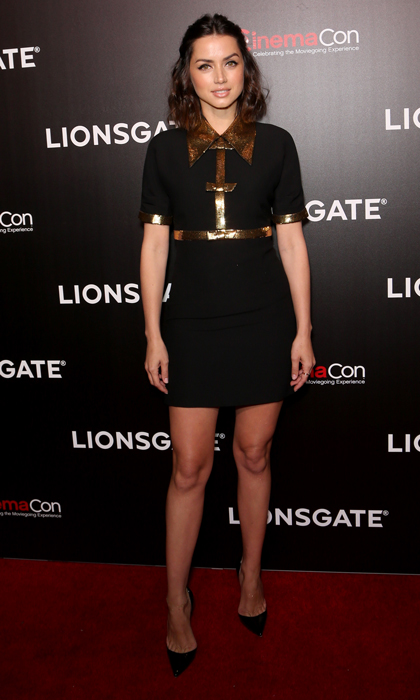 The Blade Runner 2049 star took to Instagram to share an up-close look at her retro-inspired makeup which perfectly complimented her outfit. “Again thank you to the best team ever! Love you all!” she wrote. Ana’s makeup was radiant with pink flushed cheeks and a nude lip color. She made her eyes the center of attention with bold dark eyeliner creating a sexy cat-eye look. 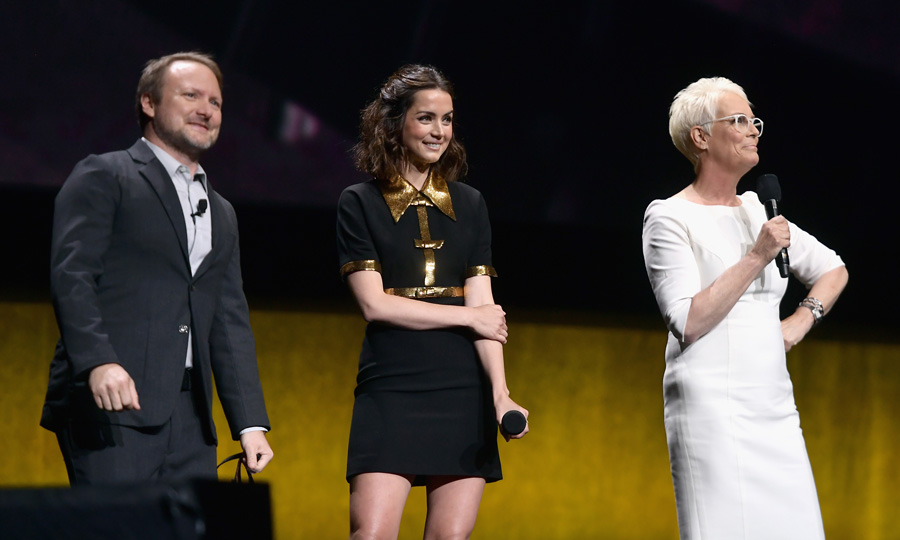 The actress spoke alongside Knives Out director, Rian Johnson and her co-star in the film, Jamie Lee Curtis

While at the star-studded convention, Ana appeared onstage next to Knives Out director, Rian Johnson and Jamie Lee Curtis. The Hands of Stone actress stars in the upcoming film alongside Chris Evans and Daniel Craig among other A-listers. If you’re not familiar with the story, the thriller is set on a family gathering that goes wrong when one member turns up dead. Ana plays what Jamie Lee refers to as “the moral compass of this cast of lunatics.”

MORE: Get to know Ana de Armas, a star on the rise, with these five fun facts

Evidently, the Latina actress is one busy lady. Aside from Knives Out, the Hollywood star has also been confirmed to play Marilyn Monroe in an upcoming movie on Netflix titled Blonde and produced by Brad Pitt. Previously Ana has shared her thoughts on Hollywood roles. "These roles are definitely rare. That’s my fight and I always try to go for them when they come up," she told Harper's Bazaar. "As a woman and a Latina, it’s pretty challenging. I have two separate labels to fight against, but I know I just have to stay strong and true to what I believe in."