The recycling queen strikes again! In true Kate Middleton fashion, the mom of three pulled a previously worn number from her wardrobe to wear for daughter Princess Charlotte’s first day of school on Thursday, September 5. The Duchess of Cambridge first wore her MICHAEL Michael Kors Carnation Georgette dress to Prince Harry and Meghan Markle’s wedding rehearsal last year. At the time, Kate was pictured in a car on her way to Windsor Castle in the vibrant belted midi design. 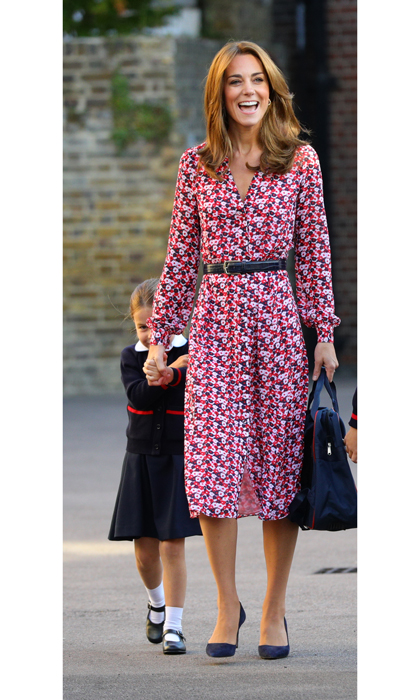 Kate gave royal watchers a better look at her stylish outfit on Thursday as she accompanied Princess Charlotte to her first day at Thomas’s Battersea, alongside Prince William and Prince George. The Duchess teamed her back to school crepe frock with navy suede Prada pumps and her Asprey Oak Leaf earrings.

MORE: What Princess Charlotte will be learning at her new school

William’s wife also appeared to be sporting lighter locks. The royal’s tresses looked significantly lighter from when we last saw her at the inaugural King’s Cup regatta in August. Kate was all smiles as she proudly walked Charlotte into her new school. The Duchess was no doubt excited to be present for the milestone, since she missed George’s first day back in 2017 due to morning sickness during her pregnancy with Prince Louis. 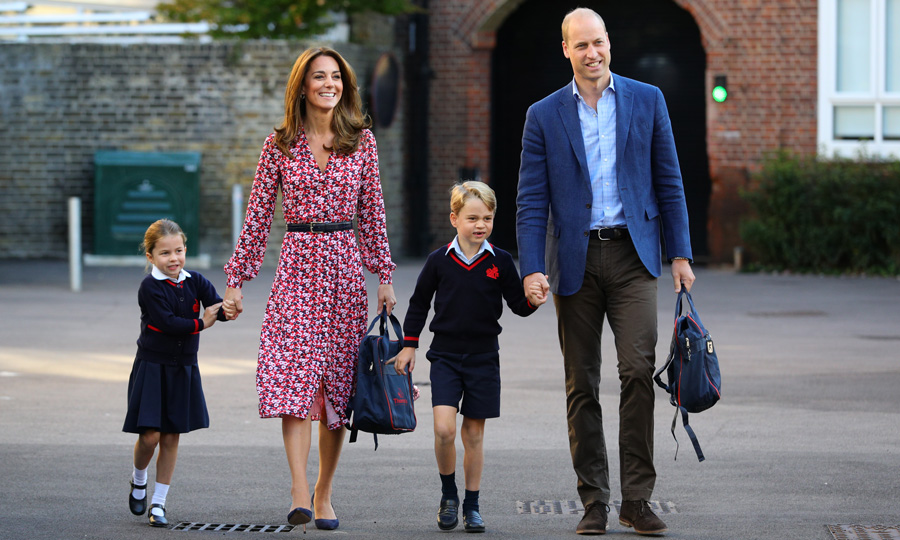 The royal sweetly held on to her daughter’s hand, while carrying Charlotte’s school bag in the other. Kate was overheard telling the little Princess, “George will help lead the way.” The six-year-old future King began “Year Two” on Thursday, while Charlotte is now in her “Reception Year” at the school, whose most important rule is to “Be Kind."