Katherine Schwarzenegger did not stray from tradition at her recent wedding to Chris Pratt. The bride took part in the time-honored wedding tradition of having "something borrowed" and "something old," courtesy of important women in her life. Katherine, 29, said "I do" wearing mom Maria Shriver’s veil. Former President John F. Kennedy's niece wore the tulle veil at her own wedding to Arnold Schwarzenegger in 1986. Katherine also accessorized her bridal look with a pair of her grandmother’s earrings, which appear to be the same ones Maria wore for her wedding day as well. The author's tribute to Maria is fitting given that the mother of the bride played cupid for her daughter and Chris. 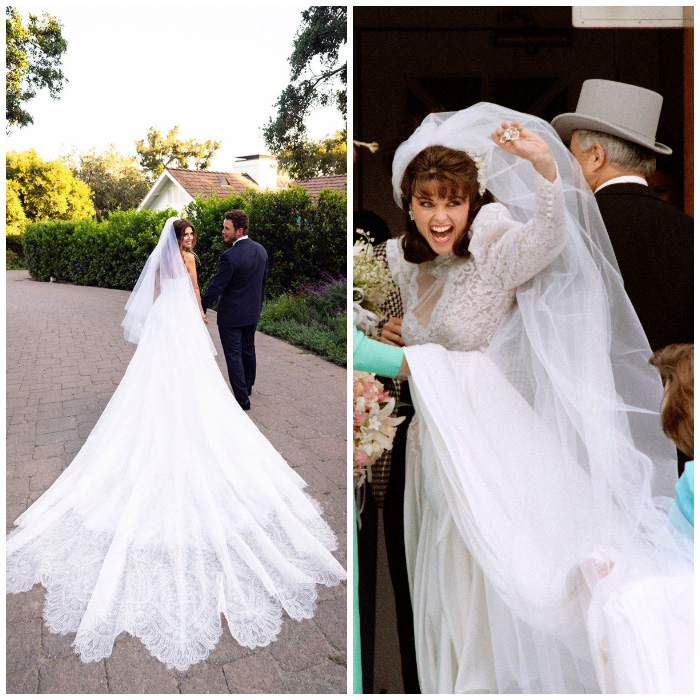 VIEW GALLERY The bride borrowed her mother's veil, which Maria wore at her 1986 wedding

The Marvel star and Katherine tied the knot on Saturday, June 8, at the San Ysidro Ranch in Montecito, California. Eunice Kennedy's granddaughter looked stunning on her big day in a custom Giorgio Armani Privé crinoline lace bustier column gown that featured a full skirt, which extended into a lace train. Following the religious ceremony, the bride slipped into a second custom dress by the Italian designer for the reception—an ivory silk satin gown that had delicately draped sleeves and covered-button detailing along the back. Meanwhile, the actor, 39, and his son, six, looked sharp in Giorgio Armani suits.

Days after exchanging vows, Chris, who was previously married to actress Anna Faris, expressed his joy over his second marriage on friend Jay Glazer’s social media page. “Hey, God is good,” the Avengers star said, while showing off his wedding band. “God heals a broken heart.” The dad-of-one also joked that he ate “12 pounds of wedding cake.” 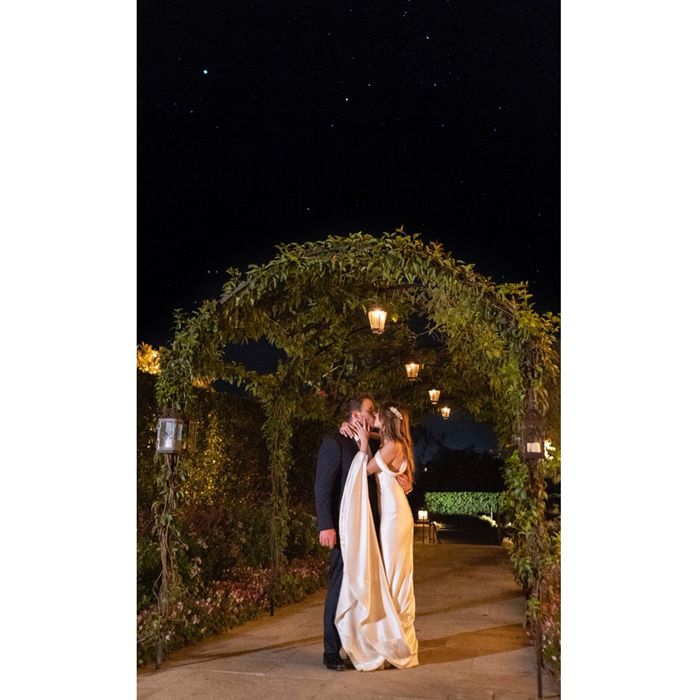 Chris and Katherine confirmed their nuptials on Sunday, along with a romantic photo of themselves from the celebration. “Yesterday was the best day of our lives," the newlyweds penned on their respective social media pages. "We became husband and wife in front of God, our families and those we love. It was intimate, moving and emotional."