Chris Pratt married Katherine Schwarzenegger on Saturday, just five months after the announcement of their engagement. It was the actor himself who confirmed the joyful news by sharing a picture on social media. The fairytale image, where the couple can be seen holding hands and looking into each other's eyes with adoration, was also shared by the bride. 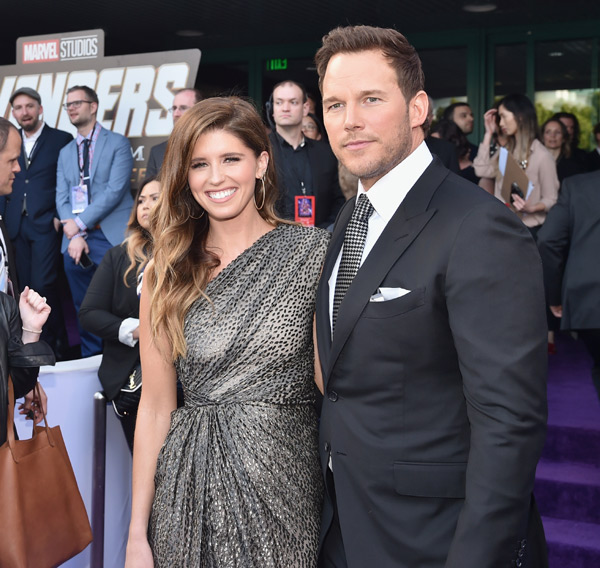 "Yesterday was the best day of our lives! We became husband and wife in front of God, our families and those we love. It was intimate, moving and emotional. We feel so blessed to begin this new chapter of our lives. We are so thankful to our families and our friends who stood with us and grateful to Mr. Giorgio Armani who created a once in a lifetime dress for Katherine to wear and for me, the perfect suit. This morning we feel nothing but blessed," posted the proud groom.

Friends of the newlyweds did not want to miss the chance to send their best wishes on social media. Gwyneth Paltrow was the first one sharing the joy: “Yay! I love this picture. So happy for you both!”. Guardians of the Galaxy actress Zoe Saldana also joined in with her post: “Many blessings for you guys!” But perhaps it was Patrick Schwarzenegger, Chris' new brother-in-law, who wrote the most special message to the actor: “Love u brother.” The ceremony took place in San Ysidro Ranch, an exclusive resort located in Montecito, California. Katherine's mother, Maria Shriver, and Patrick Schwarzenegger, her younger brother, were among the attendees. Actor Rob Lowe, a very close friend of the couple, and of course Jack, Pratt's six-year-old son, were also seen. Chris, who was previously married to Anna Faris, the mother of his son Jack, filed for divorce in 2017. The Avengers: Endgame actor, met Katherine last summer. Apparently, it was Maria Shriver, Katherine's mother, who “helped set them up”, according to a source reporting to People. The groom, again, used social media to make their engagement public by the beginning of the year: “Sweet Katherine, so happy you said yes! I’m thrilled to be marrying you. Proud to live boldly in faith with you. Here we go!”.