Attention, Beyhive! Your Queen Beyoncé is currently making a killer (and subtle) fashion statement to the world. For those of you who don't know, the 37-year-old singer is voicing Nala in The Lion King live-action remake (in theaters July 19), and seeing as the singer is incredibly private and rarely does interviews, it's unlikely that she'll go on a press junket to promote the highly-anticipated flick. Still, it seems like Queen B is doing some low key promoting by channeling her character with some straight up iconic outfits.  Please keep scrolling for the proof! 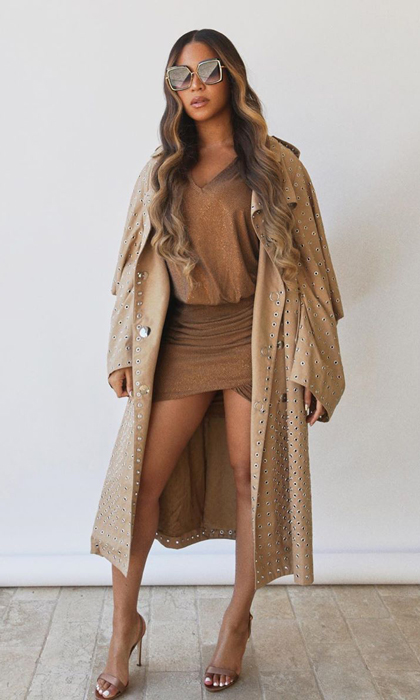 VIEW GALLERY Beyoncé has been wearing Nala-inspired outfits ahead of The Lion King premiere Photo: @beyonce

First things first, everyone may have been talking about Nicole Curran leaning over Beyoncé to talk to Jay-Z during game 3 of the NBA Finals, but if you were paying attention, you'd have noticed Queen B's outfit. She wore a glittery hazel-colored top paired with a matching body-hugging mini skirt, both designed by Alexandre Vauthier. She topped off the look with a khaki Burberry trench coat and satin beige heeled sandals. Basically, it was Nala incarnate.

MORE:  The Internet has thoughts on Beyoncé's reaction to a woman leaning over her to speak to Jay-Z

And before then, the Formation singer attended the Wearable Art Gala, where she literally wore Nala's face as her outfit. The custom Georges Hobeika jumpsuit featured a lion's face (again, Nala's face), an oversized cape/tail flowing behind her and yes, gold and bronzed feathers framing the center. It was ~a moment~. 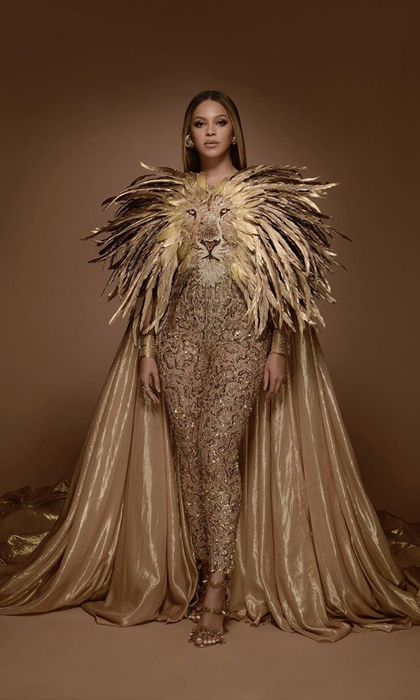 VIEW GALLERY She wore a custom Georges Hobeika jumpsuit that featured a lion's face in the center Photo: @beyonce

Finally, most recently, Beyoncé arrived at the AFI Life Achievement Award gala looking like a lion that was dropped from the heavens. The custom cream-colored gown by Phuong My featured a long train, a wide belt and—the best part—a gigantic collared necklace. She paired the gown with gold strappy heels and sparkly accessories. 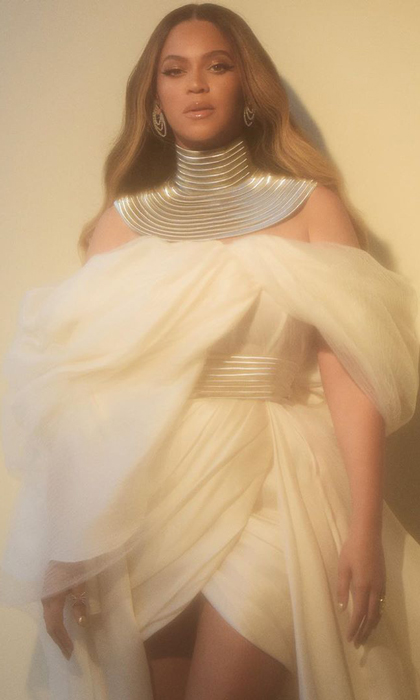 VIEW GALLERY At the AFI Life Achievement Award gala, she wore a custom cream-colored gown by Phuong My Photo: @beyonce

In conclusion, Beyoncé was, is and will forever be the goddess we all know and love.