Last night, Beyoncé and Jay-Z were sitting pretty court-side at Game 3 of the NBA Finals in Oakland where (if you care) the Golden State Warriors were playing against the Toronto Raptors. It was an exciting game, but the people were more focused on a small interaction that occurred between Jay-Z, Beyoncé and a woman. At one point, said woman (who BTW happens to be Nicole Curran, wife of Joe Lacob, the owner of the Golden State Warrior team), leaned over Queen Bee to talk to Jay. In the video captured by ESPN, the Formation singer looked displeased, and naturally the Beyhive reacted with bee emojis and all. 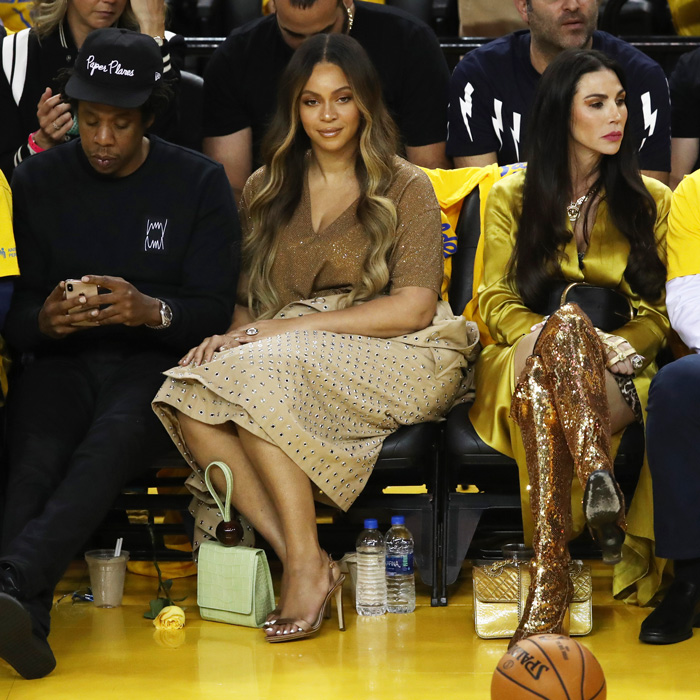 In the video, Beyoncé looks unamused as Nicole leans over her to exchange some words with Jay. The Queen gave major side eye, and it even looked like the 37-year-old singer as small nudge as she ended the conversation. See for yourself below:

MORE: This is how J Balvin and Beyoncé planned their Coachella performance

Fans were quick to react to the interaction. "I would leave the earth if Beyonce looked this ready to smack me," one user wrote, while another referenced the singer's Lemonade album: “This Becky with the good hair bout to get her wig split.”

The Beyhive also posted up a storm in Nicole's social media account by flooding the comments with bee emojis. Before disabling her comments, Nicole responded to the incident. "Listen Beehive. I respect Queen B. I love her! I talked to her husband twice tonight," she wrote. "First, to take a drink order for them both when they arrived as they were our guests. Second, to explain why I gave his wife a rose from a fan. All of this has been taken out of context. I am a happily married woman." 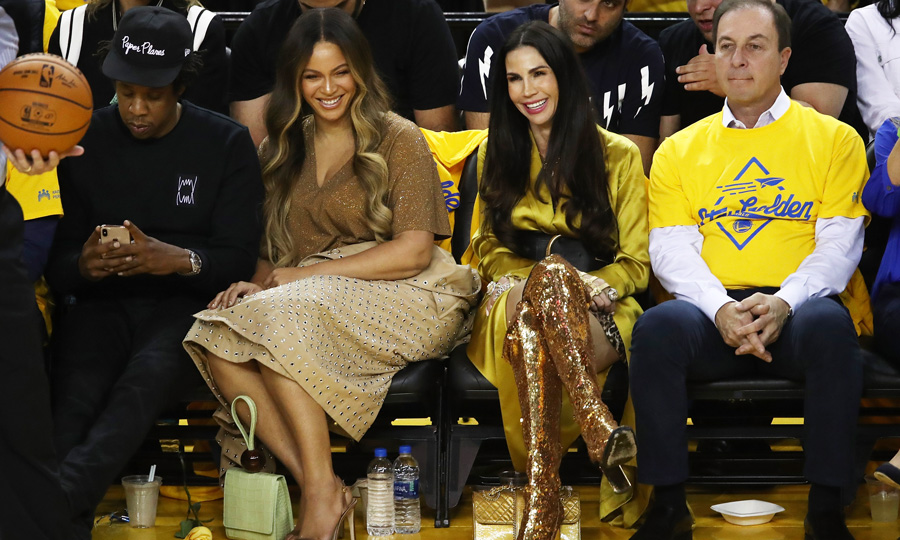 The woman is Nicole Curran, wife of Joe Lacob, the owner of the Golden State Warrior team

It's also important to note that throughout the game, the two couples were laughing and most likely having a good time, so the Beyhive can rest assured, the Queen is safe.