Remember Beyoncé's Coachella performance in 2018, the day that will forever be known as Beychella? Well if you were there, or you watched the performance in the Netflix hit Homecoming, then you know that the songstress/goddess brought out  Colombian reggaetonero J Balvin as a surprise guest during her set. Beyoncé​​​ was very meticulous with her historic performance, but turns out that J Balvin hopping on stage with her was a complete shock, even for him. The singer stopped by The Tonight Show Starring Jimmy Fallon and revealed he got the call to join Beyoncé​​ five (yes, five!)  hours before the show. 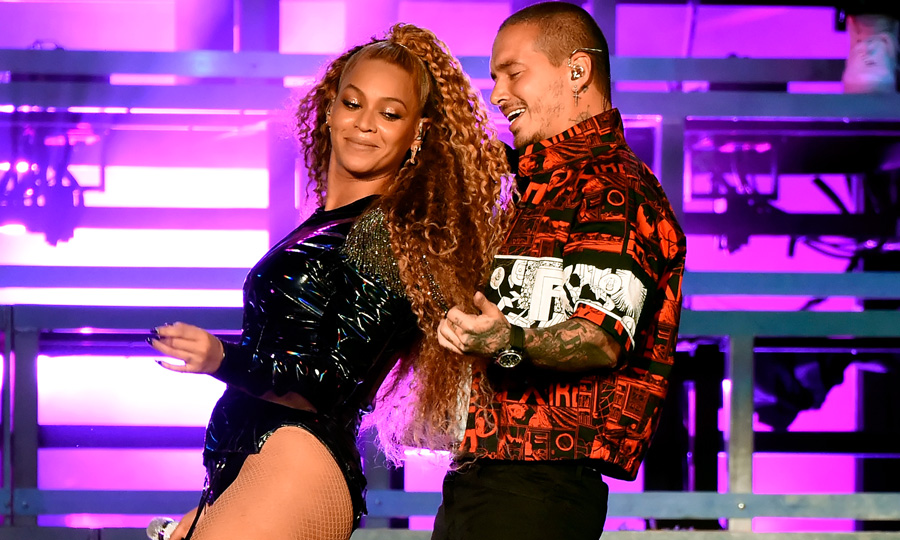 During his appearance on The Tonight Starring Jimmy Fallon, J Balvin revealed that Beyoncé​​​​​ called him 5 hours before, inviting him to perform alongside her for Beychella

"They didn't plan that at all," he told Jimmy Fallon. "They called me like 5 hours before. I was in bed, [watching] tv, and then I received a message, 'Oh, you wanna come join us?,' And I was like 'wussup.'" The Machika singer immediately jumped on a plane to fly over to the California festival.

The following year, he would get to make history of his own by being the first Latino to perform at the main stage in Coachella. In 2019, J Balvin put together a spectacular show that was met with rave reviews. "I was super nervous,"  he admitted, adding that if he called Beyoncé​​​ five hours before the show, she probably wouldn't show up on a whim. "I don't think she'd do the same," he joked.

This year continues to be a year of firsts for the Colombian singer. He's fresh off his first SNL performance, which marked the first reggaetonero ever to be on the show. "It took fourty-four years. It's amazing," he said. Later this year, the X singer will head to Lollapalooza in Chicago, again marking the first time a Latino headlines the music festival. 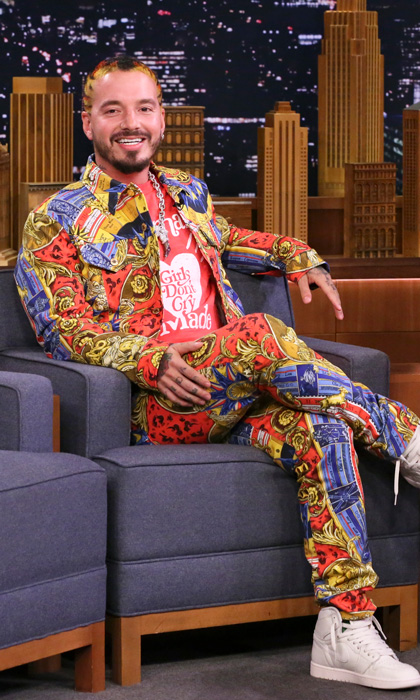 The Colombian singer will be headlining Lollapalooza in Chicago this August

MORE: J Balvin got this special gift for his 34th birthay

Throughout his career, J Balvin has always performed his songs in Spanish because it's important to him to shed a light on his culture. "That's always been my dream—to really crossover in Spanish. It's really beautiful," he shared. "People are reacting to our music even though they don't understand what we're saying, they feel the vibe."  After conquering the festival scene, the Mi Gente singer is headed on tour across North America starting on August 30 for his Arcoiris [Rainbow] Tour.