J Balvin paid homage to the 90s in the purrrfect way. The Colombian superstar sends viewers on a wild and nostalgic ride with his latest music video for the song Blanco. Frozen over with a frosty filter, the short features hypnotic swirls, creepy choreography and flying cats (yes, you read that correctly) among various trippy elements. J is spot on when he calls the video "just crazy." Of course, there's a method to his whimsical madness. 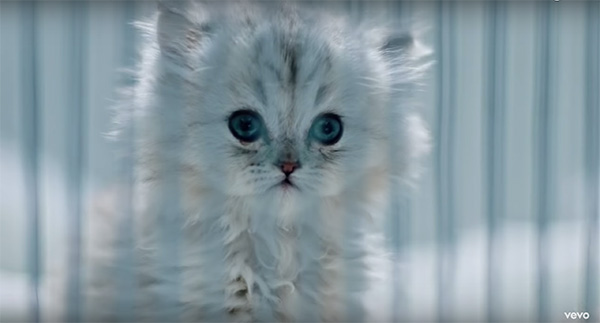 MORE: Maluma and Ricky Martin bring the heat with their latest music video

"We really wanted a new concept of videos again and to just bring the real entertainment like these old videos in the 90s," J added. "Like, we want to make statements. That's why with this first song, Blanco, what I want to do is start creating a new statement about going back to the real videos… like Michael Jackson vibe. Make videos classics."

While on the show, J also opened up about his struggles with anxiety and depression. "Man, you know it's been a difficult journey. Ups and downs," he said, "but like any human being, I went through hard times the last few months, through anxiety and depression, and it helps me to share that with the world, and show them that we're artists and things but we are human beings, and that the real blessing then is... to have health, and mental peace."