Summer is almost over but Maluma and Ricky Martin are still bringing the heat! On Friday, August 30, the pair released the visuals for their joint single No Se Me Quita. It’s all about color and fun in the sun as the Colombian and Puerto Rican heartthrobs serenade women on the beach while Maluma tries to win the affection of one pretty lifeguard. Ricky starts the video in all white as a host of dancers in vibrate swimsuits give off Baywatch vibes. Never afraid to show off his moves, the Livin La Vida Loca singer and the girls did a quick little dance. Maluma has all the charm as he begins his verse while the women on duty run in his direction. 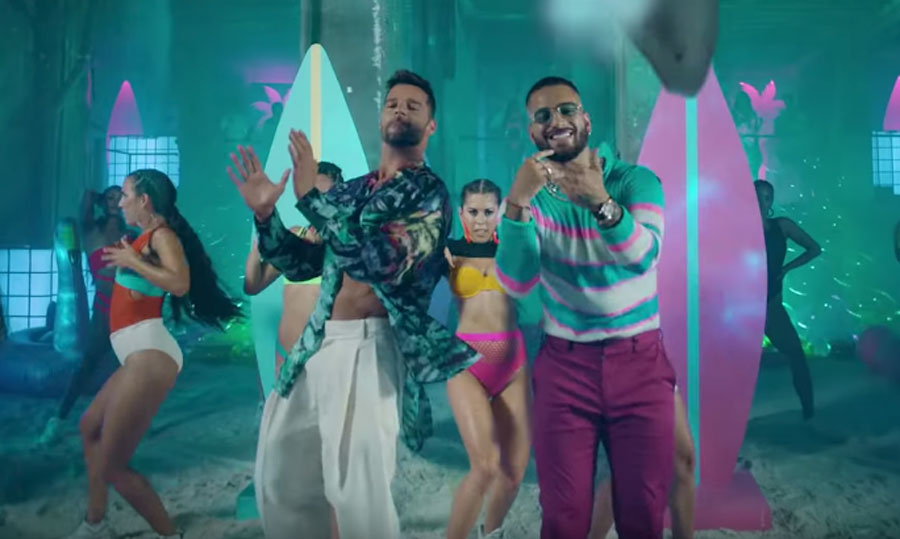 All of the fun doesn’t happen on land. The duo film a few scenes inside of a “fish tank” while the women (and fish) dance around them. Things get a little hectic and Maluma needs CPR or maybe just a kiss. Ricky took to his social media to tease fans about the video’s release. “Ya sale mi gente. Caminamos. #NoSeMeQuita" Which translates to: “My people are coming out. We walk #noSeMeQuita.” Fans have been anxiously waiting for the arrival of the video, since the pair teased it in July. “Esta combinación no falla parceros... @ricky_martin SOON.”

MORE: Maluma is heading to the big screen with Jennifer Lopez

Ricky shared the same image next to the caption that translates to: “This combination does not fail…” The announcement also stirred up reactions from some of their famous friends and fans. Maluma’s girlfriend used the opportunity to deem the man “the 2 hottest men in the world.” No Se Me Quita – off Maluma’s latest album 11:11 – marks the second collaboration from the pair. In 2016, Maluma, 26, and Ricky, 47, released Vente pa’ ca. 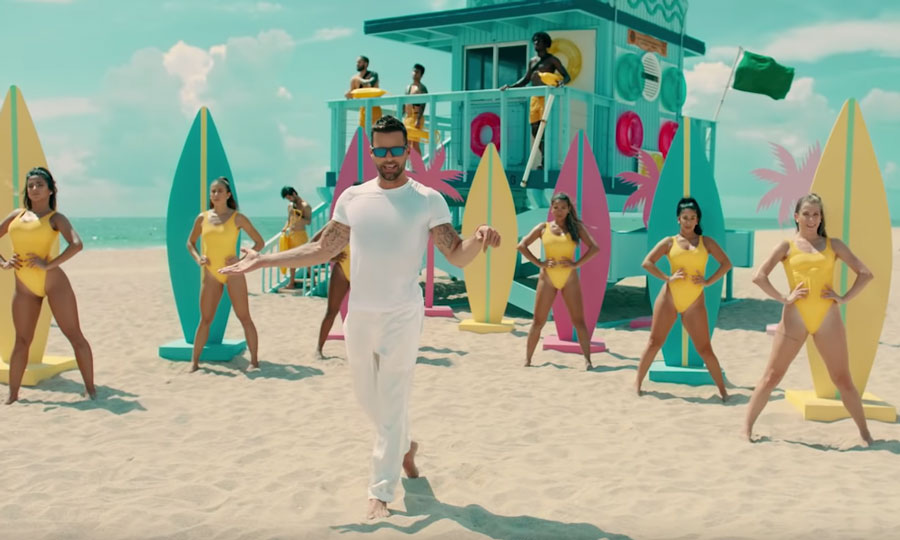 The 11:11 singer opened up about the moment and what it meant for him “Ricky Martin is one of the artists [I've] always wanted to be,” he told Billboard. “He’s like one of my idols in the industry. It’s just the beginning and just the start of the song and it already has waves to make.” After the release of the singles – we can’t think of another duo.

SEE THE VIDEO BELOW