Tragedy struck the runway on Saturday in Brazil, when model Tales Cotta collapsed on the Ocksa catwalk during Sao Paulo Fashion Week. The 26-year-old, who had posted photos from the event on his Instagram account @tales.cotta in the hours before the presentation, was walking in the show when he suddenly took a tumble, with onlookers initially thinking the shocking moment was part of the show. Tales was rushed to a local hospital where he was pronounced dead. "Everything happened so suddenly and unexpectedly," the model's agent Rogerio Campaneli said. "Doctors suspect that Tales might have had a congenital problem. From videos, they believe he died on the catwalk. It was all so fast: he kissed a friend behind the scenes who was following him, walked out confidently as usual, then suddenly stumbled, lost his footing and fell."

MORE: All the news from Fashion Week

Sao Paulo Fashion Week organizers confirmed the tragic news on Twitter writing: "We're sorry for his loss and send our deepest condolences to Tales' family... (We are providing) all necessary assistance at this sad time." 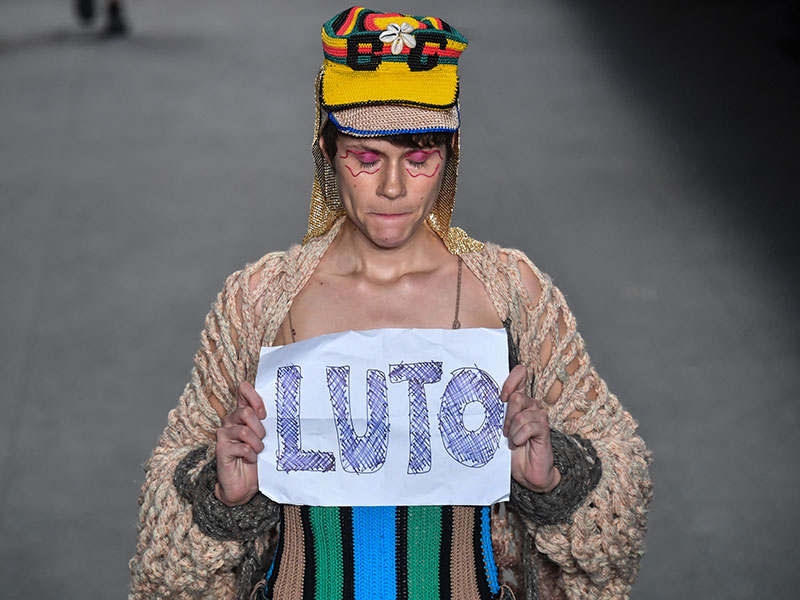 Tales' sister Gabrielle Gomes was "devastated" by the news, especially given that her brother always seemed to be in good health. "My mother and I spoke to Tales by video call before [the show] and he said he was well... We’re very scared and devastated by what happened. He was very healthy, ate healthily and exercised every day. He did crossfit and yoga."

His agency Base MGT also paid tribute after the model's shocking passing. "Tales never presented or complained about health problems," read a statement on Instagram. "He had a healthy diet (he was a vegetarian), did not use illegal substances and was in full condition to participate in the [show]. And we ask for respect at this moment of deep sadness."

An autopsy is expected to be completed on Monday.