Meghan Markle has been rewriting the royal style rules for maternity fashion, and we're loving it! After wearing a short minidress for an appearance on International Women's Day the eight-months pregnant Duchess of Sussex stepped out wearing some ridiculously sexy high heels to put a spin on her conservative Jackie O look as she joined husband Prince Harry at a Canada-themed Commonwealth Day Youth Event in London.

The gathering, held at Canada House and geared toward celebrating the diverse community of young Canadians living in the UK, was a special one for the former actress, who lived in Toronto for seven years while filming TV legal drama Suits. And maybe Meghan was having a flashback to her Hollywood red carpet days as she slipped into a pair of glam Aquazzura Deneuve 105 suede pumps with a thin 4-inch heel. 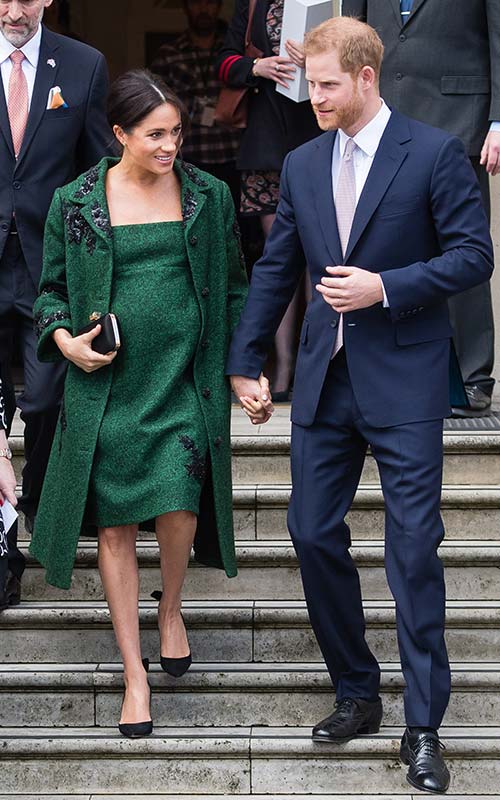 The $550 suede shoes have cut-out sides, pointed toes and a bow in the back, taking them a glam step up from your standard daywear.

MORE: THE ONE ACCESSORY MEGHAN MARKLE DOESN'T LEAVE HOME WITHOUT 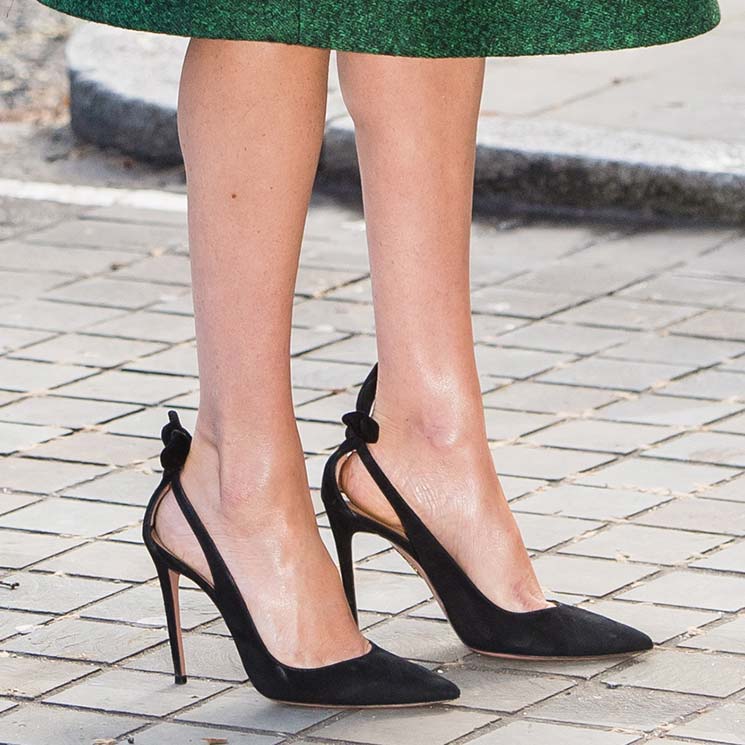 Of course this isn't the first time we've seen Meghan wear the sky-high stilettos, which she also has in beige and grey. The Duchess even chose the black pair to wear to her first solo royal engagement in September of last year. But we're particularly impressed that she's still rocking the femme-fatale footwear as she approaches her due date! 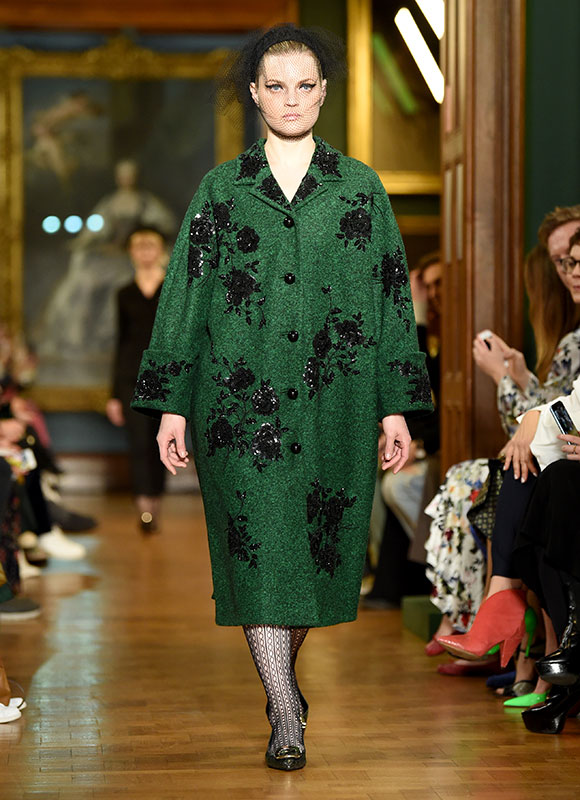 Meghan's dark green embroidered coat by Erdem was straight off the London Fashion Week catwalk. The 1950s-inspired piece, which features beaded embroidery, was seen on the runway at the British brand's LFW A/W 2019-2020 show at the National Portrait Gallery on February 18. 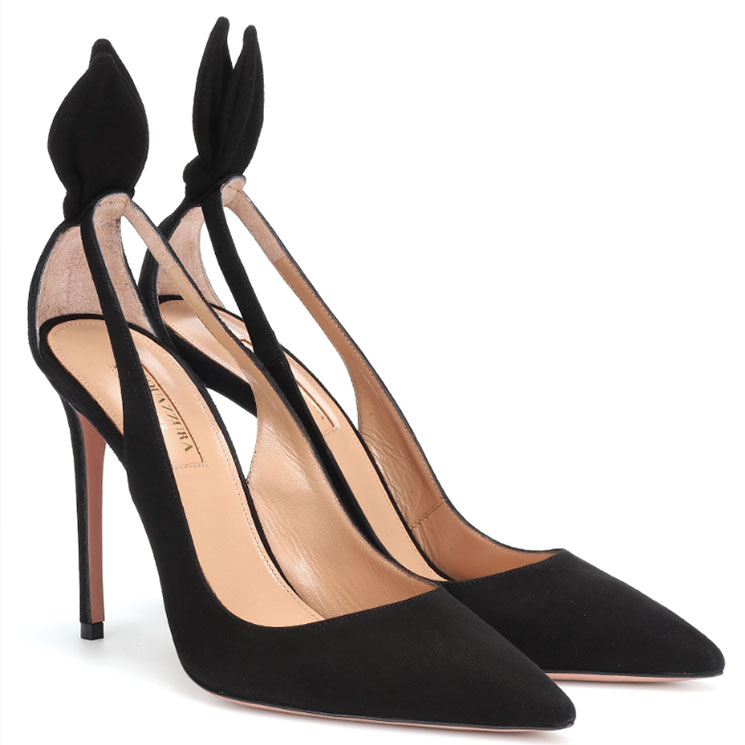