Meghan Markle touched down in New York City for her star-studded baby shower where was joined by some of her closest loved ones – including friends Serena Williams, Amal Clooney and Priyanka Chopra. The Duchess, as usual, looked stunning, as she did last night when she rocked a pair of black Tamara Mellon boots. The oh-so-New York, calf-hair, knee-high boots feature a snazzy pyramid heel and are currently still available online for $895. 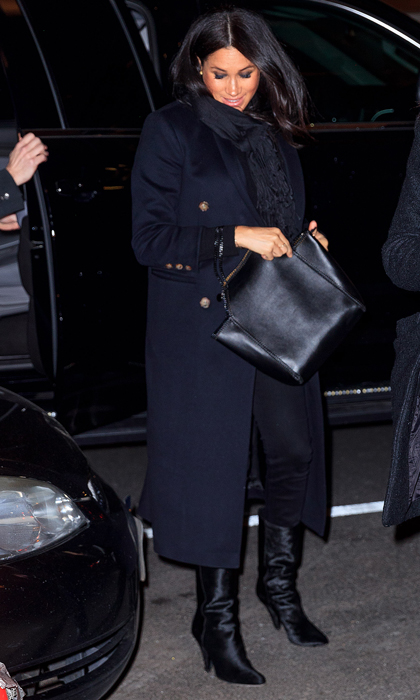 Her covetable boots were a perfect choice for the expecting royal, who stepped out to the Polo Bar with good friends Jessica Mulroney and Markus Anderson and kept ultra-chic in head-to-toe black. We can totally see her recycling them for an outing in London. 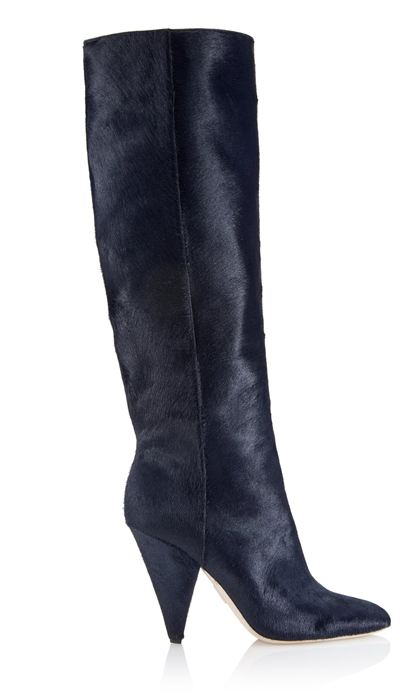 Her boots currently retail online for $895

Meghan, who appeared absolutely radiant, switched up her barely-there makeup from earlier in the day to something a little more glam with the help of a dark, navy eyeshadow and a nude lip gloss. Moreover, she turned away from her go-to messy bun and instead wore her lustrous hair down.

MORE: Meghan Markle glams up for dinner in NYC with Serena Williams and friends 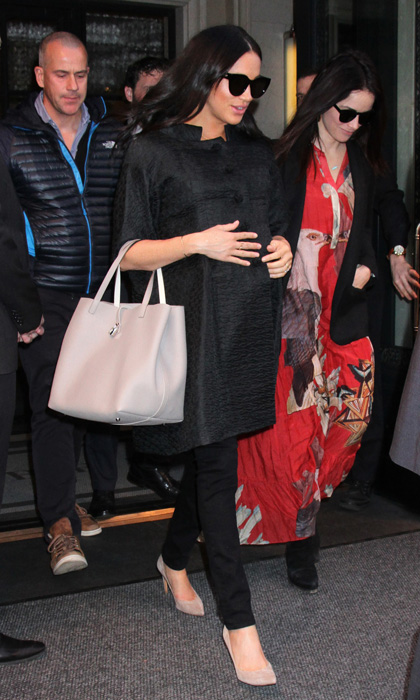 Earlier in the day, Meghan appeared equally chic while leaving the Mark Hotel in the Upper East Side

Earlier in the day, Meghan was spotted looking equally posh while leaving the Mark Hotel in the Upper East Side, which is the chosen location for her baby shower. Prince Harry’s wife appeared elegant as ever as she donned a black short-sleeve coat by William Vintage, retro-style sunglasses by Le Specs, nude heels and a matching tote bag.

MORE: Prince Harry found the most adorable way to keep busy while Meghan's in NYC

Ahead of the 37-year-old's arrival, a crew of florists was seen delivering hundreds of beautiful blooms and even an orange tree which is a symbol of prosperity, happiness and luck according to Eastern history. One of her first – if not her first – gifts was also delivered – a massive crib from babyletto!