Meghan Markle will be showered with lots of love and presents while in New York City for her much-anticipated baby shower. The Duchess of Sussex, who is expecting her first child in spring, was scheduled to arrive at the Mark Hotel on the Upper East Side on Tuesday but ahead of her arrival came one of her first – if not her first – gift: a giant crib from babyletto! According to our sister brand, HELLO!, the Hudson 3-in-1 convertible crib was carefully packaged in its box and was delivered to the hotel in the morning. 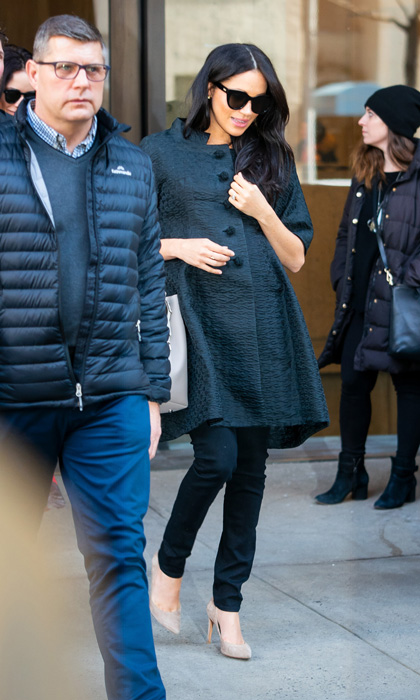 The babyletto website, which features the crib in a range of light and dark colors, retails for $379, and is described as, “Delight in mid-century modern appeal with the Hudson 3-in-1 Convertible Crib. Featuring stylish rounded spindles and an open modern silhouette, the Hudson Crib is made with eco-friendly, non-toxic materials backed with GREENGUARD GOLD certification. An included toddler bed conversion kit allows you to seamlessly convert from crib to toddler bed to daybed."

MORE: Meghan Markle is in NYC for her baby shower – details here

Ahead of the 37-year-old mom-to-be’s arrival, dozens of beautiful spring flowers were delivered to the hotel – including hundreds of pink roses and orange and yellow tulips. Within the pretty blooms was also what appeared to be an orange tree which in Eastern history is said to be a symbol of prosperity, happiness and luck. A perfect floral arrangement for the expecting royal. 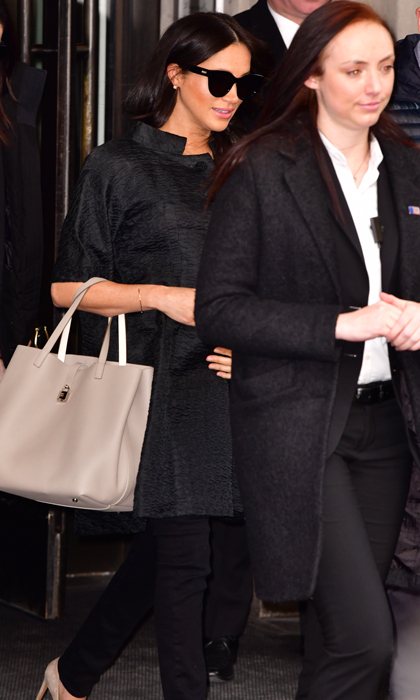 MORE: Meghan Markle is returning to the big screen this year

Meghan is expected to be joined by 15 of her closest loved ones – some of those being her best friend, Jessica Mulroney, who is believed to be the organizer of the event, her mom Doria Ragland and friends Priyanka Chopra and Serena Williams. In addition, her former Suits co-star, Abigail Spencer, was spotted arriving at the Mark Hotel earlier today. Surely, it will be a lovely time for Prince Harry’s wife!