Kate Middleton has twinned with Hollywood stars like Drew Barrymore in the past, and now there's another celebrity who has been spotted wearing an outfit that's in the stylish Duchess' wardrobe. Weeks after Prince William's wife wore a cream Barbara Casasola off the shoulder mesh midi dress, Melanie Griffith, 58, donned the same ensemble in black during the Hallmark Channel TCA event in L.A. 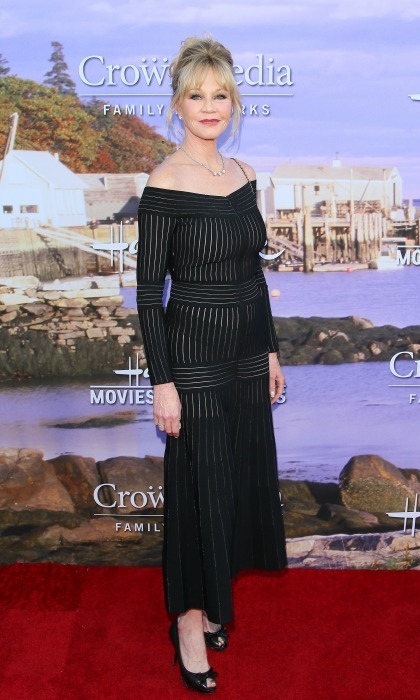 Earlier this month, Kate looked decidedly demure as she stepped out in the on-trend dress for her presentation at the Art Fund Museum of the Year Award at the Natural History Museum in London.

WHO WORE IT BEST? MORE ROYALS AND CELEBRITIES WITH TWINNING STYLE

But this week, glamour girl Melanie took the more sexy approach, letting the sheer creation reveal quite a bit more than the Duchess had allowed. The star completed her look with a black cross body bag and wore her hair in a up-do, allowing all eyes to focus on her shoulders. 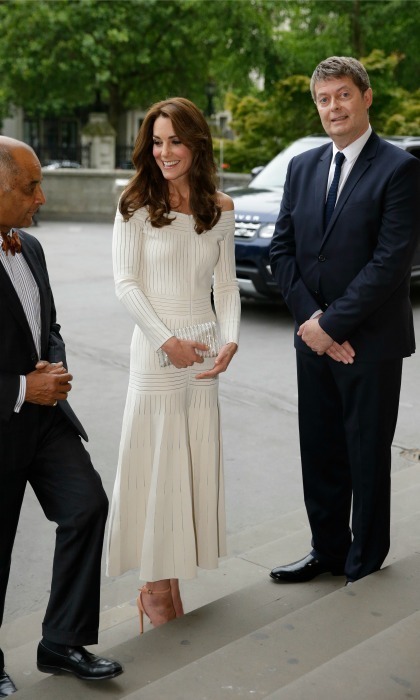 Kate opted for girly over glam in a cream version Photo: Getty Images

Kate, 33, was more girly than glam, completing her look with a pair of sweet pink heels and a small clutch.

THE BEST RED CARPET STYLE OF THE WEEK

The royal's version of the dress is available on line at Avenue 32. Fashionistas can snag the look, which was originally $2,120, for $636. 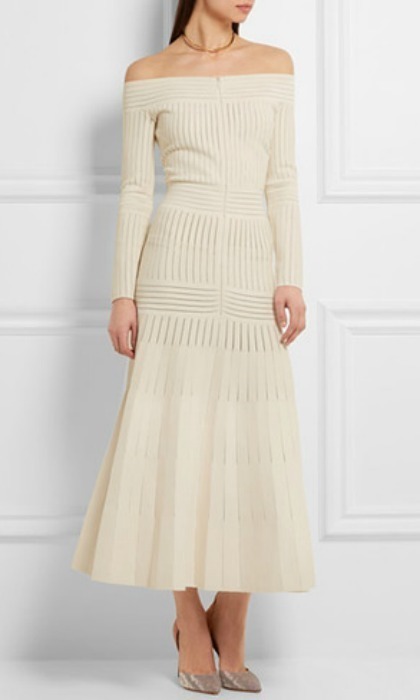 The dress is available in cream at Avenue 32 Photo: Getty Images

Kate might be a trendsetter, but she's not the first A-lister to love this look. Oscar-winning The Danish Girl actress Alicia Vikander gave a similar Barbara Casasola creation a debut during the premiere of Steve Jobs last October in NYC, accessorizing it with red carpet ready gold heels.