We just can't get enough of Kate Middleton's royal tour style – and the Duchess of Cambridge did not disappoint as she visited the Taj Mahal with Prince William. The royal looked chic for spring in a blue and white dress by Indian-American designer Naeem Khan.

Inside Kate's tour wardrobe for India and Bhutan, outfit-by-outfit 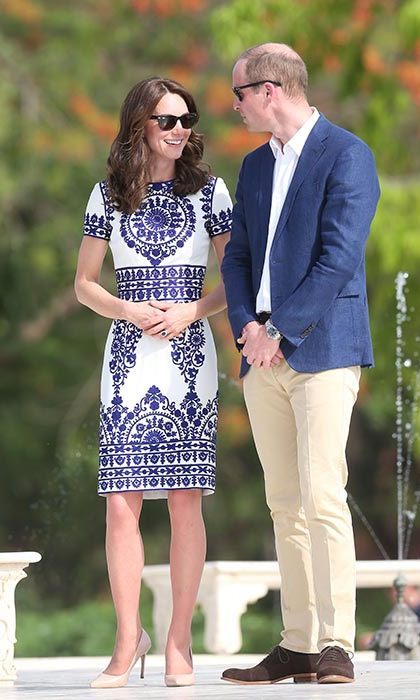 Kate paid tribute to India by wearing a dress by Naeem Khan, an Indian-American designer who is a star fave Photo: Getty Images

"We are so honored," Naeem said alongside a photo of the moment on his Instagram account. And it's not the designer's first big moment of the year – first daughters Malia and Sasha Obama also chose two wear his creations to their first state dinner in March.

Naeem, a favorite with famous names like Michelle Obama, Anne Hathaway and Jennifer Lopez, created the dress Kate wore for his Pre-Fall 2015 collection. 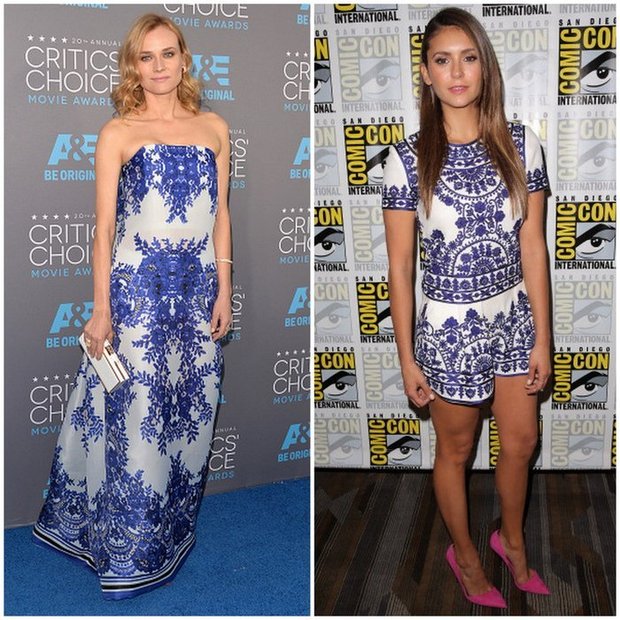 It's no surprise Kate chose a designer with Indian roots for the visit. Throughout the week's tour of India and Bhutan, she has consistently impressed with thoughtful outfits that pay tribute to her host countries, including a locally-made pieces and a Beulah poppy print dress – the country's national flower – while in Bhutan.

The royal mom-of-two finished off the look with her signature nude heels and earrings that she had purchased locally the previous day during the royal couple's trek in Bhutan. 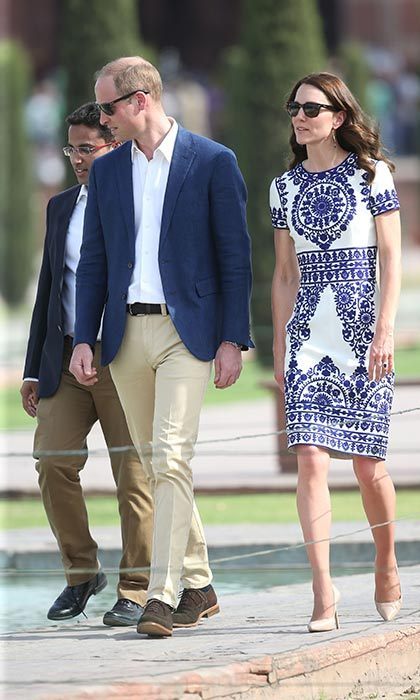 The Duchess completed the look with her signature nude heels and the earrings she purchased in Bhutan Photo: Getty Images

William and Kate arrived on Saturday, bringing their characteristic friendliness to the poignant Taj Mahal engagement, which saw them following in William's late mother Princess Diana's footsteps – and even re-creating her famous 1992 pose outside the historic building.

Earlier that day, the couple said goodbye to Bhutan, where they'd had a memorable visit, taking part in everything from an archery competition to a six-hour mountain hike.