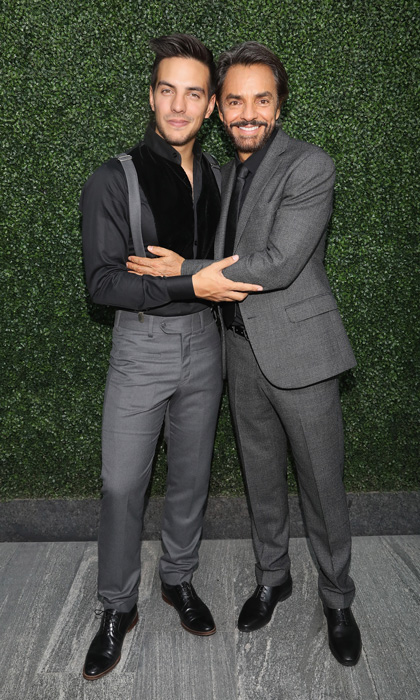 The father and son posed together on the red carpet looking like a dapper duo. Both opted for grey tones for the special occasion. "I am so happy over the @doramovie premiere in Mexico!! What an incredible day," Eugenio wrote on his social media, while Vadhir also took a moment to share how proud he is of his father. "Had an amazing time with these guys at the premiere of @doramovie! They are awesome humans lol @isabelamoner @jamesbobin @ederbez. You gotta go see the movie it’s incredible!!!"

MORE: Eugenio Derbez talks parenting over 40: 'My priorities have changed'

Besides posing with his father, Vadhir also snapped a few pictures with Isabela and the director of the flick James Bobin. He was also put to work and joined the trio on stage to perform a musical number while wearing sombreros and took part in the Q&A session after the movie screening. Vadhir is following in his father's footsteps leaving a mark in Hollywood. He's starred in several Mexican telenovelas and most recently, acted alongside his dad in How to Be a Latin Lover. 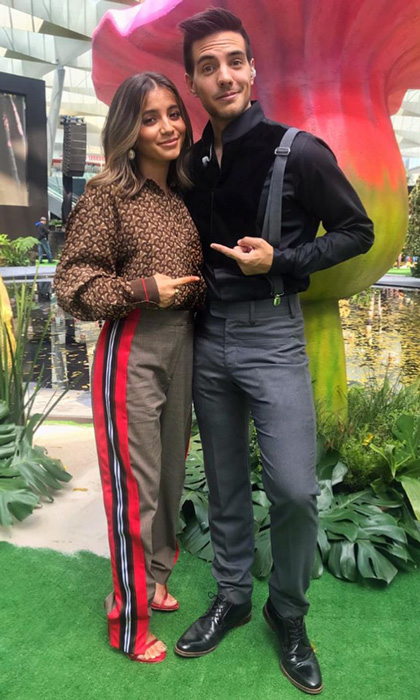 Eugenio, who is father to Vadhir and three older children—Aislinn Derbez, 32, José Eduardo Derbez, 27 and five-year-old Aitana recently opened up about becoming a father again. "I’m loving it," he shared during a podcast interview. "Way, way more than I was young because right now, I understand everything. I really enjoy every moment with her and it’s different. My dream has always been Hollywood, but even though I’m achieving my dream, all I want everyday is to go back home and play with her. My priorities have changed."