The Queen is celebrating her birthday!  And no, not that Queen—Beyoncé AKA Queen Bey is ringing in her 38th birthday, and in true Bey fashion, she's making headlines. When she took to her social media to post a series of photos from her birthday celebration earlier in the week, many fans believed the singer was pregnant with her fourth child. She and Jay Z have three children together—Blue Ivy, 7, and twins Rumi and Sir, 2. So why exactly is the Beyhive theorizing there could be another member joining the Carter family? 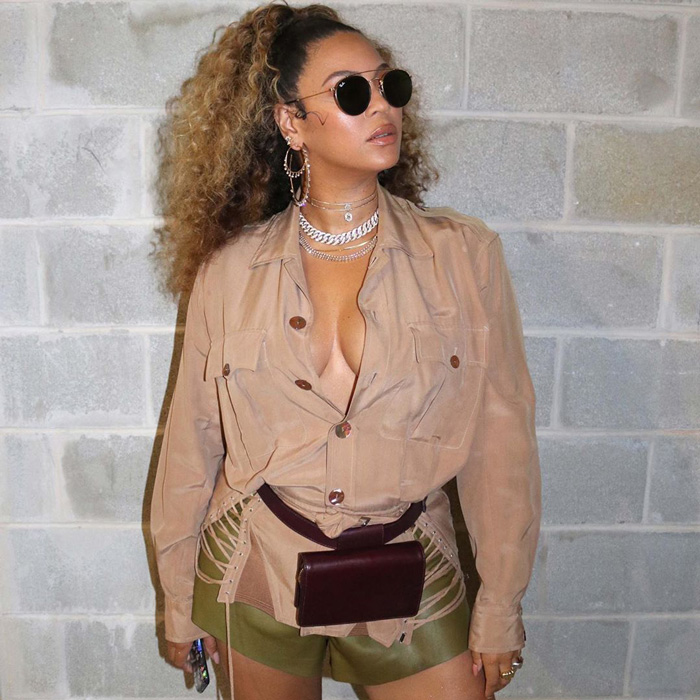 Fans are speculating that Beyoncé is pregnant with her fourth child

First things first: The 38-year-old singer posted a carousel of photos rocking a bomb outfit. She paired an oversized nude-colored jacket with army green silk shorts and accessorized with choker chains, hoop earrings and shades. But the one detail about her outfit that everyone is freaking out over is her fanny pack, which is delicately (and purposefully?) covering her stomach. According to them, she's probably wearing the stylish bag in order to cover up her pregnant belly. "She's got the fanny pack to hide the pregnancy," one fan wrote, while another added: "She ain't telling us she's pregnant until she feels like it."

This isn't the first time fans speculate the songstress is pregnant because of her wardrobe choice—a few weeks ago, Beyoncé posted a photo wearing a tight, purple dress that accentuated her abdomen, causing her followers to question whether or not she was expecting. If she is or isn't, one thing is certain and that's that the Queen is kicking off her birthday with major style and close friends and family. Besides her outfit post, the Crazy in Love singer also shared photos and video from her celebration, where she was spotted holding a cake while dancing. 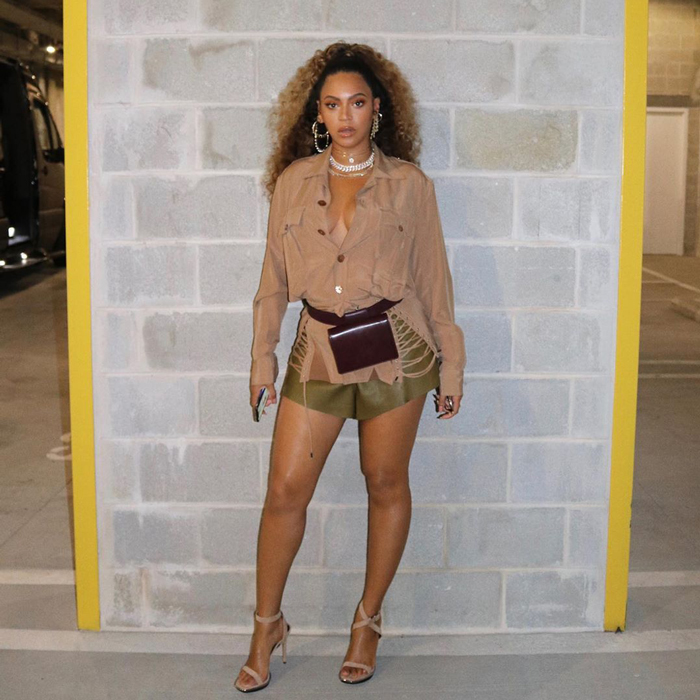 The singer wore a fanny pack, which the Beyhive thinks is a move to cover up her pregnant belly

Many are also wishing Beyoncé a happy birthday, including her mom Tina Knowles. "38 years ago today you came into my life and i know without a shred of doubt that God sent you!!! I had recently lost my mom and never thought that i could feel that particular kind of love again but," she wrote on her social media alongside a photo of her and her daughter. "7 months later i was pregnant with you (39 years ago people) The moment i saw you i knew that that was IT !!!! We’ve been the best of friends since then. You have brought me such Joy and pride and love and friendship !!! Your heart is as big as Texas !! You are one of the best moms ever ! And I love you soo much. Have the best birthday EVER!!!!"