Hollywood is sending their love to Kevin Hart, who sustained major back injuries after a horrific car accident in the wee hours of Sunday, September 1. The 40-year-old comedian and an engaged couple were cruising around Calabasas in his 1970 Plymouth Barracuda when driver Jared Black lost control. According to the California Highway Patrol, the vehicle smashed through a roadside fence along the infamous Mulholland Highway, rolling down an embankment. Upon news breaking, Kevin’s star friends immediately made their support known. 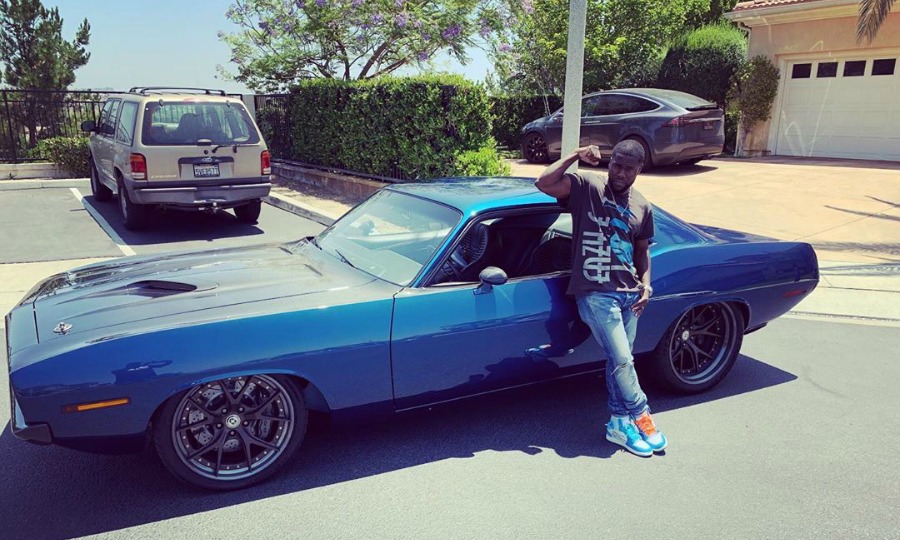 Kevin Hart and his 1970 Plymouth Barracuda

“@kevinhart4real we love you and we are praying for you,” Salma Hayek wrote on what was her 53rd birthday, sharing a photo from when the stars presented at the 2015 Golden Globes together. Another A-lister to chime in was Bryan Cranston, who co-starred with Kevin in The Upside. The Breaking Bad lead asked everyone to "send him positive energy and healing thoughts,” calling Kevin a “good human.”

Kevin’s longtime collaborator and BFF Dwayne “The Rock” Johnson also put out a heartfelt note. “Stop messing with my emotions brother @kevinhart4real. We have a lot more laughing to do together. Love you man. Stay strong.” 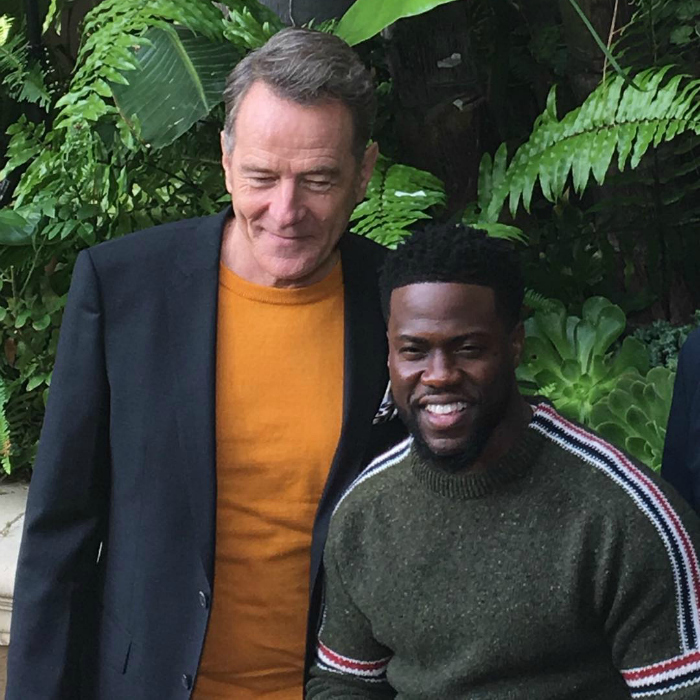 Bryan Cranston was among stars to send their love

Occurring around one a.m. on Sunday, the incident left two of the occupants trapped in the car. TMZ reported that Jared and another passenger, his fiancée Rebecca Broxterman, were found pinned in their seats under the crushed roof. The fire department had to saw off the top in order to free them. Meanwhile, Kevin was immediately transported to his home and eventually Northridge Hospital and Medical Center and then Ronald Reagan UCLA Medical Center for medical attention.

As of now, authorities have confirmed that Kevin and Jared suffered "major back injuries” from the accident. Fortunately for her, Rebecca did not suffer any substantial injuries, only some pain. Kevin had only just purchased the Plymouth in July as a 40th birthday present for himself. We send healing thoughts his way at this time.