Salma Hayek closed out her 52nd year on earth with an empowering statement. The Mexican-American star promoted body positivity, sharing a flirty bikini picture from her end of the summer getaway on Sunday, September 1. Taking a sassy pose in the sand, Salma took an important stance against ageism, shining in a light blue bikini, oversized shades and wet curls. “Yes, tomorrow I’m 53. So!?” she asked her fans along with the photo. Boasting a curvy figure and happy glow, the Academy Award-nominee looks as gorgeous as ever and her celebrity friends agree! 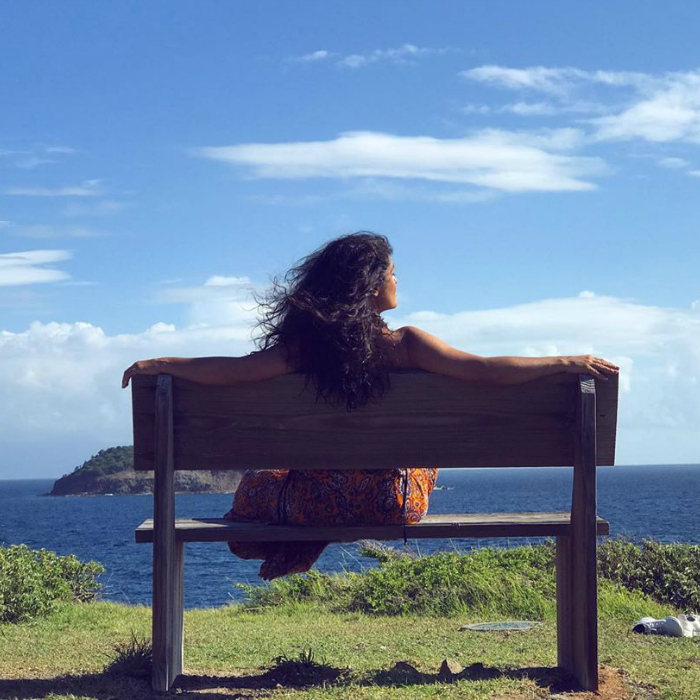 “Happy birthday to all of you September babies,” the actress added to her snap over labor day weekend. Famous friends and fans quickly returned the well wishes and supported Salma, celebrating her contagious confidence. Cindy Crawford read our minds, leaving flame emojis for her powerful pal. Salma returned the heat, reposting the emojis with the comment “back to you baby.”

MORE: Find out the big (and royal) secret Salma had to keep from her hubby 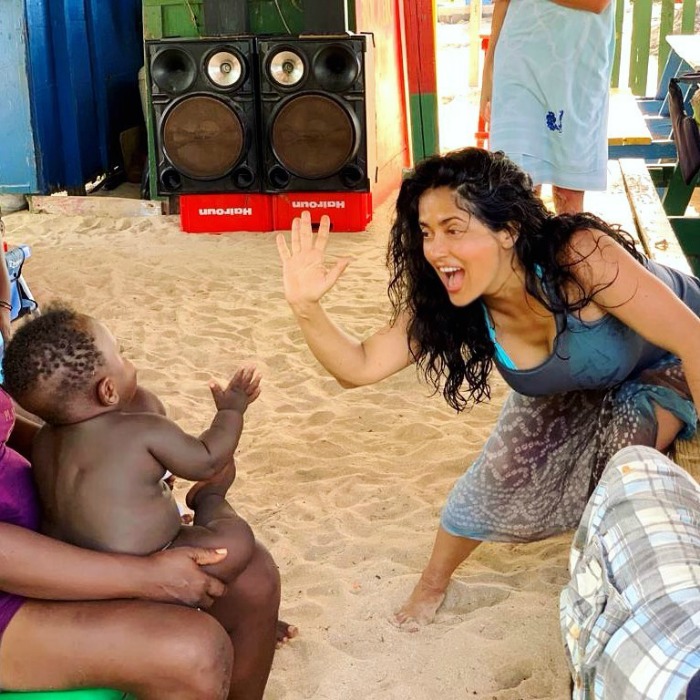 Salma has been enjoying her vacation

Another star birthday note in the mass of messages came from her former onscreen lover Pierce Brosnan. “Happy birthday dear Salma,” he wrote with a heart emoji. There were countless other notes from celebrities and buzzing fans intent on sending their love. Salma is certain to ring her birthday in with many good vibes and a glorious view. The beloved entertainer has been spreeing shores on what seems like an epic vacation.