Ana de Armas’ latest role has us doing a double take. The Cuban-Spanish actress, 31, transformed into Marilyn Monroe for the upcoming film Blonde. From the iconic hairstyle to the red lips, Ana is the spitting image of the late blonde bombshell. The Blade Runner 2049 star was spotted getting into character on Thursday, August 29, in Los Angeles wearing a curve-hugging black dress and pearls on set. 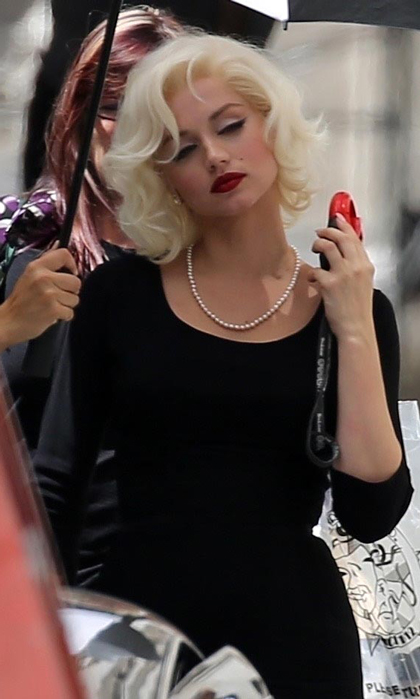 Ana de Armas was spotted on set in character

Adrien Brody, Bobby Cannavale and Julianne Nicholson star in the Netflix film alongside Ana. The Andrew Dominik-directed movie is based on the bestselling novel by Joyce Carol Oates that boldly reimagined the private story of the world’s most famous sex symbol, Marilyn Monroe. The movie, which is currently in production and being co-produced by Brad Pitt, is a fictional portrait of the model, actress and singer during the 50s and 60s, told through the modern lens of celebrity culture.

According to Deadline, Blonde’s director was “intrigued when he saw de Armas in Blade Runner 2049, and they worked long and hard with a dialect coach to lose her Cuban [accent] inflection for Monroe’s breathy delivery before a screen test pleased Netflix and Plan B’s Brad Pitt, Dede Gardner and Jeremy Kleiner.” 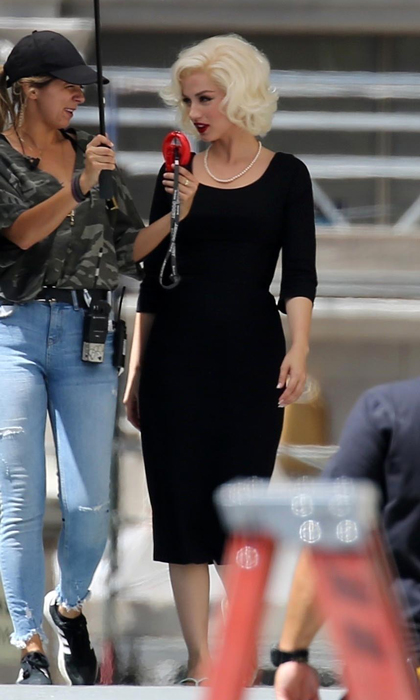 The actress is playing Marilyn Monroe in the Netflix movie

Filmmaker Andrew previously told Collider that he believes Blonde will be “one of the ten best movies ever made.” He added, “It’s a film about the human condition. It tells the story of how a childhood trauma shapes an adult who’s split between a public and a private self. It’s basically the story of every human being, but it’s using a certain sense of association that we have with something very familiar, just through media exposure.”