Joe Jonas is feeling the love on his milestone day! The Cool singer marked his 30th birthday on Thursday, August 15. For the occasion, his wife Sophie Turner gave him the sweetest shout out. “Happy 30th to my love and the best thing that’s ever happened to me @joejonas I love you.” Underneath the caption was a cupcake emoji and a picture of Joe looking into Sophie’s camera. Joe’s celebrations started early and in the sky. After taking the stage with his brothers in North Carolina, the birthday boy was serenaded by a group of fans outside of the area. 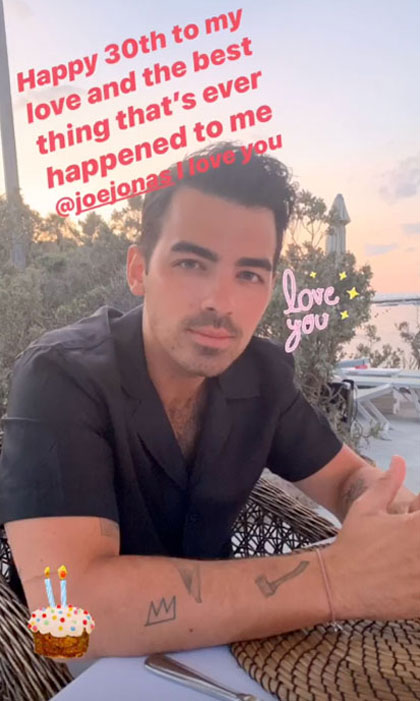 Fellow Jonas Brother Nick took to his social media to share an early birthday wish. “IT’S JOE’S BIRTHDAY! When we party we listen to dynamite obviously In reality what other song is there,” he captioned a video from inside the Jonas' jet during the celebration. What starts as a selfie, ends with the camera panning to the birthday boy who sits on the phone as his wife sings along.

MORE: Here's why the Jonas Brothers had the cops called three times during Joe's bachelor party

On his stories, Nick shares more footage of the birthday celebration. In the clips, Joe dances along to Stevie Wonder’s Happy Birthday as he holds on to his and Sophie Turner’s puppy. Kevin Jonas had love to share for his younger bro as well. The older of the Jo Bros clan took to his social media to share a picture of his brother in action on stage and a special note. 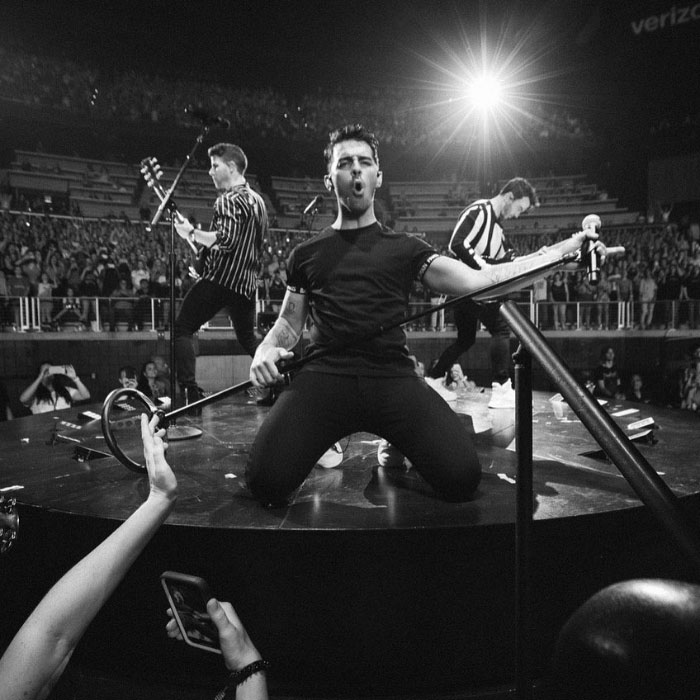 MORE: Sophie Turner reveals the worst day of her and Joe Jonas' lives

“Happy 30th birthday to this incredible dude,” he wrote. “@joejonas you are the man we love you so much now lets play a show and party.” Joe's birthday got a little sweeter. The boys shared that they will take the stage at the 2019 MTV VMAs for the first time in ten years. The trio will perform from a remote location from their hometown of New Jersey when the show airs on August 26.