A few weeks ago, the Jonas Brothers jetted to Ibiza to celebrate Joe Jonas' bachelor party ahead of his wedding with Sophie Turner, which, in case you didn't know, is reportedly taking place this summer in France. Anyways, if you're like us and daydream about that bachelor party weekend, wondering what the J Bros did while partying it up in Spain, you're in luck! In an interview on The Tonight Show Starring Jimmy Fallon, the brothers revealed what exactly went down during that weekend, and apparently, it was extremely wild. 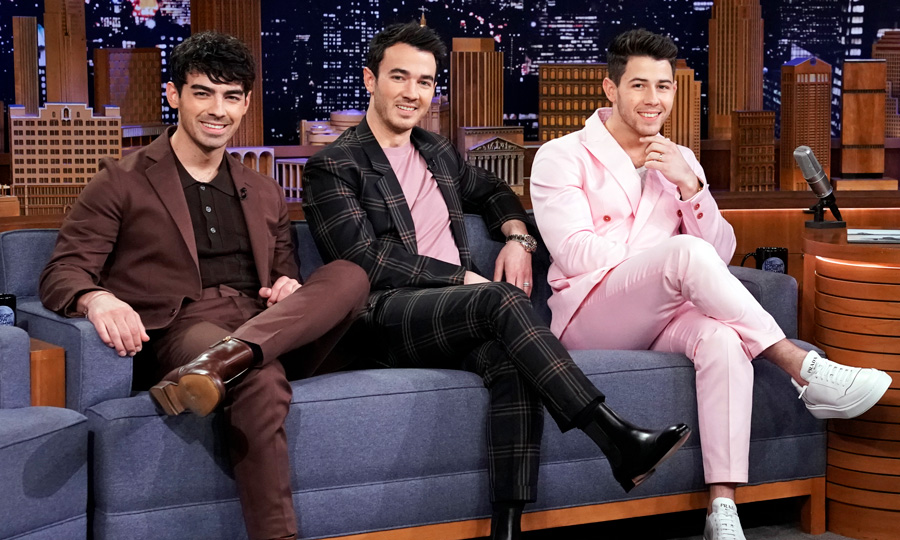 During an interview on 'The Tonight Show Starring Jimmy Fallon,' the Jonas Brothers revealed they had the cops called on them three times during Joe's Bachelor party

During a segment aptly titled Know Your Bro, where the brothers answer questions about each other while one wears headphones,  Nick and Kevin Jonas were asked by Jimmy Fallon to reveal the craziest thing that happened at Joe's bachelor party. Immediately we know this is going to be good because Nick jokingly asks, “Where do we start?” and says, “We had the cops—on the first night—called on us three times.” Kevin laughed and added: “In Ibiza, that shouldn’t happen."

MORE: Party by the ocean! Inside Joe Jonas' bachelor party weekend in Ibiza

Ladies and gentlemen, that's not all—during the boys' weekend, Joe also proceeded to make his own bandana out of a tequila cardboard box (yes, a stiff cardboard box). “He took the cardboard box for 1942, the tequila and somehow cut it to a bandana so it just said 1942 across his forehead,” Nick shared during the game. “And he wore that on a boat all day long.”

Again, that's not all—one night got particularly wild in a nightclub where Joe decided he didn't want anyone to wear a shirt. "Joe ripped off his shirt in a nightclub, and proceeded to rip off two of his friend's shirts in the nightclub," Nick added. 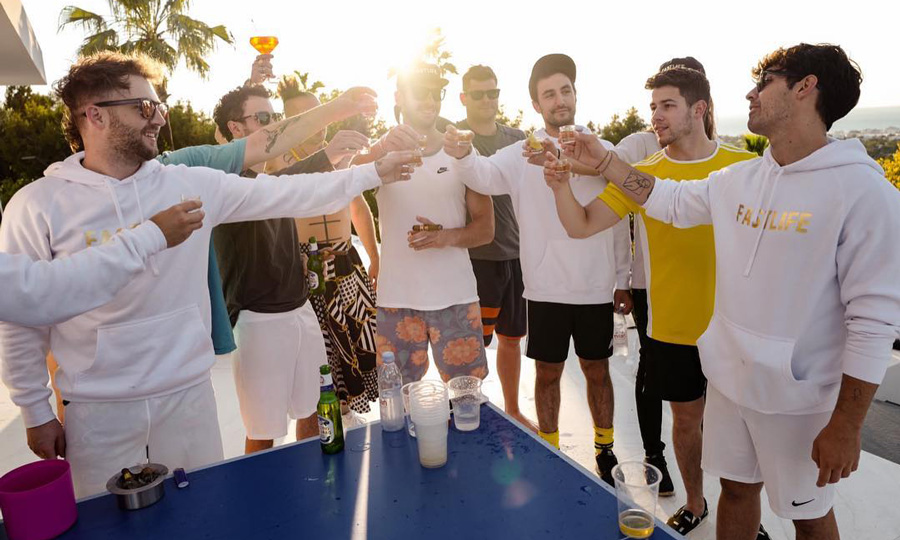 “He took the cardboard box for 1942, the tequila and somehow cut it to a bandana so it just said 1942 across his forehead,” Nick shared Photo: @JoeJonas

At the end, Joe needed to guess what his brothers said, and he did not disappoint. “I’m trying to see if I remember anything,” he said before confirming, “I’m pretty sure we got the cops called on us three times.” Ding, ding, ding!

In other Jonas Brothers news, these are all the details about Joe and Sophie's upcoming France wedding!