Kylie Jenner is getting ready to celebrate her 22nd birthday on the Italian coast, but recently she was seen boarding a private jet with a white dress (which had an apparent long train), and is making her fans think there’s more to celebrate other than another trip around the sun. On August 6, the beauty mogul was seen at Van Nuys Airport in Los Angeles joined by her boyfriend and father of her daughter, Stormi, Travis Scott, her mother Kris Jenner, Corey Gamble, bestie Sofia Richie and Scott Disick. 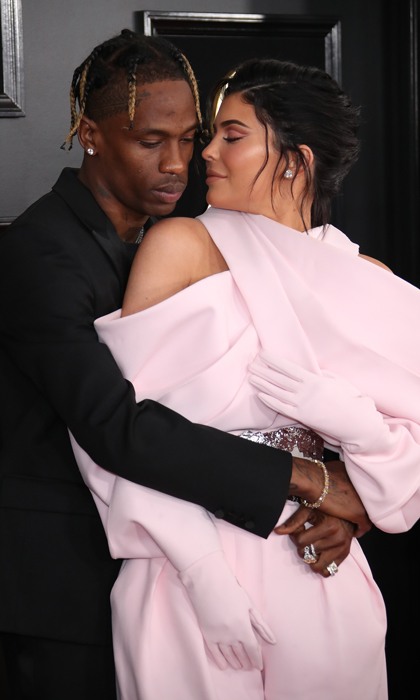 Kylie and Travis’ adorable 18-month-old was also coming along for her momma’s lavish birthday trip. Aside from her loved ones, there was also an unidentified man carrying a large garment bag which could possibly contain a tuxedo.

The Kylie Cosmetics founder and the musician have been together for a few years now, and their eagle-eyed fans are constantly on the lookout for any signs of them getting engaged or even married. Back in May, the mother-of-one added fuel to rumors of her and Travis getting engaged due to a sparkly diamond ring she was wearing during one of her clips on social media. 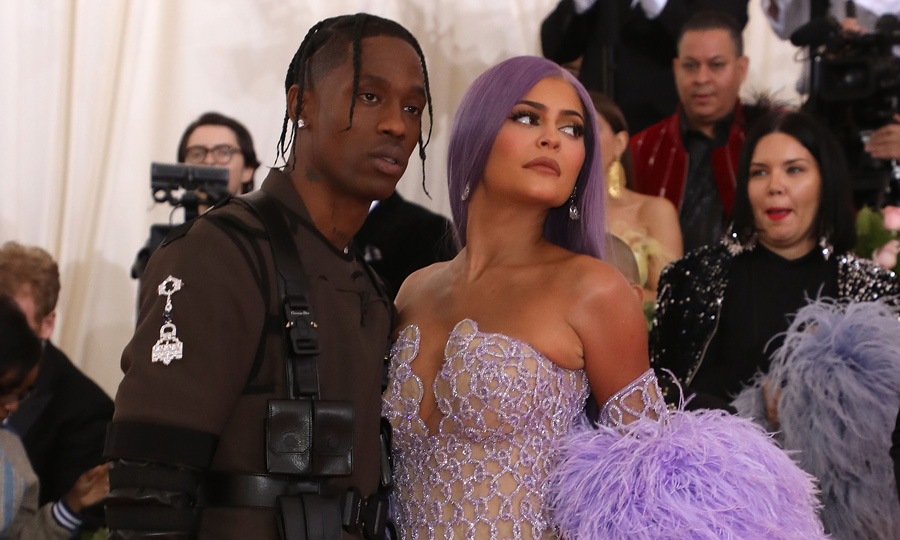 The couple have been sparking engagement rumors for months

Ahead of her birthday, Kylie’s beau surprised her with a romantic gesture for his special lady. The 28-year-old rapper filled her entire home with beautiful red rose petals and gifted her a card that read, “Happy birthday!!! We’re just getting started. I love you!!!”

But this isn’t the first time the Sicko Mode rapper has filled Kylie’s mansion with pretty roses. In November 2018 the performer repeated the ultra-romantic gesture. It wasn't clear whether they were celebrating a special occasion, or if he was simply in the mood to show some extra love to his girl, but Kylie captioned the clip: “Hell of a way to end the night,” which is a reference to her beau’s song, Hell of a night.

In December 2018, the Goosebumps rapper opened up to Rolling Stone magazine about his future with Kylie. “It got to a point where I was like, ‘I need [Kylie] with me to operate. She’s that one,’” he said. “We’ll get married soon. I just gotta sturdy up — I gotta propose in a fire way."