Did Travis Scott put a ring on it? Fan are speculating that Kylie Jenner and the Sicko Mode rapper are engaged after the makeup maven’s latest Instagram stories. On Thursday, May 2, the 21-year-old sparked engagement rumors when she flashed a massive sparkler on her left hand while giving fans an update on her life. During the story session, the Keeping Up with the Kardashians star informed her fans that she has recently been feeling under the weather. In the chat, Kylie waved her left hand in front of the camera and that’s when her over 133 million followers caught wind of the ring. 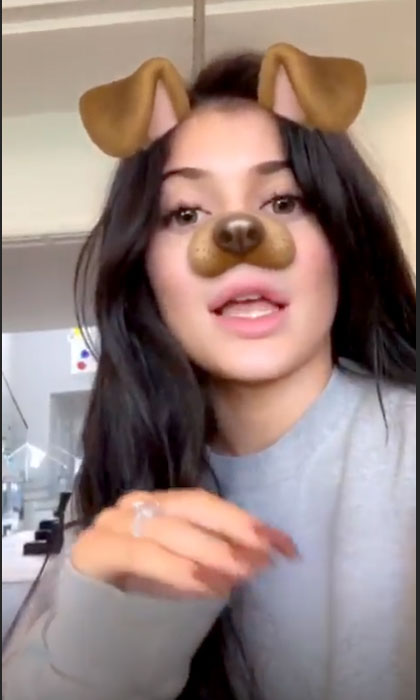 In another moment, the mother-of-one flashed the diamond as she talked about the Kylie Cosmetics annual Cinco de Mayo sale. This round of engagement rumors comes after Kylie pulled out all the stops for her beau’s 28th birthday party on April 30. The reality TV star also took to her Instagram to dedicate a sweet post to her man – and spark additional rumors. “watching you evolve into the partner, friend, son, and father you are today has been so fulfilling,” she wrote.

“My real life bestie & hubby all wrapped into one. i love you and I’m so so proud of you. happy happy birthday  let’s f-ck around and have another baby.” The Antidote rapper wrote back: “I love you mama/wifey. We shall rage 4ever.” In December, the Goosebumps rapper opened up to Rolling Stone magazine about his future with Kylie. 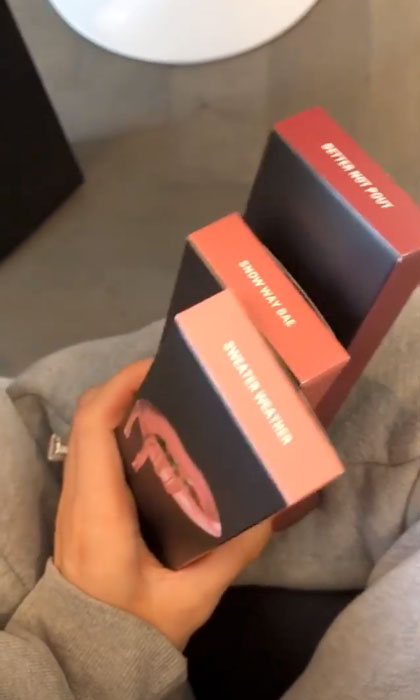 Viewers got a better look at the ring while she promoted her makeup line Photo: Instagram/@kyliejenner

“It got to a point where I was like, ‘I need [Kylie] with me to operate. She’s that one,’” Travis, who shares one-year-old Stormi with Kylie said “We’ll get married soon. I just gotta sturdy up — I gotta propose in a fire way.