Halle Bailey is speaking up after receiving backlash for being cast as Ariel in the live-action remake of The Little Mermaid. "I feel like I'm dreaming and I'm just grateful and I don't pay attention to the negativity," she told Variety on Tuesday, August 7, at the Power of Young Hollywood gala. "I just feel like this role was something bigger than me and greater and it's going to be beautiful. I'm just so excited to be a part of it." 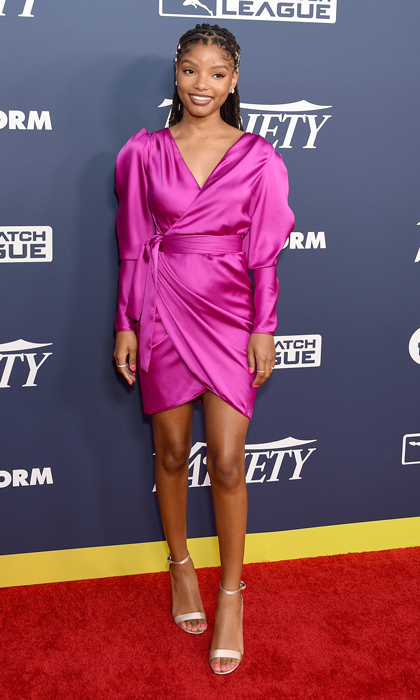 It was announced last month that the 19-year-old singer, of the music duo Chloe x Halle, will play the iconic mermaid. The movie’s director Rob Marshall said in a statement: “After an extensive search, it was abundantly clear that Halle possesses that rare combination of spirit, heart, youth, innocence, and substance — plus a glorious singing voice — all intrinsic qualities necessary to play this iconic role.” Halle expressed her excitement at the time posting, "dream come true... 🧜🏽‍♀️🌊."

The casting sparked backlash, including the hashtag #NotMyAriel, since many argued that the mermaid that was depicted in the original Disney flick was white with red hair. Shortly after, Jodi Benson, who voiced Ariel in the 1989 animated film, spoke out in support of Halle. “The most important thing is to tell the story," she said (via Comicbook.com). "And we have, as a family, we have raised our children, and for ourselves, that we don’t see anything that’s different on the outside. I think that the spirit of a character is what really matters. What you bring to the table in a character as far as their heart, and their spirit, is what really counts.” 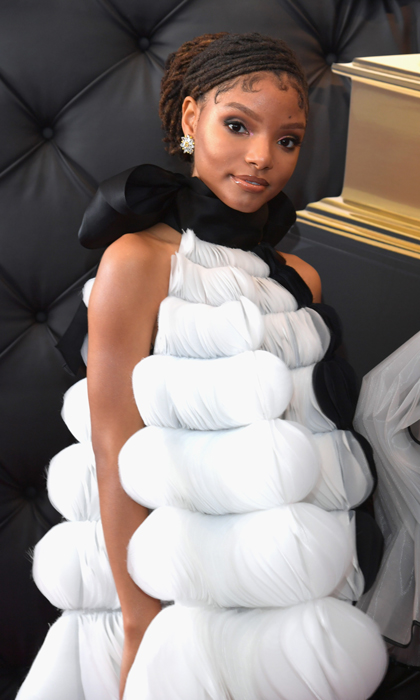 “We need to be storytellers," Jodi continued. "And no matter what we look like on the outside, no matter our race, our nation, the color of our skin, our dialect, whether I’m tall or thin, whether I’m overweight or underweight, or my hair is whatever color, we really need to tell the story. And that’s what we want to do, we want to make a connection to the audience. So I know for Disney that they have the heart of storytelling, that’s really what they’re trying to do. They want to communicate with all of us in the audience so that we can fall in love with the film again.”