Leonardo DiCaprio and Camila Morrone are getting serious. The Hollywood actor, 44, and his 22-year-old girlfriend were spotted vacationing in Italy with their parents—Leo’s mom and dad, George DiCaprio and Irmelin Indenbirken, and the model’s parents, Lucila Solá and dad Maximo Morrone. The families were pictured sightseeing in Rome on Sunday, August 4. The following day, the couple and their moms paid a visit to the romantic Villa d'Este outside of la Città Eterna. 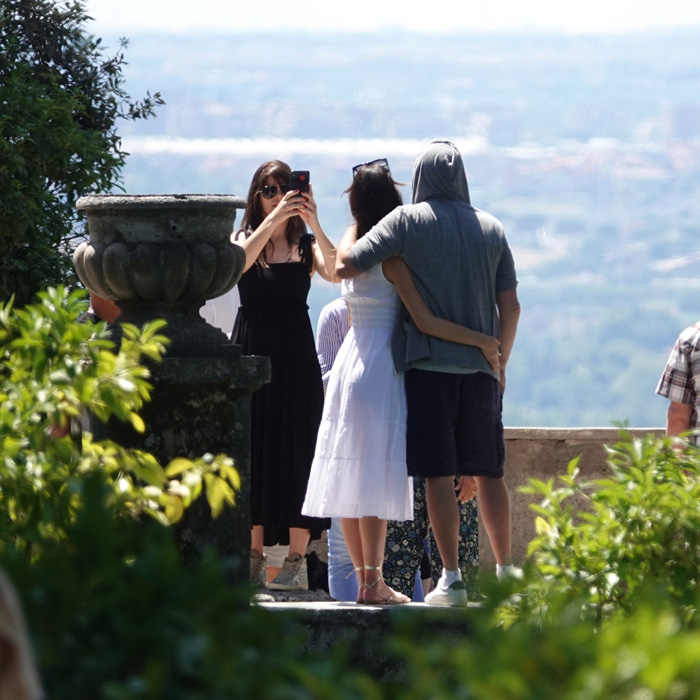 The group played tourists as they strolled through the gorgeous gardens of the 16th century villa in Tivoli. Lucila, dressed in a black frock, snapped photos of her daughter and the Once Upon a Time in Hollywood star as they cuddled close on a ledge. Dutiful boyfriend Leo returned the favor taking pictures of his girlfriend and her mother.

MORE: Leo DiCaprio on the "biggest movie controversy of all time"

The Oscar winner was dressed down for the family outing on Monday, August 5, wearing black shorts, a grey tee, and a short-sleeve zip-up hoodie. Meanwhile, Camila looked fresh and stylish in a white summery dress. Following the outing, Lucila took to her social media page to share a snapshot of herself and her look-alike daughter, presumably one that Leo took, posing at the villa. Alongside the image, she wrote, “The Yin to my Yang 🖤.” Camila also posted of photo of her mother from their Italian holiday. “Mamma in Italia 🇮🇹,” she captioned a picture of her and Lucila twinning in white dresses at the Spanish Steps in Rome. 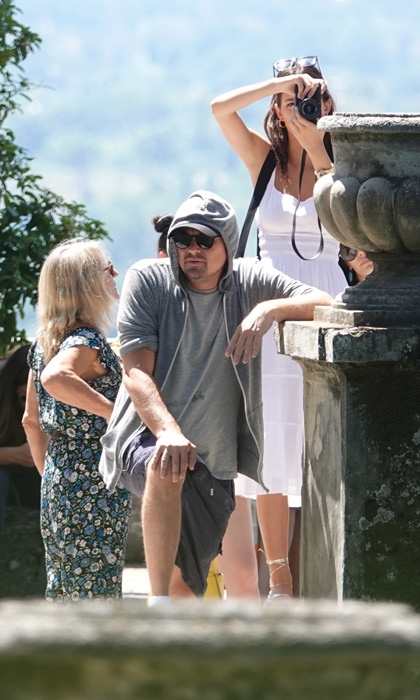 VIEW GALLERY The actor's mom (left, in a printed dress) also joined Leo and Camila (right, in a white dress) on their Italian vacation

The joint family trip is a clear indicator that Leo and Camila’s relationship is going strong. The Argentine-born beauty and the Titanic star, who were reportedly introduced by the model's stepfather and Leo’s pal, Al Pacino, were first linked together in December 2017.

MORE: Can you name all the famous faces in the Once Upon a Time in Hollywood trailer?

Camila recently broke her silence on her and Leo’s 22-year age gap. Alluding to her romance with The Wolf of Wall Street star, the actor’s younger girlfriend posted a picture of Lauren Bacall and Humphrey Bogart, who also had a large age gap, writing “a love like this." After receiving a number of negative comments, Camila addressed haters in a video saying, “Good morning people and happy Friday. I just read some of the comments on my Instagram and...my God, people are so mean and full of anger with people that they know nothing about. I guess I just hope on this Friday that people learn to live with a little less hatred and place their time and interests elsewhere, because living without hatred feels pretty good.”