Victoria Beckham and her family have spent the last few days enjoying the sunshine in Miami. The fashion designer and her crew which included her husband, David Beckham, and sons Romeo and Cruz and daughter Harper, were seen in Mrs. Beckham’s stories on social media where she was sharing images and videos of their trip captioned “We love Miami,” and “Family night out in Miami.” Aside from their love for the sunshine state, Victoria highlighted how much her eight-year-old daughter loves Eva Longoria’s baby boy, Santiago Enrique. 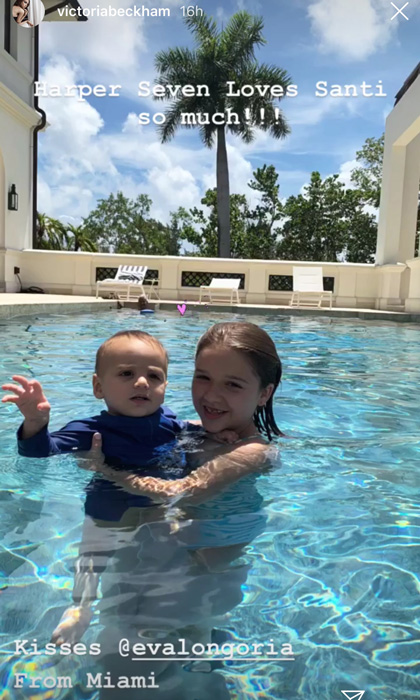 “Harper Seven loves Santi so much!!!” she wrote across a sunny photo of Harper carrying little Santi inside a pool. The youngest child of Victoria and David wears a big smile on her face while Eva’s son looks to be in a happy state. “Kisses @evalongoria from Miami,” she continued.

Although Harper is seven years older than Santi, Brooklyn Beckham’s younger sister loves hanging with the handsome little fellow. And even though Santi is too little to speak his mind, his momma’s making sure their relationship blossoms into a beautiful friendship. The Desperate Housewives alum shared her friend’s post and wrote, “Santi loves Harper!” 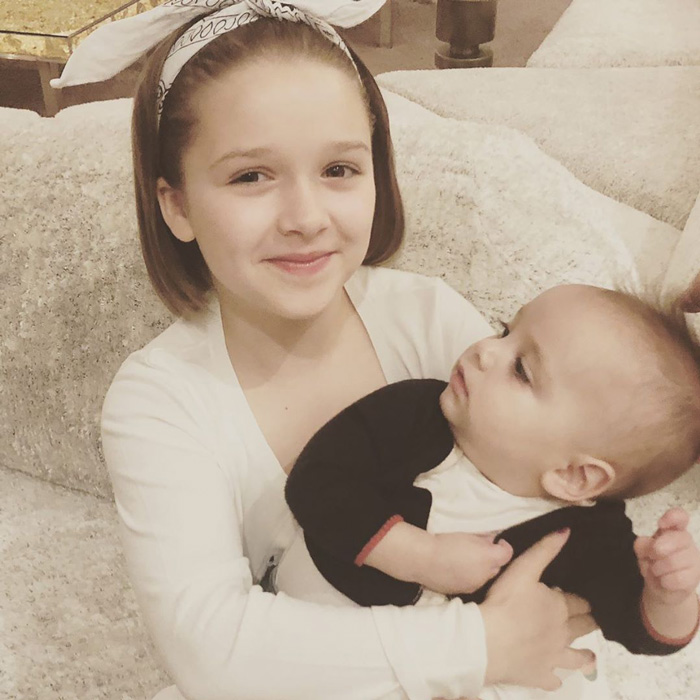 Eva and Victoria love to reunite their kids

Moreover, for Harper’s birthday on July 10, the Grand Hotel actress took to social media to share an adorable snap of the birthday girl warmly smiling while holding Eva’s toddler as he’s gazing up at her. “Happy Birthday Harper Seven! I love you! (And obviously so does Santi from the look of it) #HappyBirthdayHarper.” It wasn’t long before the former Spice Girl commented with a series of heart emojis. 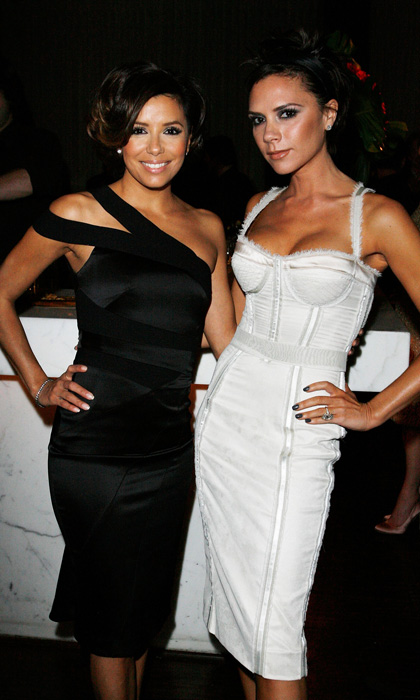 Eva and Victoria’s friendship goes way back and despite the distance and ultra-busy agendas, these leading ladies have done an awesome job at keeping in touch – especially when it comes to milestone moments in one another's lives. When Victoria first met her BFF’s first born, she took to social media to share her excitement with her fans. “Finally meeting Santi,” she exclaimed, “I’m in Love!! X so many kisses @evalongoria and Pepe!! xx Love you so much and could not be happier for u both,” she wrote. We can't wait for little Santi to start walking and maybe he and Harper can have a good ol' time playing hide and seek!