Daddy-daughter date goals. David Beckham enjoyed quality time with his soccer-loving little girl, Harper, on Thursday, June 27, at the 2019 FIFA Women's World Cup match between Norway and England. Harper, seven, looked adorable for the outing, sporting a red bandana headband and England Lionesses jersey as she cheered during the game. Meanwhile, David, 44, looked sharp in a black button-down and blazer. 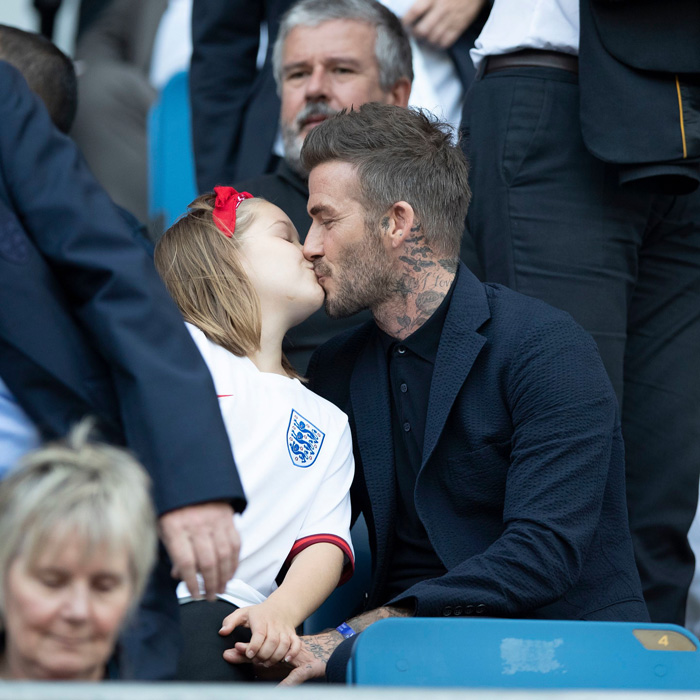 The pair was spotted sharing a sweet kiss during the match and sharing a bag of peanut M&M’s. The father-daughter duo was also joined by David’s mother, Sandra, at the sporting event. Ahead of the game, David and Harper visited the locker room, where they posed for photos with the Lionesses’ head coach Philip Neville and the team’s players.

Sharing a snapshot from the meet and greet, David penned, “So lucky to get to see the girls before tonight’s big game... As a player I know exactly what it means to play in these competitions and to have the support from home which means so much..I just want to say how very proud we all are of every single player, they are doing amazingly well and the whole country is behind them !!! As you can see Harper was so excited to meet the team & is so excited for the game.... Come On England.” 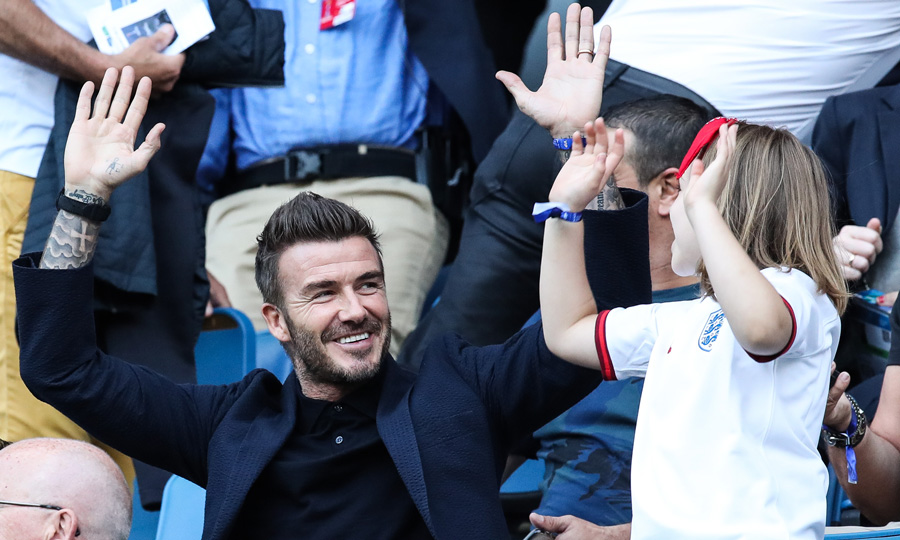 After the Lionesses’ victory, David posted a video of Harper congratulating the team, in addition to a clip of his daughter kicking a soccer ball, which he penned, “This is what happens when you get inspired by the @lionesses..Thank you for inspiring Harper and the next generation of Lionesses.”

Harper’s love for her father’s sport started at a young age. Back in 2015, David shared a picture of his daughter shooting a goal, which he captioned: “Mia Hamm eat your heart out [soccer ball emojis] Harper Seven taking lessons from her brothers ( oh and her dad ).” 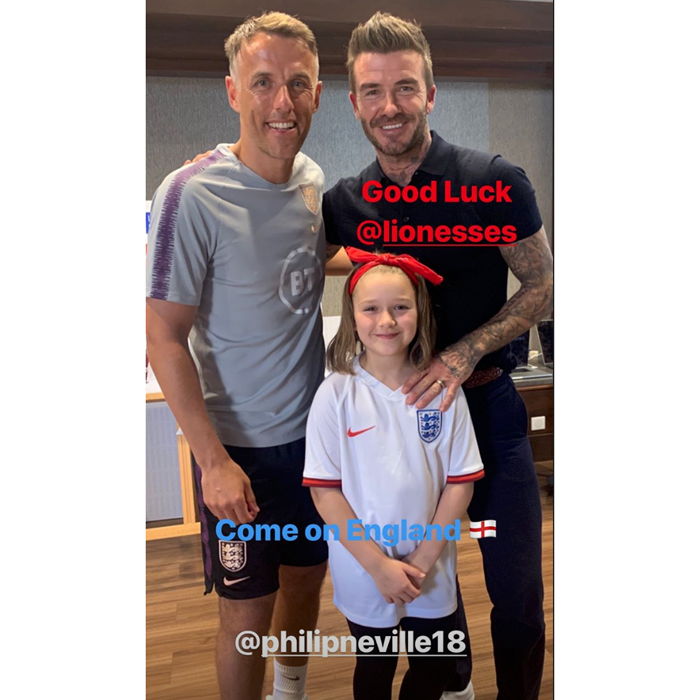 While David’s daughter continues to play the sport, the dad-of-four revealed last year that his and Victoria Beckham’s other kids—Brooklyn, 20, Romeo, 16, and Cruz, 14—do not. During an appearance on The Graham Norton Show, David revealed, “[Harper] started playing every Sunday. She loves it. The boys don’t play, which is heartbreaking.” He added, "They have a talent, but obviously none of them play anymore. So, it's down to Harper."