Having a supportive partner means the world to Chris Hemsworth. The Thor star, who has been married to Elsa Pataky since 2010, revealed the secrets behind their successful relationship. "It's all about the friendship first and that sense of adventure," the Australian actor told Entertainment Tonight. "She became an actress, I became an actor, to travel the world and have experiences like this and to have such wonderful support for one another." 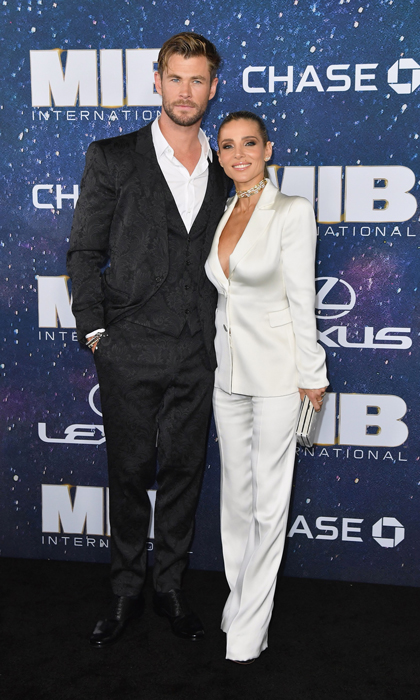 Chris Hemsworth revealed the secrets behind his marriage to Elsa Pataky

While having his wife’s support means “everything” to Chris, he recently revealed that there is something he does that Elsa is “sick” of. During an interview with The Kyle and Jackie O Show, the dad-of-three revealed that the Spanish beauty is tired of seeing him shirtless on the big screen. “She’s just sick of it. She’s just like, ‘Put your clothes on,’” he shared. “It’s not nearly as exciting for her at all.”

The actor admitted that his wife's support means "everything" to him

VIDEO: WHY ELSA PATAKY AND CHRIS HEMSWORTH ARE PERFECT FOR EACH OTHER

Chris and Elsa are parents to daughter India, seven, and five-year-old twin sons, Sasha and Tristan. Although the Hollywood stars are raising their kids in the actor’s native Australia, Elsa is making sure her children never lose their Spanish roots. “[I do it] by surrounding them with Spaniards. I have almost all my family here to speak to them in Spanish,” she told HOLA! USA earlier this year. “I try to educate them and tell them about typical Spanish dishes. I’m going to try to go to Spain almost every summer, so that they know it and experience its culture... so they never lose their roots.”