When Maluma shared a sweet video with his fans last week, he probably could not have predicted that the seemingly innocent post would lead to him deciding to close his main social media account. The Colombian star sparked controversy when he shared a clip of himself petting a baby lion named Mala Mía, triggering a wave of criticism. Followers assumed that the clip was about a new pet and protested that owning the animal was offensive and a violation of animal rights.

SCROLL DOWN TO WATCH THE CONTROVERSIAL VIDEO 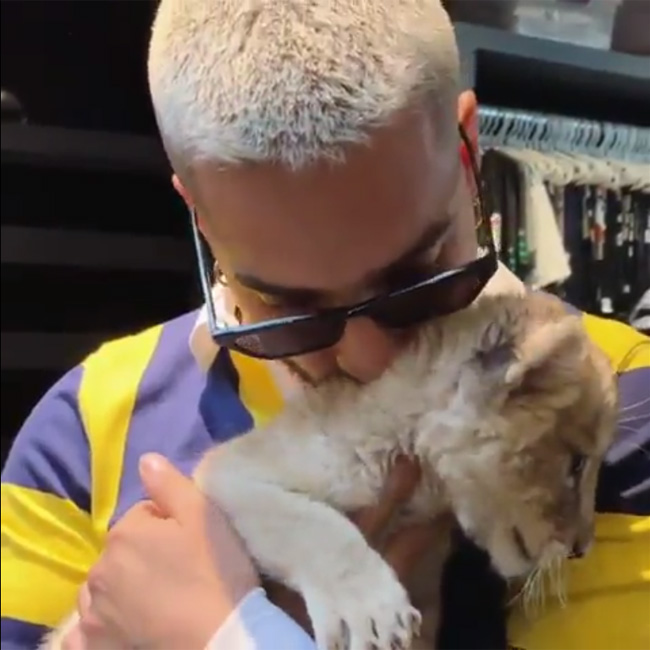 A few hours after sharing the video, which shows Maluma cuddling the adorable lion, Maluma emerged to explain that the controversial clip was in fact shot at The Black Jaguar-White Tiger Foundation, a Mexican sanctuary run by Eduardo Serlo, where the rescued baby lion is cared for in a natural habitat.

RELATED: Maluma kisses the 'love of his life' (and it's not his girlfriend)

However, the star's response seemed to cause just as much backlash as the original video. In a new clip, the star called out those who didn't "understand that the animal is there because it was rescued." He also criticized people who took to social media to complain instead of "going out and buying and food for stray dogs." Fans reacted with a surge of comments - and after Maluma sent his strongly worded message, his social media profile was suddenly deactivated.

In the now-deleted videos, an offended Maluma emphasized that he is dedicated to protecting animals. "I'm an animal lover and I always be. I would never support the trafficking of animals. How could you even think that I could have an animal like that as a pet?" he lamented.

Maluma is currently on the road performing his 11:11 tour which has taken him to Mexico City for a string of shows, and back home waiting for him are his beloved pets. The 25-year-old has two albino huskies named Bonnie and Clyde, who often star in his social media posts. He also adopted Yoga, another pup that stole his heart. The singer also has a number of rescued animals named in his honor at sanctuaries, including baby lion Mala Mía, thanks to his donations and supports to animal causes.