As if Rita Moreno could be any more inspiring, the 87-year-old actress and performer re-made history after becoming the first Latina to achieve ‘PEGOT’ status at the 78th annual Peabody Awards in New York City. On Saturday, May 18, 2019, the Puerto Rican performer was honored with the Peabody Career Achievement Award having previously won an Emmy, Grammy, Oscar and Tony. Rita joined director Mike Nichols and Barbra Streisand, who were also honored that night at the Cipriani Wall Street. 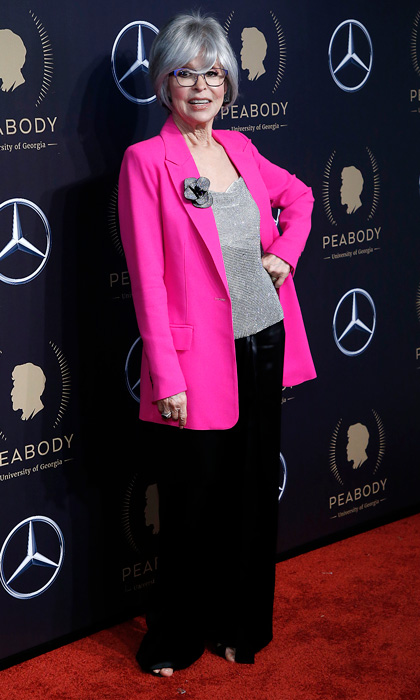 Rita is the first Latina to reach 'PEGOT' status

MORE: Rita Moreno shares the biggest obstacles she faced in her acting career

"I am keenly aware of the high-value Peabody places on storytelling and I am humbled that you consider the story of my life and career worthy," said Rita during her acceptance speech. The legendary star went on to honor her mother, a sweatshop seamstress, as she recalled moving to New York from Puerto Rico at the age of five. "My fame is her fame, therefore, this beautiful precious honor is also in her honor," she said. 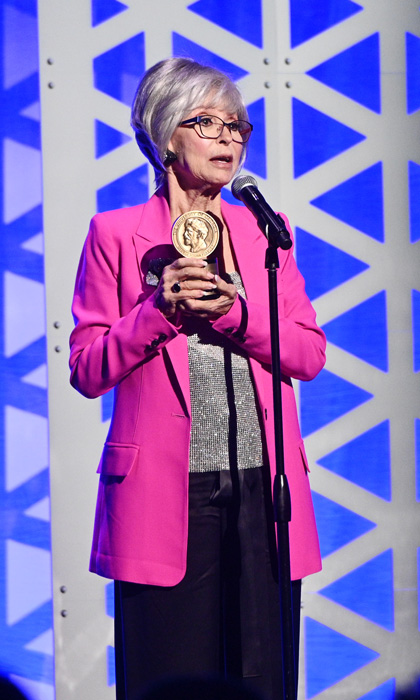 The Puerto Rican actress honored her mother during her acceptance speech

The Peabody Career Achievement Award, which was presented by Mercedes-Benz, is for those whose work in electronic media has left a memorable mark on the field. Previously, Rita, whose career extends over six decades, has won an Oscar for her role in West Side Story, two Emmys, one Grammy and a Tony Award.

MORE: Unbreakable sisterhood: These Latinas are sisters at heart

“Rita Moreno is a unique talent who has not only broken barriers but whose career continues to thrive six-plus decades after her acting debut,” Jeffrey P. Jones, executive director of Peabody, said in a statement. “We are delighted to celebrate her many contributions to entertainment and media, as well as her passion for children’s programming and important social issues.” Her latest achievement bolsters her Latina Powerhouse status. 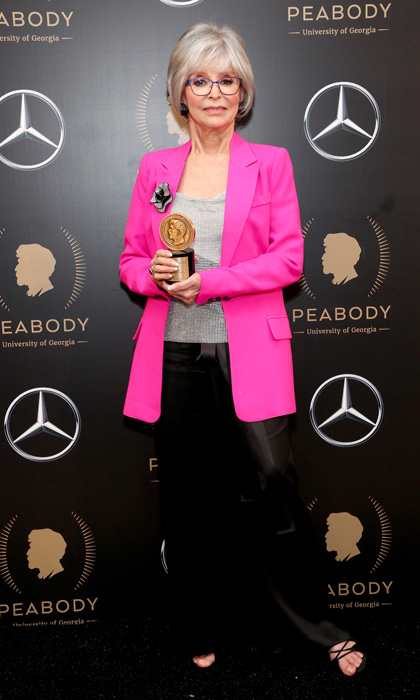 The One Day at a Time star graced the cover of HOLA! USA’s special April issue where she opened up about the obstacles she’s faced as a Latina actress. “Being me. Una boricua. For years, I played dark-skinned girls. Ironically, I never played a Puerto Rican but always the exotic ones—the princesses, the island natives,” she shared.