If you're not acquainted with K-pop boy band BTS, also known as the Bangtan Boys, welcome to 2019 and hola, happy you're finally out from under that rock! The South Korean pop group has taken over America—and the world—with their head-bopping beats and incredibly dapper style. The proof? Of course, their sold out shows across the globe, but tonight, they made history at the 2019 Billboard Music Awards winning two categories, including Top Social Artist. The best part is that they did it all while sporting major swag. 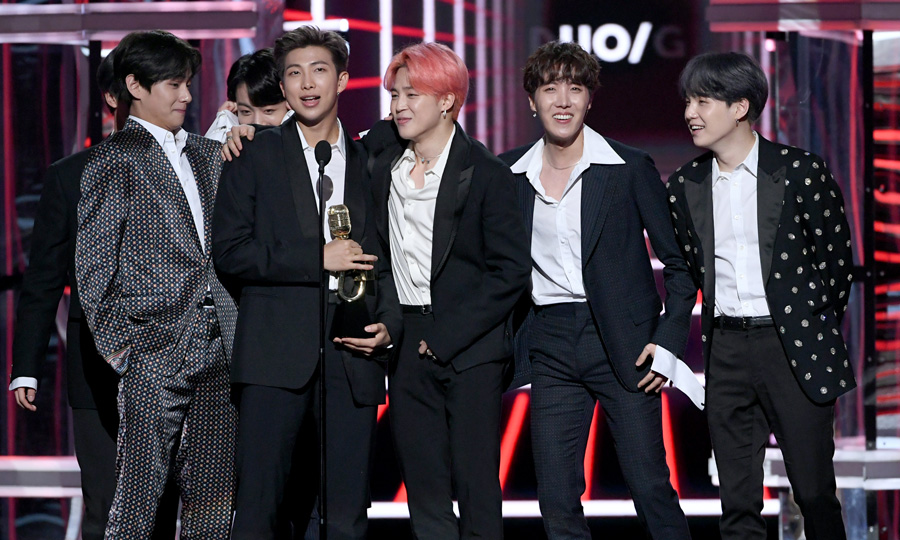 The seven members—V, Jungkook, Jin, Jimin, Suga, RM and J-Hope—all wore matching Alexander McQueen suits, but with their own twist. V decided on a fully-printed suit, while Suga wore a polka-dot blazer. The other members of the group kept it classic with black-colored tuxes. The boys also completed and accessorized their looks with matching friendship bracelets that singer Halsey made for them.

"Every moment is precious, we're so happy we can be a part of this with our fans," they told E! News on the red carpet. At the awards show, the boy band won big and made history. They won Top Social Artist, their first big win in the United States, and they scored the award for Top Duo/Group, making them the first Korean group to win that award. 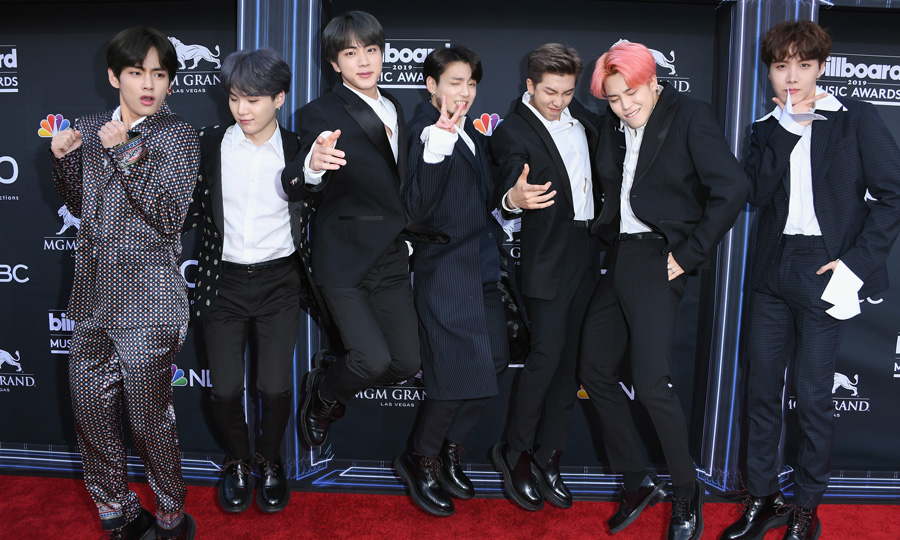 They're also slated to perform their new hit Boy With Luv on stage together with Halsey. As for how that collaboration came about, they revealed that it began two years ago at the Billboard Music Awards. "It all started at the Billboard Music Awards two years ago, RM said during the group's Beats 1 interview. “She told us that she became a fan after she watched music videos. We knew Halsey from 'Closer' [with The Chainsmokers], biggest song of that year. So we met backstage and she came to Korea last year, and we met again. We talked about, like, 'We should collaborate. We should work on something.' We got this track for this album and thought that Halsey would be the best voice for this track. It happened. Boom. Here we are."

Now, go out there and download all the BTS songs—you won't regret it!