Here at HOLA! USA we love a good throwback picture – especially when it involves twinning in super cute pajamas à la Salma Hayek. On Thursday, the actress posted a #TBT on Instagram with her daughter Valentina Paloma in matching butterfly print PJs proving she and her girl are the ultimate in mother-daughter goals. The sweet pic features the Mexican beauty sitting on a bed and her then-younger daughter sitting on top of her while making a funny fish-pout at the camera. 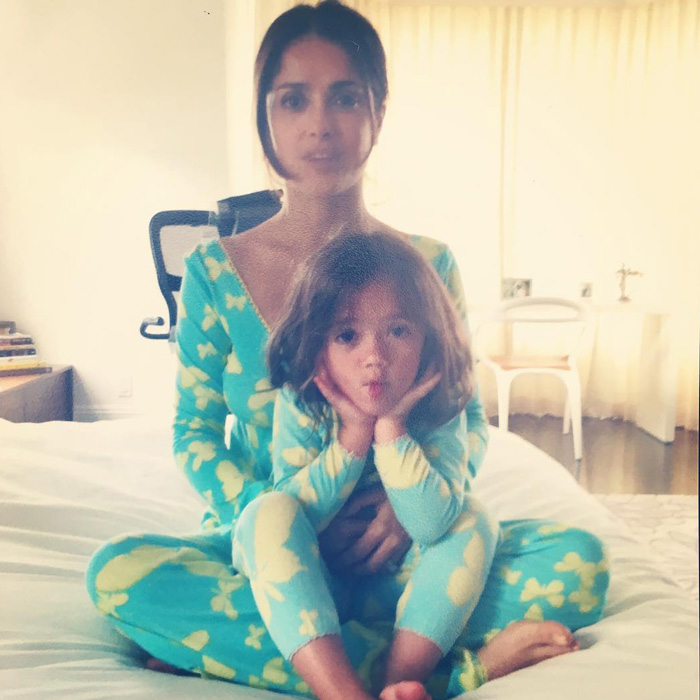 Salma posted a #TBT of her and her only child in cute matching pjs Photo: Instagram/@salmahayek

The actress captioned the photo with, “Pijama twins!” Being it’s a throwback, Valentina appears to be close to four or five years old. Now, Salma and her husband, François-Henri Pinault’s only child is all grown up, and soon-to-be a pre-teen come September. At an early age, she’s already taking after her parent’s stylish ways by attending fashion shows and wearing designer clothes like Gucci and such.

But that should come as no surprise since her mother is one stylish woman and her father is the chairman and CEO of fashion luxury group, Kering. For the most part, Valentina’s early years were kept out of the spotlight, but perhaps, now that she’s getting older we’ll start to see more of her social presence as we did last February for fashion week. The 11-year-old was spotted outside the Bottega Veneta show with her mamá and we must add she looked quite stylish. 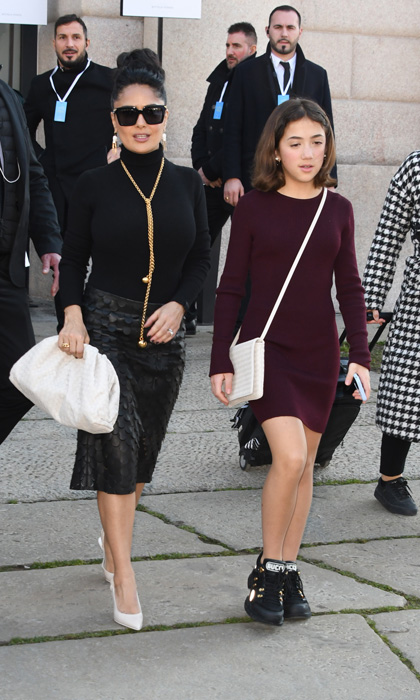 Salma’s Instagram game never disappoints. Not only is the 52-year-old the queen of throwbacks but lately the Frida actress takes to the social app to share glimpses of her work on set for the upcoming action-comedy film, The Hitman’s Wife’s Bodyguard where she co-stars with Ryan Reynolds and Samuel L. Jackson.

MORE: Everything you need to know about Salma Hayek's daughter Valentina Paloma Pinault

Just a day prior, the Hollywood star gaver her fans a followers a peek at her character's secret tattoo. “A little peek of #soniakincaid secret tattoo,” she wrote.