In the past, Selena Gomez has always been candid with her fans about her plight with anxiety and health issues, explaining why she's chosen to take a hiatus from social media. And lately, she's been off the grid except for an occasional post or two promoting her projects. Now, Selena is revealing all her feelings. The 26-year-old appeared on Coach's debut episode of its new Dream It Real podcast, and she opened up about going to therapy, her unhealthy relationship with Instagram and how her friends have saved her life. 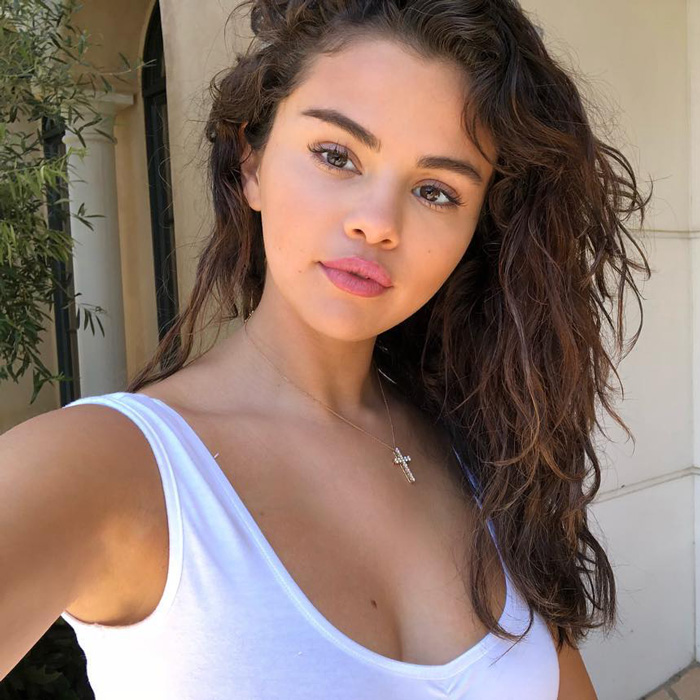 Selena Gomez appeared on Coach's debut episode of its new Dream It Real podcast, and she opened up about going to therapy and how her friends have saved her life, among other topics Photo: Instagram/selenagomez

"I am a believer of therapy," Selena said during the interview. "I wish I could have done a lot of things and experienced things maybe a little differently, but I go to therapy. It's [hard] but it’s amazing. It’s just hard. One of my friends asked you know, I want to start going to therapy, [and I said,] 'It’s good, just tell me how your first experience goes.' And she’s like, 'I don’t really know, and I just didn’t really like it.' And I said to her, 'You have to just give it a month because you can’t go in and do that, and it’s hard for people to open up.' But I think that it’s just one of the most important things to get to know yourself. Not saying everyone in the world has to do it…but I do think that it’s helped me understand myself and my childhood a lot better."

MORE: Selena Gomez's first public appearance has been confirmed and it's for an amazing cause

Another thing the Wolves singer shared was the toxic relationship she has with Instagram. "It is not that healthy to be on it all the time because I noticed with me, I got kind of depressed looking at these people who look beautiful and amazing, and it would just get me down a lot so I just think taking breaks is really important," she explained, adding that she knows it's all fake. "But just know that most of it isn’t real. And I hate to say that, I don’t mean to be rude, but it’s very unrealistic in a lot of ways, and I think that for me, I want to protect the youngest generation because they are exposed to so much information, and I feel like that causes a lot of anxiety at the youngest age. Like, I didn’t grow up with that. I had dial-up internet. I think that sometimes people are exposed to too much, and you should really protect what you’re seeing and be mindful, be really mindful of how it makes you feel."

Selena also talked about her close friends, explaining that they're the ones that keep her grounded. "I mean my friends, without a doubt, have saved my life in multiple situations. I mean that. Because they’re honest, they’re loving, they unconditionally love, they never judge and they give me sound advice. And all my friends are different: one’s in real estate, one works in social media, one works in foundations. It’s just great. We’re all so different and we love each other."

In the end, the singer wanted to leave words of encouragement to her millions of fans, saying that they are "enough" in any situation they may be dealing with. "If you deal with things that are really difficult like family issues, or anxiety, depression or substance issues, I just think that you’re never too far gone. I really believe that," she shared.

She continued: "I think every person is valuable and important and we are all equal and not to, I always feel like I get cheesy, but it’s genuinely from my heart. I care about the world and the only message that I would say is that you’re enough. That you are valued and even if you feel absolutely alone, that there are millions of people that feel that way, and I want to encourage them to get to know who they are and it’s really hard. It’s really, really hard. I don’t want people to think it’s labeled on and it’s gone. I spent years of my life trying to navigate who I am and overcome so many obstacles. So I don’t think it’s easy. I believe in people and I’ve seen amazing people go through the hardest things, and it inspires me."

You can listen to the full episode here.