Wowza! One look at Jennifer Lopez’s stunning figure is all the fitness inspiration you need. The 49-year-old took to Instagram to share news that her collection with activewear brand Niyama Sol has officially launched with a new sexy photo. J.Lo shared a pic of herself wearing a black workout bra and leggings from the collection and all we can say is we’re now reconsidering jumping on her #10DayChallenge bandwagon. The Limitless singer captioned the pic with, “That new new just dropped from my @NiyamaSol collection. Shop my full #JLoxNiyamaSol collection! Link in story!” 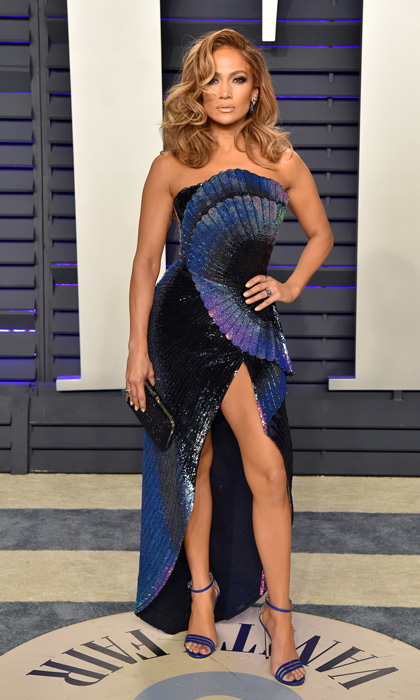 It's no secret J.Lo works hard for that stunning body of her

It’s no secret J.Lo works hard for that flawless body of hers. She and her beau Alex Rodriguez are the ultimate power couple when it comes to exercising as the pair loves to share glimpses of their intense workouts with their fans and followers. Everything from her pole dancing lessons (which totally count as a workout!) in preparation for her upcoming role in Hustlers, to pumping iron together at the gym. And of course, there’s the #10DayChallenge where they completely cut off carbs and sugar.

The mom-of-two impressed us every time she’d share pics of the progress, but on a chat with Ellen on the Ellen DeGeneres Show, the Second Act star revealed it was no easy feat! “It was really hard. Not only do you get a headache, but you feel like you’re in an alternate reality or universe. You don’t feel like yourself," she said. However, the singer promised it makes you feel good about yourself in the end. “It takes down the inflammation and it feels good," she added.

And now for JLo to say that was really hard, must only mean one thing: Diet and exercise may not be the easiest thing to do, but it definitely helps to have cute workout gear, wouldn’t you agree?

Watch JLo strut her stuff on the Grammy's red carpet to see just how much her hard work has paid off!